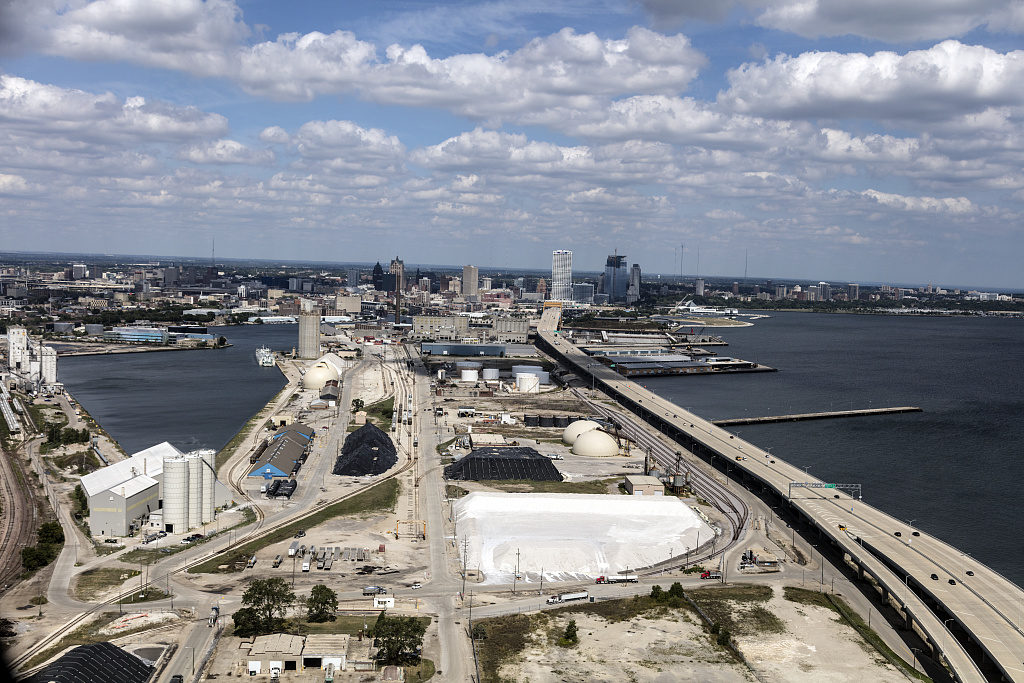 Milwaukee has a mayor-council form of government. The Common Council has fifteen alderpersons, each representing a city district. The mayor is the chief executive and appoints most cabinet-level positions in the executive branch, but the city attorney, comptroller, and treasurer are independently elected. They are not under the direct control of the mayor, though the mayor and Common Council do control their department budgets. Alderpersons and elected executive branch officials serve four-year terms.[4]

Several different Native American groups, including the Ho-Chunk, Menominee, and Potawatomi, inhabited Milwaukee prior to the arrival of white settlers. Each Native American group had its own variation on the name “Milwaukee,” but the most common translation is “the good land.” French missionaries, including Father Jacques Marquette, passed through the area in the seventeenth and eighteenth centuries.[5] French Canadian fur traders Jean Baptiste Mirandeau and Jacques Vieau were the first permanent white residents. They established a trading post in 1795 and were followed by Solomon Juneau, who married Vieau’s daughter Josette Vieau Juneau.[6]

As more settlers arrived in the 1830s, three separate communities were founded near the Milwaukee, Menomonee, and Kinnickinnic Rivers. The Juneaus and Morgan Martin co-founded a village on what is now the lower east side of the city. It was nicknamed “Juneautown.” Byron Kilbourn established a community known as “Kilbourntown” on the west bank of Milwaukee River, across from Juneautown, and George Walker founded Walker’s Point south of the Menomonee River.[7] Bitter rivalries between the first two touched off the Bridge War of 1845 and other feuds. Nonetheless all three communities decided to merge into the City of Milwaukee on January 31, 1846. Solomon Juneau was elected the city’s first mayor.[8] The incorporated city was a little more than seven square miles. The borders were from Twenty-Seventh Street in the west to Lake Michigan in the east and from North Avenue (dropping to Walnut Street west of Sixth Street) to Greenfield Avenue in the south.[9]

In the mid-nineteenth century Milwaukee had three major white cultural groups. Significant numbers of Yankee-Yorkers (migrants from New England and New York) settled in Milwaukee in the 1830s and 1840s. Many of these Yankee-Yorkers established businesses and built prominent homes near the downtown area. Germans, who were Milwaukee’s largest ethnic group throughout much of its history, settled all over the Milwaukee area, but their biggest concentrations were north and west of the original Kilbourntown. Irish immigrants escaping the Potato Famine established a community in what is now called the Historic Third Ward. The Yankees tended to be Presbyterian or Congregationalist; the Germans were Catholic or Lutheran; and the Irish were overwhelmingly Catholic. There were also small pockets of other Northern and Western Europeans, a few Slavs from Eastern Europe, and almost one hundred African Americans in Milwaukee by 1850.[10]

These manufacturing giants attracted more immigrant workers. By 1890, 86.4 percent of all Milwaukeeans were foreign-born or the children of immigrants, which made Milwaukee the most European city in the United States at the time. Polish immigrants filled the south side of the city; there were also groups of Italians, Greeks, Serbs, Slovenes, Croats, and Eastern European Jews in Milwaukee.[15]

Unusually for a midwestern industrial city in the twentieth century, Milwaukee’s borders kept expanding to match the growing population within the city limits. The suburbs of Bay View and North Milwaukee consolidated with the city in 1887 and 1929. The city expanded to twenty-six square miles in 1920 and forty-three square miles in 1930 as it annexed unincorporated township lands. Suburban residents were often eager to obtain city services such as running water, sewage, police and fire protection, and schools.[16] Annexation continued after World War II, eventually absorbing large portions of the Town of Lake in 1954 and the Town of Granville by 1962. The Town of Greenfield, however, was annexed in small, irregular pieces until what was left of the town incorporated as the City of Greenfield in 1957.[17]

Upon annexation, these newly developed neighborhoods were almost exclusively occupied by white families. African American families found it difficult to obtain home mortgages and rental opportunities outside of the Inner Core. Segregated residence patterns led to segregated schools. Catholic priest James Groppi led the protest movement for an open housing ordinance in 1967 and 1968. Lloyd Barbee successfully led the legal challenge to segregated schools, and Milwaukee Public Schools adopted an integration plan in 1976.[18] Milwaukee remains, however, one of the most segregated metropolitan areas in the United States.[19]

Milwaukee’s economy shifted away from manufacturing in the 1960s and 1970s as many manufacturers closed local factories and relocated to the southern United States, Mexico, or Asia. By 1985, Milwaukee’s manufacturing jobs had declined by 80% from its 1960 numbers. That was a greater loss of manufacturing than any other US city. The jobs that remained were low paying and in the service industry.[20] However, the city’s economic base showed signs of improving in the twenty-first century. Downtown and the surrounding neighborhoods began to gentrify,[21] light manufacturing began to move back into the city, and new technological industries were developed.[22]

Dahlk, Bill. Against the Wind: African Americans and the Schools in Milwaukee, 1963-2002. Milwaukee: Marquette University Press, 2010. 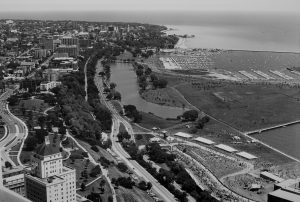 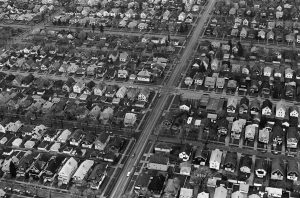 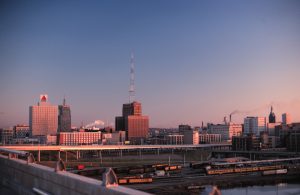 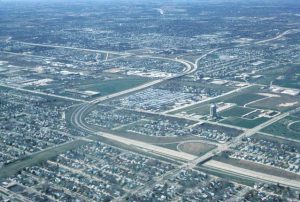 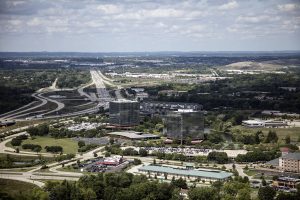