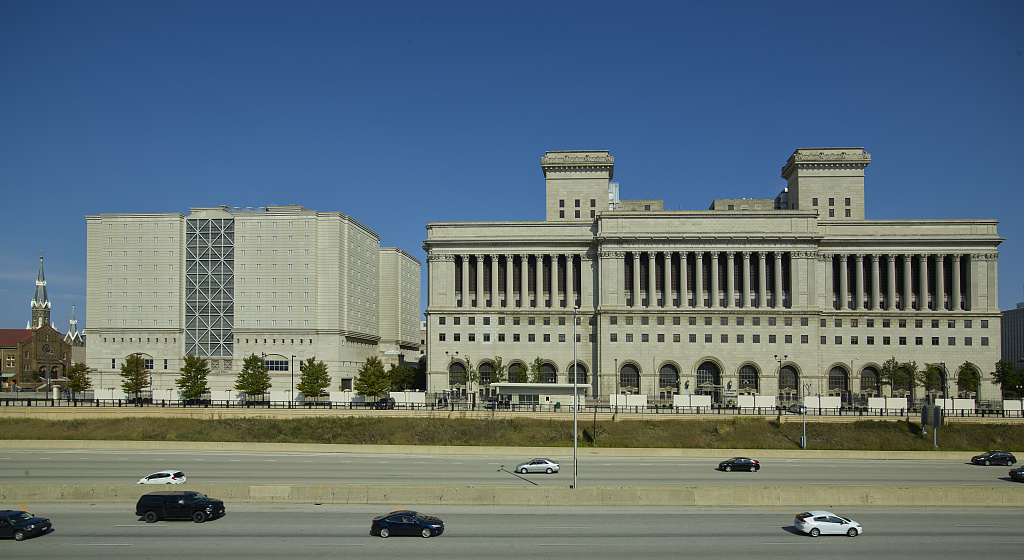 Milwaukee County is the most populous county in Wisconsin. It has 947,735 residents as of the 2010 federal census.[1] The county consists of nineteen municipalities, including ten cities and nine villages. There are eighteen public school districts in the county.

As a political entity, Milwaukee County was established by the Michigan Territorial Legislature on September 6, 1834, having been part of Brown County prior to that date. Milwaukee included the present-day counties of Dodge, Jefferson, Kenosha, Milwaukee, Ozaukee, Racine, Rock, Walworth, Washington, and Waukesha, as well as more than half of Columbia County and nearly half of Dane County. Wisconsin became a territory in 1836, and the new territorial government excised all but Waukesha from Milwaukee later in the year. Waukesha County became independent in 1846, leaving Milwaukee County with its present borders.[2]

The State of Wisconsin provides essential services, such as courts and social services, to its residents through county governments. Counties often contain several municipalities, including cities, villages, and towns. Cities and villages are mostly self-governing and under the terms of home rule provide most of their own direct services, such as police and fire protection, street repair, running water, and sewage treatment. Towns, on the other hand, lack the resources to provide most of these services and rely on the county for many of them.[3] The Town of Milwaukee’s boundaries were originally coterminous with Milwaukee County’s boundaries. Thirty-nine town residents, including one African American, participated in the town’s first elections in 1835. They chose George Walker as supervisor and Horace Chase as town clerk.[4] The preserved old town hall is now located in the suburb of Glendale.[5]

New towns were established as the population increased. In 1838, the Wisconsin Territorial legislature split the town into the Town of Milwaukee and the Town of Lake at what is now Greenfield Avenue. The portion of Lake west of Twenty-Seventh Street became the Town of Kinnickinnic in 1839. The section of Kinnickinnic south of College Avenue became the Town of Franklin later that year. In 1840, the section of Lake south of College Avenue became the Town of Oak Creek, and the Towns of Wauwatosa and Granville were split off from the Town of Milwaukee at Twenty-Seventh Street. Kinnickinnic was renamed Greenfield in 1841. There were 3,349 people living in Milwaukee County in 1840, and almost half of them lived in these towns.[6] The towns also contained unincorporated communities, some of which consisted of the intersection of two major roads and the surrounding farms and businesses.[7]

The majority of Milwaukeeans lived in one of three settlements near the Milwaukee and Menomonee Rivers. These communities were known as “Juneautown,” “Kilbourntown,” and “Walker’s Point.”[8] They merged into the City of Milwaukee in 1846.[9] The incorporated city was a little more than seven square miles. The borders were from Twenty-Seventh Street in the west to Lake Michigan in the east and from North Avenue (dropping to Walnut Street west of Sixth Street) to Greenfield Avenue in the south.[10]

The city of Milwaukee pursued an aggressive annexation plan in the late nineteenth and early twentieth century. Annexation could be voluntary or involuntary in unincorporated towns and could be conducted in pieces. If one neighborhood that was adjacent to a city voted for annexation, then the neighborhood was annexed, while the rest of the town remained independent. Residents of towns voted for annexation when they desired services that the city could provide but the county could not. The entire suburb of Bay View voluntarily joined the city in 1887, and North Milwaukee joined in 1929. By 1900, the city’s boundaries had moved north to Keefe Avenue, south to Cleveland Avenue, and west to Thirty-Fifth Street. The city grew to twenty-six miles by 1920 and forty-three miles in 1930. What remained of the Town of Lake joined the city in 1951; Granville’s final annexation to Milwaukee was begun in 1956 .[11]

Socialist mayors Daniel Hoan and Frank Zeidler wanted to use annexation to create one metropolitan government under city authority in the interest of efficiency and thrift. But many suburban residents wanted to maintain their independence. The state allowed a town or a portion of a town to incorporate as a village or a city if the people could demonstrate that they could provide for themselves. Some of these communities had industries that could be taxed. Milwaukee’s independent industrial suburbs included South Milwaukee (1892), Cudahy (1895), West Allis (1902), and West Milwaukee (1906). Other suburbs lacked industry but had wealthy homeowners who could pay taxes. They included Whitefish Bay (1892), Shorewood (1900, incorporated as East Milwaukee), Fox Point (1926), River Hills (1930), and Bayside (1953). Wauwatosa (1892) and Glendale (1954) contained a mix of industry and taxable residences. The suburbs of St. Francis (1951), Hales Corners (1952), and Brown Deer (1955) did not have a lot of industry or homes but had significant enough populations in the post-World War II years to convince the state to allow incorporation. The State of Wisconsin changed the population criteria in 1955 at the request of the Town of Oak Creek so that rural communities adjacent to the city could incorporate as cities. This statute, nicknamed the “Oak Creek Law,” it allowed Oak Creek (1955), Franklin (1956), Greenfield (1957), and adjacent suburbs in Waukesha and Ozaukee counties to block further annexation by the City of Milwaukee. The remaining Milwaukee County suburb, Greendale (1938), was a planned federal greenbelt community and originally had little in common with the other suburbs.[12]

As the population grew, the County acquired additional responsibilities beyond policing, courts, and social services. These new services included the park system, the zoo, the airport, and Milwaukee County Stadium. By the 1950s, it was no longer efficient to have all these services supervised by a part-time elected board. With consolidation with the city no longer a realistic possibility, the state created the position of county executive in 1959. John Doyne was Milwaukee’s first. Since 1950s, the county helped develop Milwaukee’s freeway system, expanded social services and access to health care, took over the public transit system and the Milwaukee Public Museum, and built the Milwaukee Art Museum.[13] 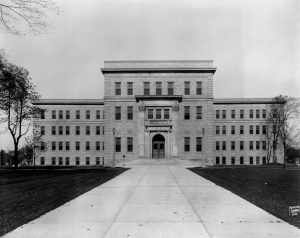 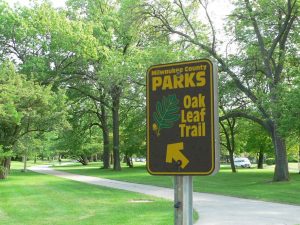 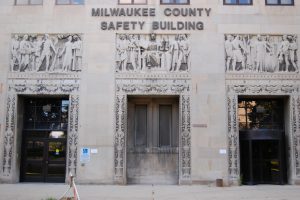