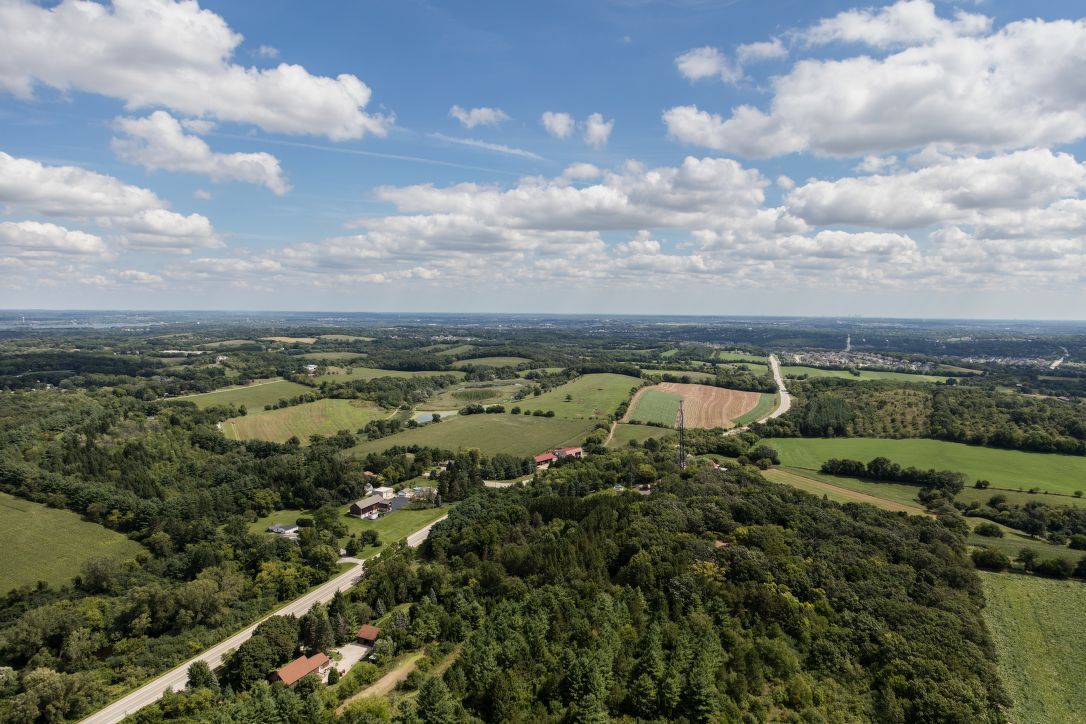 Beginning in the 1600s, France, Virginia, New York, Massachusetts, Connecticut, Indiana, Michigan, Ohio, and Illinois all claimed portions of what is now Waukesha County. Not until 1818, when the Michigan Legislature organized Brown County, did one of the most prosperous counties in Wisconsin begin to take shape. In 1834, it became part of the newly-formed Milwaukee County, which extended seventy-two miles north of the Illinois border and west to Dane County. Waukesha County was carved out of Milwaukee County in 1846. It is now bordered on the east by Milwaukee County, to the south by Racine County and Walworth County, to the west by Jefferson County, and to the north by Dodge County and Washington County. Within Waukesha County’s 549.6 square miles there are eleven towns, nineteen villages, and seven cities.[1] The two largest municipalities are the City of Waukesha (population 70,718) and the City of New Berlin (39,584), while the smallest are the Village of Chenequa (590) and the Village of Oconomowoc Lake (595).[2]

Waukesha County has many jobs in the manufacturing and service sectors. The largest employers are ProHealth Care, Kohl’s Corporation, General Electric Healthcare, Roundy’s, and Quad/Graphics, each with between 2,950 and 5,000 employees. Of these five largest employers, two have corporate headquarters in the county: Kohl’s (Menomonee Falls) and Quad/Graphics (Sussex).[4]

The first inhabitants of Waukesha County were Native Americans. Paleo-Indians occupied the region following the retreat of the glaciers starting around 11,000 BCE. As the climate warmed starting around 6000 BCE, abundant small game, fish, and edible plants allowed a shift from nomadic patterns toward a more settled society. By 1600 CE, residents supplemented hunting and fishing with complex agriculture centering on cultivation of corn, beans, and squash. The few surviving effigy mounds erected by the Woodland culture (approximately 650 CE to 1200 CE) testify to the historical presence of Native Americans. Additionally, later residents used Anishinaabemowin and other Algonquin languages to name the county itself, its municipalities, and local lakes, including Chenequa, Mukwonago, Muskego, Nagawicka, Nemahbin, Nashotah, Oconomowoc, and Pewaukee.

The Potawatomi arrived in the area in the 1600s after being displaced by wars with the Iroquois Confederacy. They were the primary residents of what is now Waukesha County until the nineteenth century. They built a village of at least 1,000 people at the site of the future City of Waukesha. Other Potawatomi lived in large villages in Pewaukee, Mukwonago, and Muskego Lake. However, the 1833 Treaty of Chicago ceded almost all native land in southeastern Wisconsin to the United States government. The majority of Native Americans left Waukesha County by 1838, but small groups of Potawatomi returned seasonally to Waukesha County well into the 1860s.[6]

Europeans first visited the Waukesha area in 1804. Aumable Vieau, Solomon Juneau’s brother-in-law, was sent to Prairie Village (now City of Waukesha) from 1827 to 1829 to trade with the Potawatomi. The first permanent white settlers, Morris D. and Alonzo R. Cutler and Henry Luther, built Prairie Village. They arrived together in May 1834 and built homes along the Fox River. Other Yankee-Yorkers and European immigrants followed, starting settlements in Pewaukee (1836), Mukwonago (1836), Oconomowoc (1837), Summit (1837), Lisbon (1838), and New Berlin (late 1830s). By 1840, there were approximately 2,256 people living in the county.[7]

Agriculture was integral to population growth. Wheat production, timber harvesting, proximity to markets, and access to numerous rivers and streams set a foundation for growth. Many early settlements sprouted up on potential mill sites along the Fox, Oconomowoc, and Bark rivers. Agriculture became so important that Wisconsin’s first county fair was held in 1842 on the current site of Carroll University. By 1850, the population of Waukesha County rose to 19,258, due largely to farming. However, soil degradation and the loss of a consistent labor force during the Civil War forced farmers to shift away from wheat cultivation. Hops became a short-lived alternative, with growing operations emerging along the Bark River and around Oconomowoc and Sussex in the late 1860s and lasting into the 1880s. The wool industry was an agricultural alternative to wheat, but dairying proved the most sustainable into the twentieth century.[8]

Technological advances in transportation were also crucial to Waukesha’s growth. In 1836 Byron Kilbourn planned a canal project to connect Lake Michigan to the Rock River via the lakes of Waukesha County; he abandoned the project by 1848 without its leaving Milwaukee. The Watertown Plank Road operated until 1855. In 1851, the Milwaukee and Mississippi Railroad reached the village of Waukesha, with lines connecting to the western villages of Waukesha County by 1852. Railways spurred agricultural output and transformed the county into a tourism hub, particularly in its northwestern section, often referred to as Lake Country. Wealthy Milwaukeeans and Chicagoans took trains to the mineral spring resorts of Waukesha or the numerous summer hotels that dotted lakes like Pewaukee, Okauchee, and Pine. By 1900, Waukesha County’s population was 35,229, including a sizable number of residents born in Germany or Scandinavia.[9]

By 1930, Waukesha County had approximately 52,000 residents. Industrial work became more central to the county’s economy. Metal-working, foundries, and machine shops had become common in the county’s more urbanized municipalities. As industrial opportunities rose in the 1920s and 1930s, Puerto Ricans, Mexicans, and Mexican-Americans from Texas began calling Waukesha home. From 1940 onward, Waukesha County’s population grew by 23,000 to 73,000 people each decade. From 1950 to 1980 the number of farms in the county declined by 2,000, while at the same time the number of manufacturing establishments increased from 306 to 736. From 1960 to 2010, the county’s population more than doubled, increasing from 158,249 to 389,891. The Latinx population in particular grew significantly between 1990 and 2000, nearly doubling from 5,448 to 9,503. This skyrocketing residential growth resulted in increased pumping of groundwater, which led to water quality issues in several municipalities in the county, particularly in the City of Waukesha.[10] 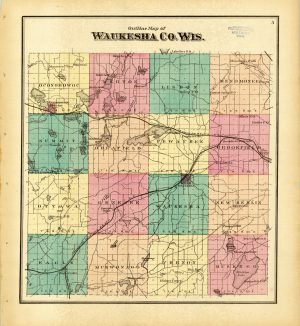 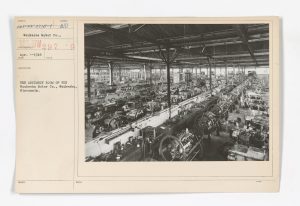 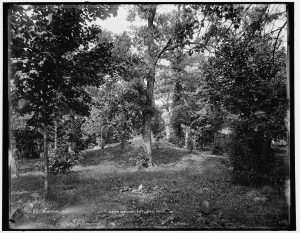