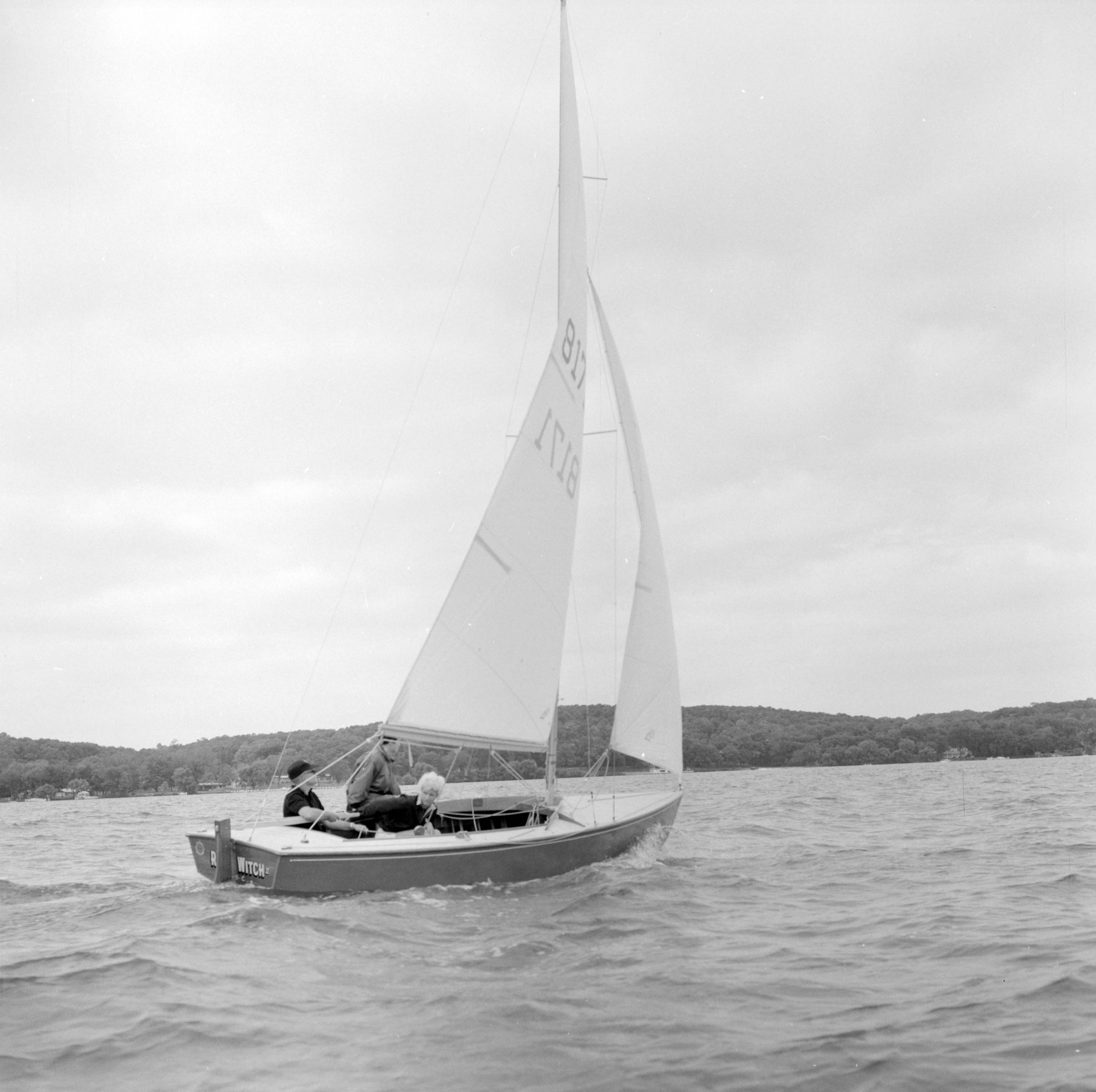 Walworth County is a county in southeastern Wisconsin, comprising approximately 555.1 square miles, with a population of 102,228 according to the 2010 United States census. Elkhorn, the county seat, is approximately 41 miles southwest of the City of Milwaukee. Walworth County borders the State of Illinois, and Kenosha, Racine, Waukesha, Jefferson, and Rock Counties in Wisconsin. A number of lakes lie within the county’s borders, notably Geneva Lake, Delavan Lake, and Whitewater Lake, along with a portion of the Kettle Moraine State Forest.[1] Walworth County is home to the University of Wisconsin-Whitewater and a campus of Gateway Technical College.

Walworth County’s undulating topography was formed by periods of glaciation, which ended more than 10,000 years ago. This glaciation formed the kettle moraine in the northwestern part of the county and the various depressions that formed the numerous lakes throughout the county.[2]

Walworth County’s economy was largely founded on agriculture, which remains crucial to the county’s twenty-first century economy even as other land uses take hold. As of 2000, approximately 64% of the county’s land was dedicated to farming, although only 46% was agricultural by 2017.[3] Corn, hay, and soybeans make up the largest output of crops, and dairy farming continues to be important. Commercial and manufacturing activities also constitute a significant part of the economy. Tourism has long been vital to the growth and economic strength of Walworth County.[4] After the Civil War, the lakes and surrounding hills came to be valuable for resorts and vacation homes. Sailing proved to be so popular that Lake Geneva became known as the Newport of the West.[5]

Certainly Paleo-Indians were present in Walworth County, as in other parts of Wisconsin, approximately 10,000 years B.C.E. However, the mound-building Native Americans of the Woodland culture are among the earliest well-known residents of Walworth County. Geometric and effigy mounds were built in various places in present-day Walworth County, including lizard and bow-and-arrow shaped mounds in the Geneva Lake and Como Lake area. Mounds in the Maples Mound Group, near Whitewater, appear to have been oriented to compass or solstice points.[6] At the time of the arrival of non-native settlers in the 1830s, Potawatomi villages stood near the western end of Geneva Lake, on either shore of Delavan Lake, and near the present-day cities of Whitewater and Burlington.

The Potawatomi Chief known to white settlers as Big Foot is recalled to this day as the namesake of Big Foot High School, in the Village of Walworth, and Big Foot Beach State Park, on the eastern end of Geneva Lake. Chief Big Foot and his band were exiled to a reservation in Kansas several years after the Black Hawk War of 1832, despite their refusal to support the uprising.[7]

The first known permanent, non-native settler in Walworth County was Christopher Payne. He arrived in 1836 from Pennsylvania. Payne established a mill at the eastern outlet of Geneva Lake and another mill at nearby Duck Lake, now known as Lake Como. Walworth County was founded in 1839.

Settlers quickly followed Payne to other parts of Walworth County. Elkhorn, at the geographic center of Walworth County, held its first town meeting in 1846, the same year it was designated the county seat. Delavan was founded by Samuel Phoenix, who hoped to establish a temperance colony. Because of his own adherence to sobriety, Phoenix suggested naming the county after Reuben H. Walworth, Chancellor of the State of New York, United States Representative from New York, and President of the American Temperance Union.

Phoenix, and his brother Henry, established a gristmill in Delavan in 1839. By 1847, Delavan became home to the first of more than two-dozen circuses, which maintained their headquarters and winter homes in Delavan until the 1890s. Wisconsin School for the Deaf has been in Delavan since 1852. The Yerkes Observatory, part of the University of Chicago, was established in Williams Bay in 1897. The Observatory was closed to the public in the fall of 2018 and has greatly diminished its on-site research and educational programs in astronomy and astrophysics.[8]

More settlers from the east quickly arrived in the mid-19th century, reflecting the broader growth in southeastern Wisconsin. By 1840, Walworth County’s population was about 2,600. Twenty years later, the population had grown more than 900% to more than 26,000.

Many square miles of fertile land certainly spurred the growth of Walworth County, but tourism played a large part in Walworth County’s emergent identity. In the late 1800s, the Geneva Lake area became known as an ideal place for summer homes. Thanks to the foresight of early residents who created perpetual public access, visitors may freely walk a path that is more than twenty-miles along the Geneva Lake shoreline past numerous mansions. By the early 1900s, The Milwaukee Electric Railway & Light Company interurban rail system provided a means by which Milwaukeeans could visit Walworth County as well. Although the lines were largely abandoned by 1940, the 7.5-mile East Troy Electric Railroad preserves the legacy through tourism and educational charters.

Racial tensions and competition for jobs and housing in Chicago in the early 1900s contributed to increasing pressures for middle and upper class blacks who wanted recreational escape to Wisconsin. Three Chicago African American community leaders sought a solution that would grant a respite from the problems of the city within a convenient travelling distance. In 1926, Jeremiah Brumfield, Bradford Watson, and Frank Anglin obtained financing to purchase a site on Lake Ryan, west of Lake Geneva, to be developed as a black resort community. The lake was renamed “Ivanhoe,” in honor of a white real estate agent, Ivan Bell, who helped the developers navigate the necessary formalities. The project was an immediate success. In 1927, Cab Calloway performed at the opening of its dance pavilion. Lake Ivanhoe continued to attract black property owners in the following decades, despite the dream being tempered by the Great Depression.[9]

The cities of Elkhorn, Lake Geneva, and Delavan lie entirely within Walworth County, as do most of Whitewater and part of Burlington. Walworth County has seven villages—Bloomfield, Darien, East Troy, Fontana-on-Geneva-Lake, Sharon, Walworth, and Williams Bay—along with parts of Genoa City and Mukwonago, and sixteen unincorporated communities. 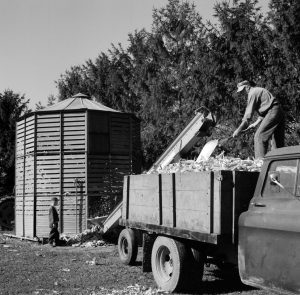 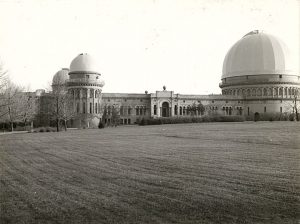 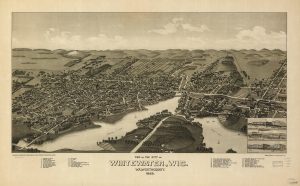 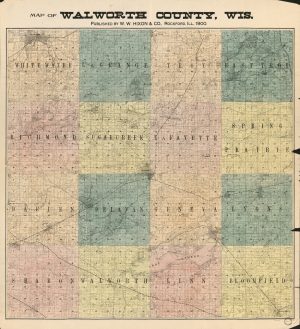