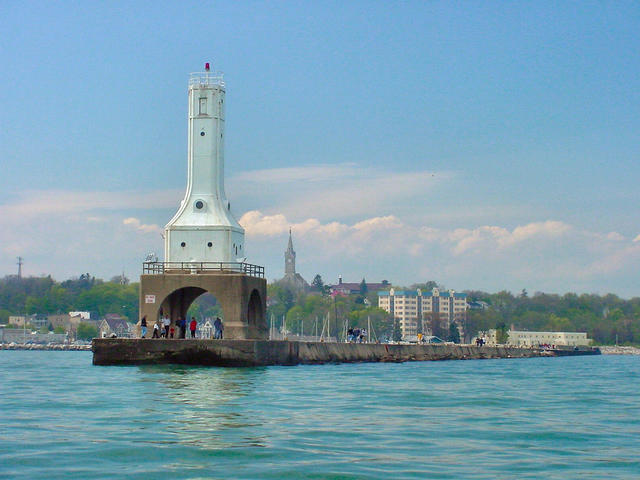 The City of Port Washington was first founded in 1835 as part of an expansion of American interests into lands controlled by the French and British prior to the War of 1812. The area was largely settled by members of the Potawatomi tribe prior to 1835. There was a large village approximately three miles inland on the Milwaukee River, near present day Saukville; testimony from French and American traders documented satellite fishing camps and agricultural fields on the lakeshore throughout that occupation. In 1679 Father Louis Hennipen and René-Robert Cavalier, Sieur de La Salle described stopping at the first landing north of the Milwaukee River to procure provisions at a Potawatomi village at the mouth of a small river. This river was probably Sauk Creek. In 1699 Chevalier Henry de Tonty and Fr. Jean-Francois Buisson de Saint-Cosme visited a Potawatomi village at the mouth of Sauk Creek.[1]

The Indian Removal Act of 1830 authorized representatives of the federal government to negotiate the removal of American Indian tribes to lands west of the Mississippi River. The Potawatomi sided with the U.S. government during the Black Hawk War and supported U.S. military actions against the Black Hawk coalition in an effort to resist removal, but this was largely ineffective. In 1833, the Potawatomi signed the Treaty of Chicago, ceding their remaining lands.[2] Many members of the Potawatomi were removed from their Wisconsin lands between 1835 and 1850, including those residing at Port Washington and Saukville.

In 1831, a military road was cut through the woods from the old village of Dekorra, WI to Port Washington. This road followed an old Native trail that intersected with the road from Chicago to Green Bay surveyed in 1831-1832.[3] Port Washington became an important intersection between the two roads. Traders, businessmen, land speculators, and merchants soon became interested in developing the area.

One of these traders was Wooster Harrison, who was familiar with the area, having driven a large herd of cattle up the established trail a few years previously on the advice of the Potawatomi.[4] Harrison, along with investor James Doty, registered seventy-five acres with the Green Bay Land Office at the first land sale in 1837.[5] Harrison built a home and called the site “Wisconsin City,” the first of many iterations for the City of Port Washington. The name later changed to Washington, and then subsequently Port Washington when the first pier was built and the city established as a landing point.

About sixteen acres were initially cleared to accommodate a tavern, two stores, and about a dozen houses.[6] A flurry of land speculation between 1835 and 1837 drove land prices up.[7] Port Washington was temporarily abandoned in 1837 after the land market crash. In the fall of 1837 Andrew Vieau Sr., the son of noted Métis trader Jacques Vieau and brother-in-law of Solomon Juneau, established a small trading post to trade with the Potawatomi village until their removal.[8]

In 1843 Harrison returned with an organized settlement party that included Orman Coe, Ira Loomis, Solon Johnson, Orlando A. Watrous, and Colonel Teall. Harrison and Johnson built the first pier, which consisted of a simple crib and fill structure with wooden planks. Barnum Blake arrived in 1848 and built a second pier of similar construction. He also proceeded to build a shop, sawmill, and multiple commercial buildings, including a number of cream city brick buildings still standing in downtown Port Washington. Lion Silverman built a pier just south of the mouth of Sauk Creek. The piers were not part of any natural harbor or inlet and did little to shelter passenger steamers, schooners, and cargo vessels during violent weather. A number of devastating shipwrecks in 1856, including the wrecks of the Toledo and Bohemian, prompted concerned officials to petition the federal government with assistance in dredging and creating an artificial harbor. The harbor was completed in 1871, though various improvements were made in subsequent years.[9] The creation of the harbor allowed large quantities of raw materials to be shipped into the city and encouraged the development of an industrial section along the harbor.

A lighthouse built on the North Bluff of the city in 1849 served as a navigational aid to the increasingly vigorous shipping industry. The lighthouse was rebuilt in 1860 as part of the U.S. Lighthouse Board’s restructuring efforts.

Port Washington was originally incorporated as a village in 1848; in 1882 it was officially incorporated under a city charter with a mayoral-aldermanic form of government. The first mayor was James W. Vail. It became the county seat of Ozaukee County in 1853 when the lakeshore communities split from Washington County.

Like other northern cities, Port Washington saw riots in response to the institution of a draft in 1862 to support the Union in the Civil War. William Pors was selected as draft commissioner. On November 10, 1862, when the lists were printed and names drawn, many opponents of the draft marched on the courthouse and attacked Judge Pors. The mob ransacked Pors’s house and other establishments in the city. The deployment of troops halted the riots.[10]

War Department. Annual Report of the Chief of Engineers to the Secretary of War for the Fiscal Year Ended June 1902. Washington D.C.: Government Printing Office, 1902. 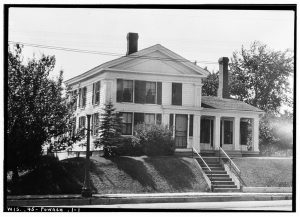 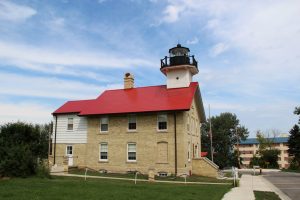 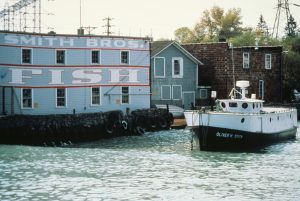 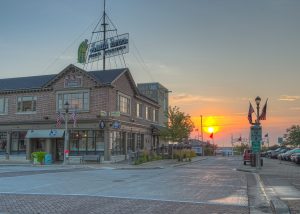