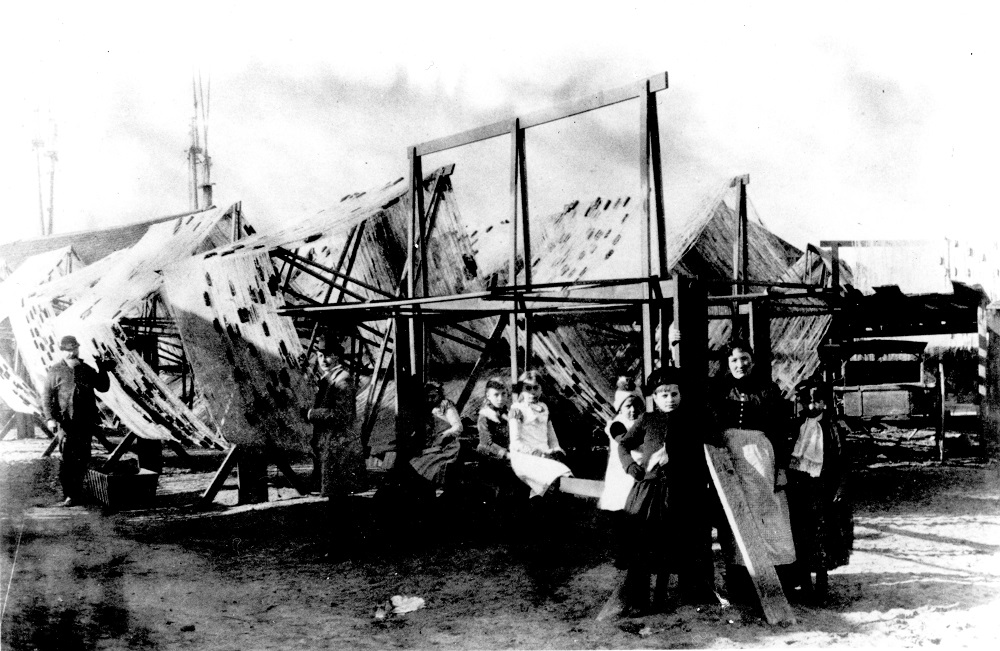 Fish have long been an important part of Milwaukee’s diet and culture, perhaps most notably in the “Friday night fish fry.” The city’s commercial fishing industry expanded to meet the needs of local customers but never developed larger markets as did peers in other parts of the Great Lakes.[1]

Native American communities subsisted on fish from Lake Michigan and area rivers for thousands of years prior to the establishment of Milwaukee. The city’s earliest American settlers followed suit.[2] Pioneer fishermen established docks and shanties along the shores of the Milwaukee River and on what became Jones Island, forming a vibrant fishing industry here by the 1860s.[3]

The industry flourished as a dynamic socio-economic community after Kashubian Poles and Pomeranian Germans settled Jones Island in the 1870s. Coming from established fishing communities in Eastern Europe, these Polish and German immigrants created a makeshift fishing village on the newly created island, adapting traditional fishing methods to their new environment.[4] Port Washington also developed into an important area fishing center in the mid-nineteenth century as pioneer fishermen sought new fishing grounds along the western shores of Lake Michigan.[5]

Commercial fishing developed chiefly as a family business in Milwaukee and changed very little as independent, family-based firms operated into the twenty-first century.[6] While men worked “catches” with the help of their sons, women and daughters fashioned and repaired nets, helped process the catch, and managed the home.[7] Extended family units spread out costs of building and maintaining shanties, boats, and other equipment. They also provided support following a disastrous loss of life or assets within the fishing community.[8]

Fishing was difficult and dangerous work. Nets, lines, and boats were always vulnerable to damage, and violent storms and waves were hazardous to crews’ lives.[9] The industry was also subject to seasonal fluctuations in weather, lake conditions, and fish populations. Many fishermen and their family members worked in nearby industries, like the Bay View rolling mills, to supplement their income.[10] Fishermen who upgraded to larger steam tugs in the early twentieth century found alternative kinds of work during downtimes.[11]

Lake Michigan’s seemingly limitless populations of lake trout, whitefish, lake herring (chubs), perch, and sturgeon produced growing yields of fish into the early twentieth century—nearly 2 million pounds of fish a year by the 1910s.[12] Fishermen washed, iced, or smoked their catches before selling them to local fish peddlers and wholesalers.[13] Milwaukee and surrounding communities consumed most of this fish, especially during Lent; Chicago absorbed any surplus.[14] 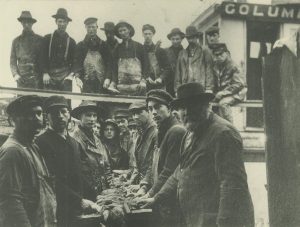