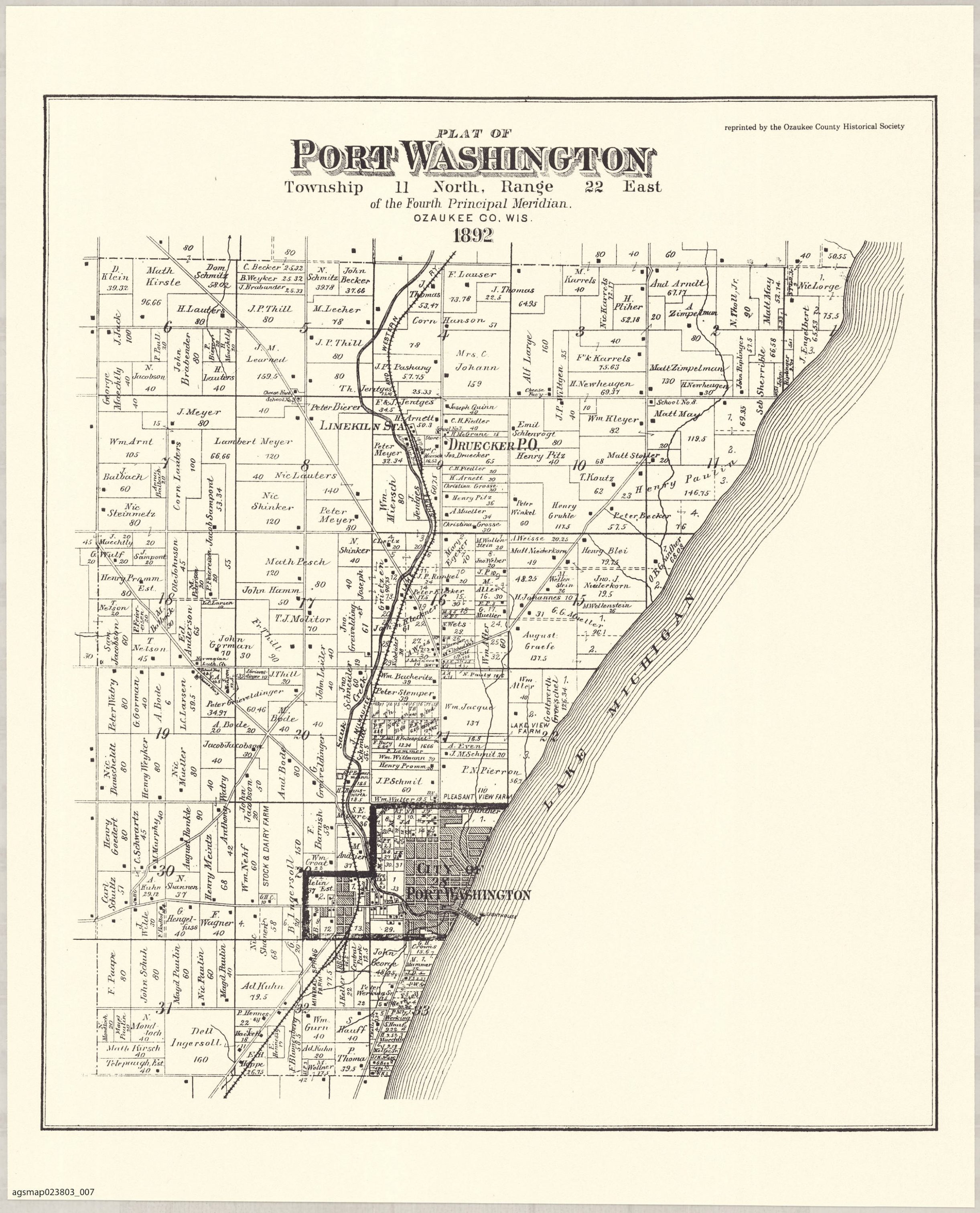 John H. Mullett first surveyed what would become the Town of Port Washington in 1833 as part of the exterior portion of the Public Lands Survey in Wisconsin. Mullett noted that the land was “gently rolling” and second rate, with both streams and swamp lands containing birch, ash, elm, oak, and sugar bush.[1] The interior survey took place in 1835; the area was surveyed by William A. Burt. Burt described portions of Sections 11, 12, and 13 as containing between second and third rate land with loam soil, clear streams, and high banks leading to Lake Michigan.[2] Formal platting of the land induced land speculators and settlers to the area, and the Town of Port Washington was established on January 21, 1846, as part of land that was, at that moment, located in Washington County.[3] The Town originally included what would become the City of Port Washington as well as the settlements of Belgium, Fredonia, and Saukville; these separated in 1847, leaving the Town with only 21.1 square miles instead of the traditional 36 square miles.[4]

The City of Port Washington occupies most of the south end of the original Town and has a separate government. The northern and western portions of the Town were settled primarily by farmers who utilized the loamy soil for a variety of agricultural pursuits, including various crops and some small livestock rearing. The northern area also included the unincorporated residential community of Druecker. The economy of Druecker centered around the Druecker Stone Quarry, founded by William Druecker in 1873. The quarry produced lime and cut stone that was both exported and utilized locally in various building enterprises. St. Mary’s Church in the City of Port Washington was built in 1882 using stone primarily from Druecker’s quarry.[5] The quarry continued to operate into the 1920s.

The unincorporated community of Knellsville, north of the City of Port Washington, was established by William Knell along the Green Bay Road in the 1860s. Originally Knell built a stagecoach stop, hotel, and saloon. Knellsville eventually grew into a small industrial and agricultural community with a feed mill, cannery, foundry, mink ranches, restaurants, hotels, and saloons. The Pauly Cheese Company, which produced and sold cheese nationally through the twentieth century, was also headquartered in Knellsville.[6] The building of Interstate 43, however, divided and destroyed a large part of Knellsville.

The Town of Port Washington still exists as an independent entity, with a town president, treasurer, and board. Most of the Town is agricultural and residential. There is a small industrial area in Knellsville, which hosts the town hall. The Ozaukee Interurban Bike Trail runs through the area. The western portion consists of farms and some new commercial developments that border neighboring Saukville. In 2017, its population was estimated to be 1,661.[7] 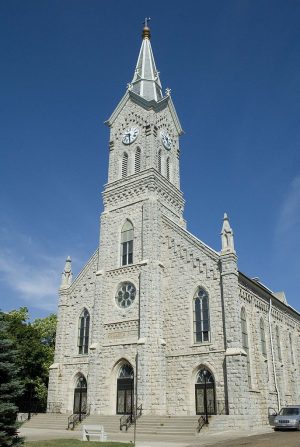