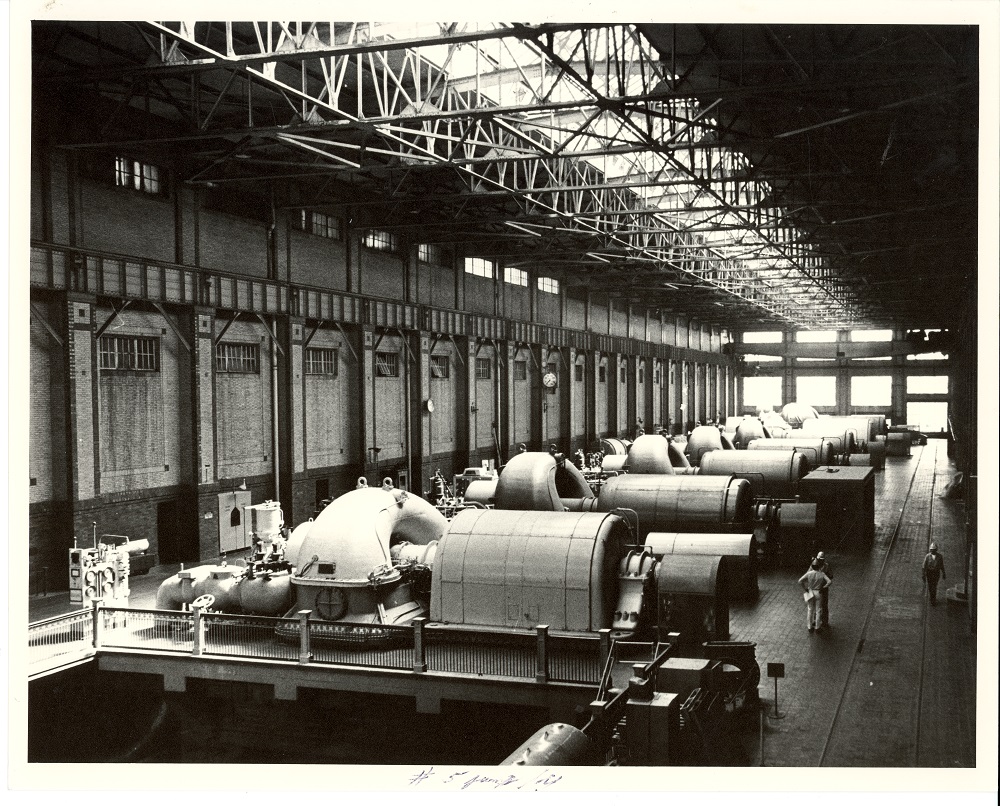 The firm dates back to The Milwaukee Electric Railway and Light Company (TMER&L), which focused, as the name suggests, on transportation and illumination infrastructure.[3] Organized under Henry Villard’s North American Company, TMER&L was America’s first integrated power utility, generating energy for lighting, power, and traction.[4] A series of corporate mergers between 1938 and 1941 joined TMER&L with the Wisconsin Electric Power Company and North American Company’s Wisconsin Gas & Electric and Michigan Power Company holdings.[5] However, anti-monopoly legislation soon forced North American Company to dissolve in 1946, rendering Wisconsin Electric independent.[6] Its facilities included the Lakeside Power Plant, the nation’s first to run on pulverized coal, and another plant in Port Washington.[7] 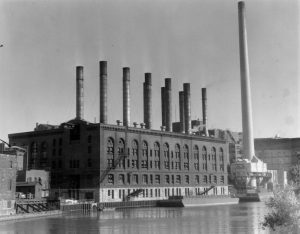 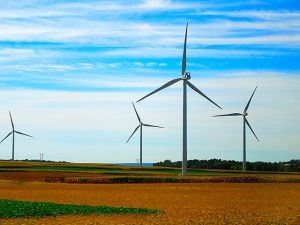