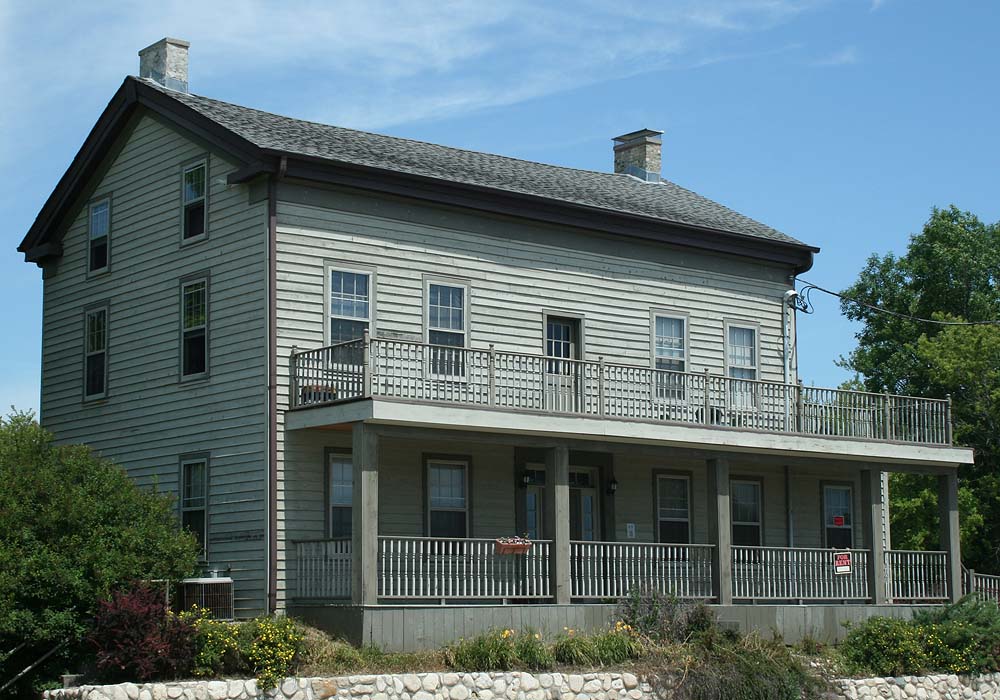 The Saukville area is about 25 miles north of Milwaukee in Ozaukee County.[1] The Saukville area was initially part of the Township of Washington, which is today’s Port Washington.[2] Established in 1848, the Township of Saukville contained what became municipalities of the Village of Saukville and the Town of Saukville.[3] The original inhabitants of the area were Menominee. They accepted Sauk refugees from the Green Bay area in the 1730s. The Menominee and Sauk maintained a joint village along the Milwaukee River.[4] Saukville was along the Green Bay Trail, which was renamed Green Bay Road in 1837 after the military made improvements.[5]

Speculators, including Solomon Juneau and Byron Kilbourn, began purchasing Saukville land in the 1830s.[6] Most of the speculators never lived in Saukville but instead resold the land for a profit. In 1848 a dam was built north of the contemporary Village of Saukville, allowing the construction of sawmills and gristmills.[7] The Saukville area was connected to larger population centers in 1871, when the Chicago, Milwaukee, St. Paul and Pacific Railroad opened a depot, with trains eventually stopping four times daily.[8]

At least as far back as 1881, Saukville residents unofficially divided the area into a town and a village.[9] The Town contained more land and its residents predominantly practiced farming.[10] By 1927, dairying was the most common form of farming in Saukville.[11] The Village was located along the Milwaukee River and became a small commercial center. Most commercial activity, including a monthly stock fair, took place in Market Square (now called Triangle Park), at the center of the Village.[12] The Village was officially incorporated in 1915 with a vote of 66 in favor and 40 opposed.[13] At that time, the Village of Saukville had a population of 376 people.[14]

After World War Two, Saukville saw dramatic growth in the number of homes.[15] By the late 1960s, developers began drawing up plans for subdivisions and apartments.[16] Between 1970 and 1980, the Village saw population growth of 151%, causing a housing shortage.[17] In the 1980s, the Village of Saukville grew both residentially and economically. The Dekora Woods Business Park, which opened in 1978, is larger than 500 acres.[18]

The Saukville area retains some of its early characteristics. At under four square miles, the Village remains smaller than the Town but contains more people and industry.[19] In 2010, the Village of Saukville had a population of 4,451 people, of whom 96% were white.[20] About half of Village residents live in single family detached homes, while about 25% live in buildings with 3 or more units.[21] The Town of Saukville continues to be more rural than the Village. With an area of 36 square miles, the Town of Saukville had a population of 1,822 people in 2010.[22]

Boatman, John F. Memories from a Rural, Ethnic Community at “The Crossroads”: The Saukville, Wisconsin Area. Milwaukee: University of Wisconsin, 1993. 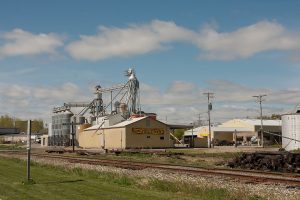