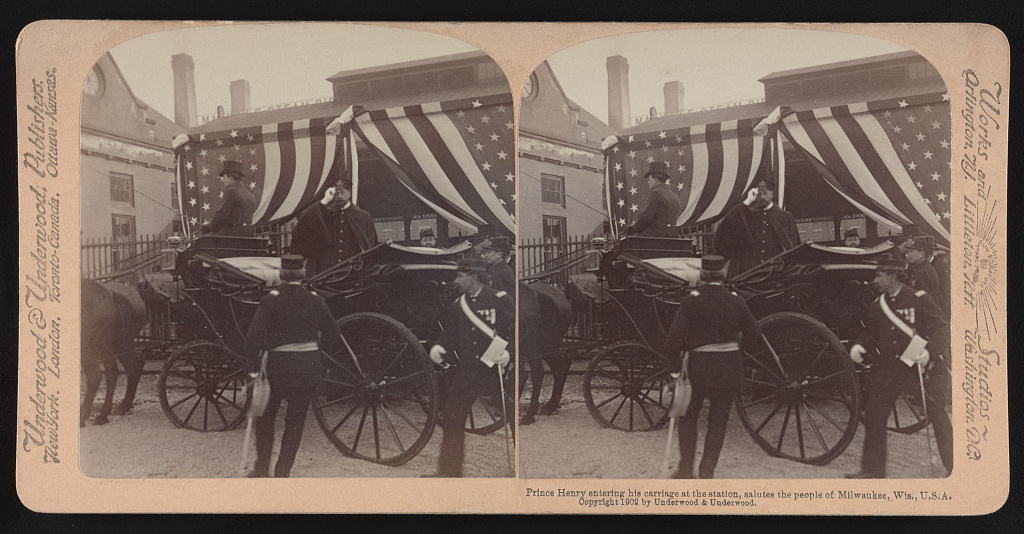 Milwaukee has hosted many visitors for organizational meetings, major conventions, and personal or business travel throughout its history. The city’s tourism industry grew along with the city, as an array of businesses, organizations, and civic leaders worked both independently and together to attract, accommodate, and ultimately profit from these guests.

Milwaukee’s earliest visitors were often new settlers of the frontier community or pioneers continuing on their way to other destinations in the region. The city’s first guest accommodations emerged in the mid-1830s to meet the needs of these travelers. Jacques Vieau established Milwaukee’s first hotel, the Cottage Inn, on East Water Street in 1835, and a host of other pioneer hostelries soon followed.[1] Seeing the potential of such lodging in the growth of their communities, both Solomon Juneau and Byron Kilbourn offered aspiring hotel entrepreneurs land and other incentives to encourage them to build in their respective settlements.[2]

As the city grew into a major economic and cultural center in the mid-nineteenth to early twentieth century, Milwaukee hosted several major organizational and industrial conventions. The city’s significant German population particularly supported meetings of German cultural organizations, such as Sängerfests and Turnfests, which drew visitors to Milwaukee from throughout the state, nation, and even abroad.[3] From 1881 to 1902, the Merchants Association and Chamber of Commerce hosted an annual Industrial Exposition in Milwaukee that showcased the city’s manufacturers to visitors from around the region.[4] In 1892, West Allis (then called North Greenfield) became the permanent home of the Wisconsin State Fair, which brought both farmers and tourists to the Milwaukee area.[5] The city also accommodated national encampments and conventions of veterans’ organizations, including the Grand Army of the Republic and the American Legion.

Coming to understand the benefit of convention traffic to the city’s economy, local business interests increasingly organized their efforts to attract these events to Milwaukee. In addition to the Merchants Association and the Chamber of Commerce, the Milwaukee Advancement Association and Citizens’ Business League, organized in 1888 and 1897 respectively, promoted the city as a convention site.[8] These groups and other independent companies published guidebooks, postcards, and souvenir items highlighting significant Milwaukee landmarks for visitors.[9] Claiming Milwaukee as “the ‘Bright Spot’ convention city of all America,” a 1902 Citizens’ Business League souvenir book boasted that “conventions—National and State, great and small—follow in close succession in Milwaukee” every year.[10] In 1938, the Milwaukee Association of Commerce reported that the previous year’s 365 conventions, amidst the Great Depression, drew 114,000 people and $6.5 million in additional revenue to the city.[11]

City officials also played an increasingly significant role in developing and coordinating resources for the tourist industry in the early twentieth century. Mayor David S. Rose famously helped make Milwaukee “wide-open” to gambling, prostitution, and other vice businesses that served convention-goers.[12] Subsequent Socialist administrations worked to clean up such operations while supporting large public projects to help bolster the city’s national appeal.[13] In 1909, city officials collaborated with business interests to build the Milwaukee Auditorium on the site of the former Exposition Building. The new structure accommodated numerous local and national conventions, exhibitions, political rallies, concerts, circuses, and other major attractions until it was redeveloped into a theater in the early 2000s.[14]

As commercial activity moved into the suburbs and Milwaukee’s infrastructure deteriorated in the mid-twentieth century, major businesses within the city focused efforts to modernize downtown. The 1948 Corporation (later the Greater Milwaukee Committee), for instance, lobbied for the construction of a new professional baseball stadium, sports arena, museum, zoo, and civic center as well as expanded highways and parking facilities.[15]

From 1960 to 1988, Mayor Henry Maier’s administration fostered public-private partnerships that made tourism a key player in Milwaukee’s economy. After a trip to West Germany in 1961, Maier envisioned the creation of a “world-class festival” in Milwaukee on par with Munich’s Oktoberfest that would draw tourists from throughout the world. In 1967, Maier organized Milwaukee World Festival, Inc., a non-profit organization of business, civic, and labor leaders that launched the city’s annual Summerfest in 1968.[16] Renting the festival’s current lakefront site from the city, Summerfest and its associated events claimed to attract 1.5 million people and $180 million in revenue to the Milwaukee area every year by the early 2010s.[17] The Maier administration also helped coordinate the construction of a modern downtown convention center, which opened as part of the Milwaukee Exposition and Convention Center and Arena (MECCA) complex in 1974.[18] In the 1980s, the Maier administration collaborated with business interests and developers to redevelop several historic downtown buildings into the Grand Avenue Mall and construct a Riverwalk along the Milwaukee River—projects similar to tourist attractions in other cities.[19]

In 1967, the Greater Milwaukee Conventions and Visitors Bureau (now VISIT Milwaukee) split off from the Milwaukee Association of Commerce as a non-profit organization to market the city as a tourist destination with funding from local hotel tax revenue.[20] In 1984, the bureau introduced an official slogan, “Milwaukee: A Great Place on a Great Lake,” and accompanying logo of an “M” in the shape of waves.[21] The organization’s more recent logo includes a likeness of the Milwaukee Art Museum’s Calatrava addition.[22]

Some neighborhoods also saw tourism as a potential boon to their commercial districts in the late twentieth century. Water Street, Brady Street, Bay View, and other areas worked to become major “nightlife hotspots” that might draw visitors.[23] Historic Walker’s Point, Inc. (later Historic Milwaukee, Inc.) organized in 1973 to turn the near south side neighborhood into a historic district and tourist destination akin to Philadelphia’s Society Hill, the New Orleans French Quarter, and Georgetown in Washington, DC.[24]

Major businesses also continued to work independently to draw visitors to Milwaukee in the late-twentieth and early twenty-first century. The Schlitz Brewing Company sponsored the annual Great Circus Parade in conjunction with the Circus World Museum in Baraboo from 1963 to 1973, a venture that returned sporadically in the 1980s through 2000s.[25] Harley-Davidson hosted a major rally in Milwaukee in honor of its centennial anniversary in 2003, drawing over 200,000 motorcycle riders from around the world.[26] The company repeated these celebrations for its 105th and 110th anniversaries and opened a museum in the Menomonee River Valley in 2008.[27] The annual meeting of Northwestern Mutual Life Insurance Company draws thousands of company representatives to Milwaukee from throughout the United States every summer, bringing in nearly $13 million to the local economy by 2015.[28]

A more modern Midwest Airlines Center (now the Wisconsin Center) replaced the MECCA Convention Center in 1998.[29] Miller Park and the Milwaukee Art Museum’s Calatrava addition, both constructed with public and private funding, quickly became iconic destinations after they opened three years later.[30] In 1991, the Forest County Potawatomi opened a bingo and casino facility in the Menomonee River Valley. Major expansions in the 2000s and 2010s added a theater, event center, and hotel, drawing an estimated 6 million visitors to the complex every year—revenue shared with the city and county.[31]

The attraction of visitors and conventions has certainly been a key focus of the city’s civic and business leaders throughout nineteenth and twentieth century. This growing and evolving tourist industry is proving to be a progressively important part of the city’s economy as Milwaukee has gained new and increasing attention as a national and international destination in the twenty-first century.[32] 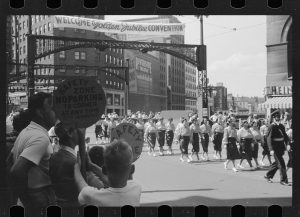 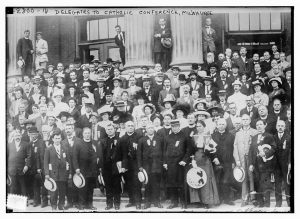