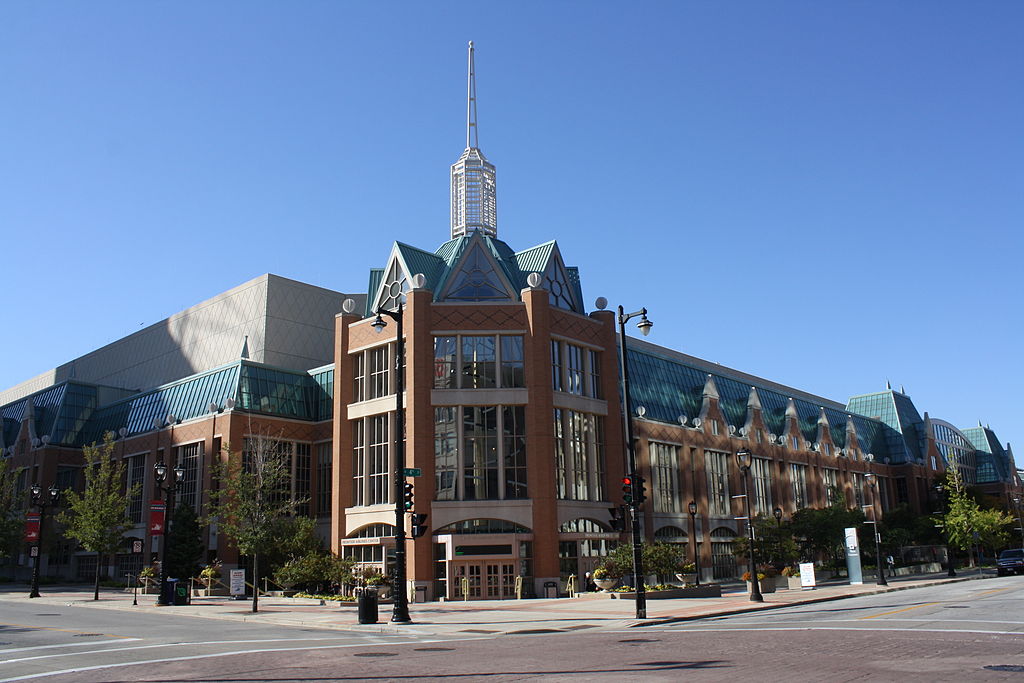 Hoping to revitalize downtown Milwaukee, the Metropolitan Milwaukee Association of Commerce spearheaded the drive in the 1990s to replace the outdated convention hall of the Milwaukee Exposition Convention Center and Arena with a larger meeting space.[1] A team of six firms eventually developed the 189,000 square foot Flemish and German-inspired Midwest Express Center, which opened in 1998.[2] The state’s Wisconsin Center District financed the structure’s cost of more than $170,000,000 using tax revenues levied on hotel rooms, rental cars, and food and beverage sales.[3] The facility took its original name from the Wisconsin airline, Midwest Express, and was renamed as the airline industry restructured. The Wisconsin Center attracts mid- to large-sized conferences and trade shows and competes for business with convention venues across the Midwest.[4]