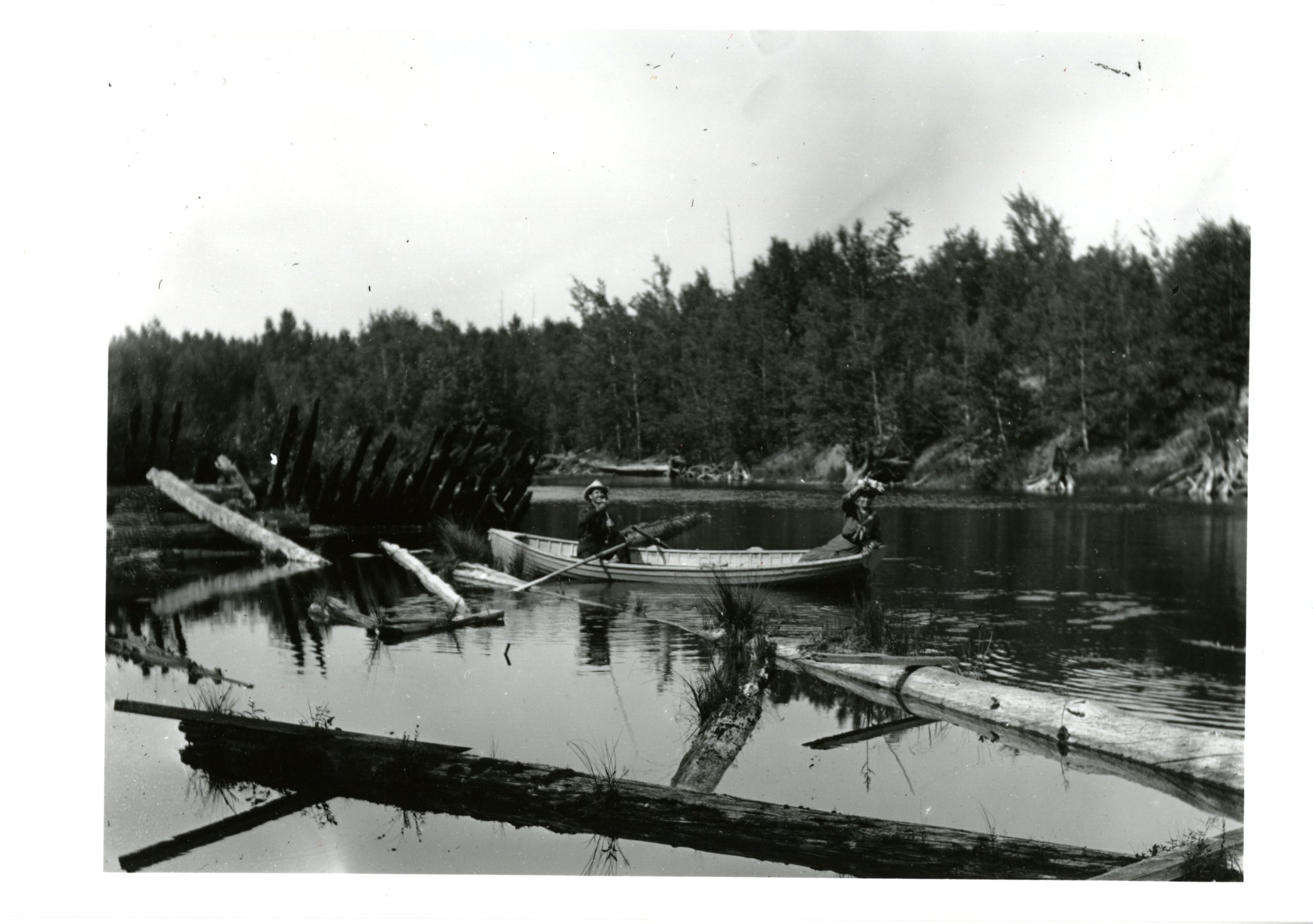 According to the Wisconsin Department of Tourism, “Up North” is a relative term, more of a state of mind than an actual place.[1] That’s especially true for people from Milwaukee. The Movoto travel guide states, “if a Milwaukeean says they’re headed ‘up north’ for the weekend, it means they’re taking a few days to simply get away from the hustle and bustle of city life. They probably own a cabin on a lake or know a friend who’s letting them use theirs.”[2] But for many, the Up North experience exists from the St. Croix River on the west to Highway 45 on the east and from Lake Superior and the Michigan border on the north to Highway 8 on the south.[3]

While wealthy Milwaukeeans had time to travel Up North in the nineteenth century, tourism expanded in the early twentieth century because a growing number of employers believed that salaried workers needed time off. With the rise of unions, manual laborers also earned vacation time.[4]

In 1903, Wisconsin Central Railway published a guide to promote camping, hunting, fishing and trapping in Northern Wisconsin. While providing practical advice, it also warns, “Truly this is God’s country and he who enters it with a proper appreciation of nature’s gifts, subduing his savage tendencies to wantonly destroy what he cannot use, for the mere lust of killing, will be welcomed and shown such sport as it is almost incredible can exist within a night’s ride from Chicago.” A round-trip ticket on the railroad from Milwaukee to Ashland on Lake Superior cost $15.50.[5]

One of the more popular areas is the Wisconsin Dells, originally known as Kilbourn City, which was founded in 1857 by Byron Kilbourn.[6] The Dells became a Milwaukee tourism hub after the 1870s when Henry Hamilton Bennett published and sold photographs of the area’s rock formations.[7] Another major tourist destination, Door County, was developed through the work of Milwaukee businessmen who first set up sawmills and fish processing plants, then built their own vacation homes to enjoy the area.[8]

Summer camps also became a part of the “Up North” experience, whether religious or athletic, single-sex or co-ed.

Transportation played a major role in advancing northern progress. Railroads brought lumber south from to Milwaukee, then returned north with visitors to the pristine lakes and trails. Steamships and excursion boats from Milwaukee encouraged the expansion to tourists in Door County.

The development of the automobile greatly influenced the number of people traveling to camp, fish, and hunt. As Americans began driving cars in the 1920s, families from Milwaukee commuted on weekends or sometimes spent the entire summer.[10]

Deer hunting became especially popular as generations of hunters flocked to Northern Wisconsin during November, staying in everything from unheated shacks to cozy recreational vehicles or luxury cabins. Family traditions often include weeks of preparing food and beverages, playing card games such as sheepshead and euchre during the hunt, and engaging in meat processing rituals after a successful outing. In 2016, 196,785 deer were harvested during the state’s nine-day gun deer hunt.[11]

Up North remains a tourist destination spot, with lakes and natural areas frequently listed as top attractions, providing a tremendous economic boost.[12] Tourism had a $19.3 billion impact on the state’s economy in 2015, up nearly $1 billion, or 4.4 per cent from $18.5 billion in 2014.[13]

While Wisconsin’s forests initially provided extractive wealth, by the mid-to-late twentieth century, those who had benefited from the wealth saw a need to preserve the natural resource. According to a 2012 study of silent sports (skiing, biking, running) activity in just Ashland, Bayfield, and Sawyer counties, nonresident visitors spent approximately $26.4 million and supported more than 222 jobs.[14]

Scofield, Frederick. In Northern Wilds: A Valuable Hand-book for Sportsmen Describing How, When, and Where to Camp, Hunt, Fish, and Trap. Milwaukee: Wisconsin Central Railway, Passenger Department, 1903.

Shapiro, Aaron. The Lure of the North Woods: Cultivating Tourism in the Upper Midwest. Minneapolis, MN: University of Minnesota Press, 2013. 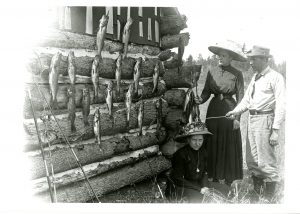