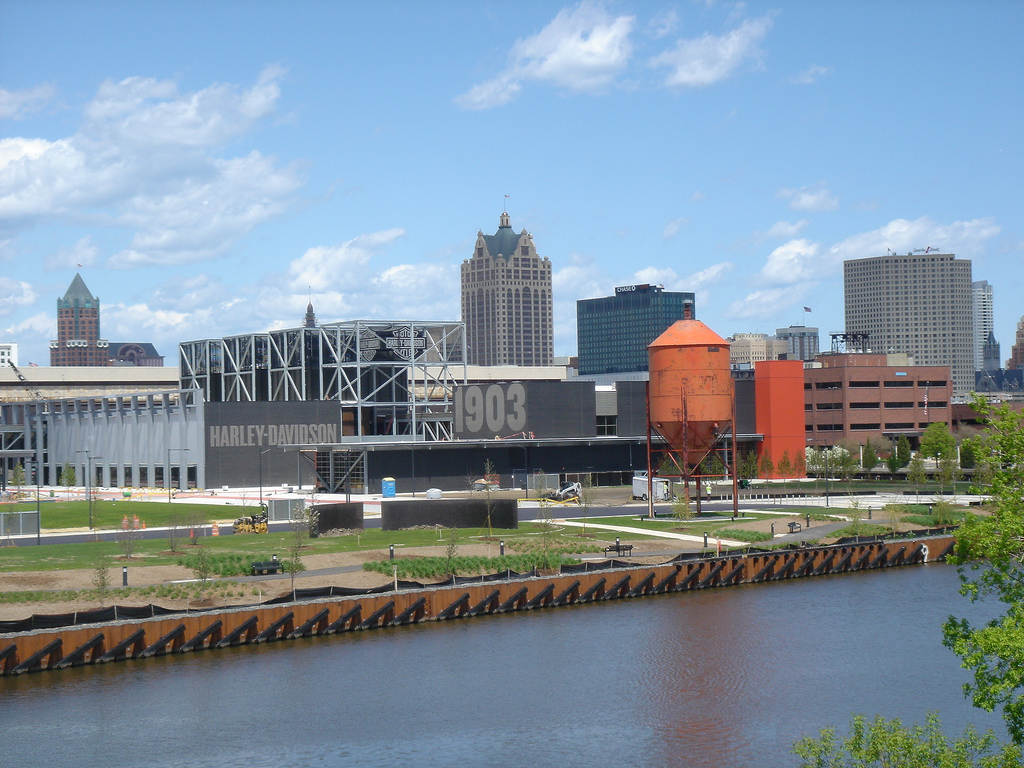 Opened in 2008, the Harley-Davidson Museum celebrates one of Milwaukee’s most famous businesses. Exhibits on the second floor chronicle the company’s rise from a two-person partnership to a multinational corporation, as well as its rich racing history. Displays on the ground floor emphasize the company’s influence on popular culture.[1] The museum’s construction reflected a revitalization effort carried out by the city in the late twentieth and early twenty-first centuries.[2] To emphasize Milwaukee’s industrial heritage, the museum was constructed on a long-neglected industrial tract in the Menomonee Valley.[3] The interior of the museum features exposed bricks and steel beams, and the floor is repurposed from a defunct Third Ward knitting mill.[4] 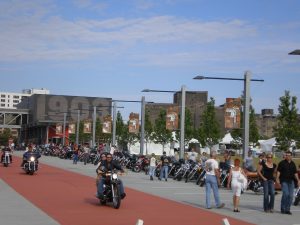