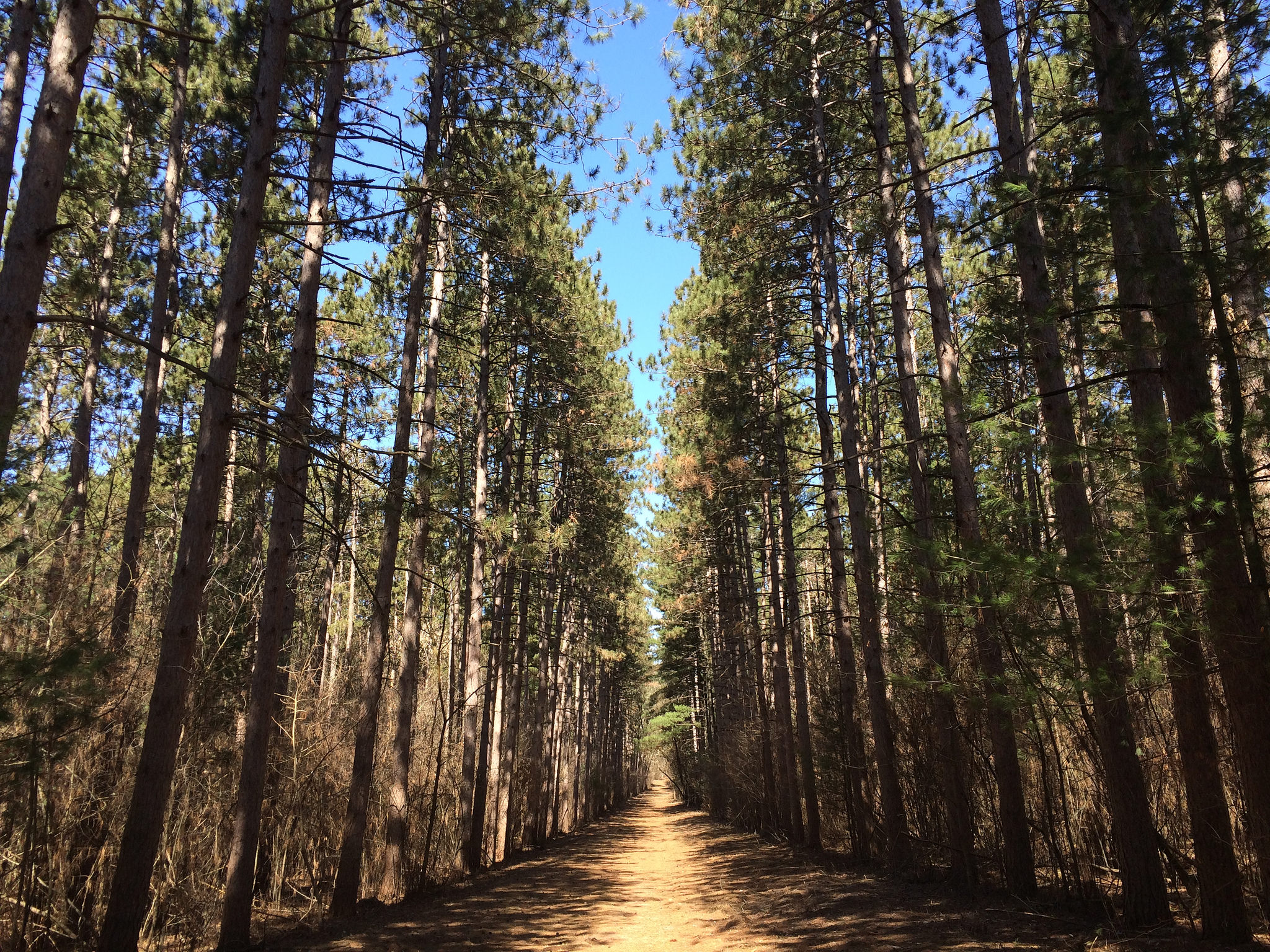 The Town of Ottawa, established in 1843, is located about 30 miles west of Milwaukee in western Waukesha County.[1] The Town occupies 36 square miles.[2] Bordered by the villages of Summit, Dousman, and North Prairie and the towns of Eagle, Genesee, and Concord, Ottawa is a rural area defined by its connection to the Kettle Moraine.

Many lakes, springs, and streams are located in Ottawa. The Bark River crosses the northwest corner of the Town, while the Scuppernong River, a tributary of the Bark, has its headwaters in the southern portion of Ottawa. The Scuppernong, whose name comes from a Ho-Chunk word meaning “sweet-scented land,” is fed by the Scuppernong Springs of the Kettle Moraine.[3] Ottawa’s Kettle Moraine also features glacier-formed kettle lakes, including Ottawa Lake.[4] Portions of the Town were once part of the lakebed for Glacial Lake Scuppernong, and this legacy has left Ottawa with rich soil, marshes, and fens.[5]

The first permanent white settler, Talbot Dousman, arrived in Ottawa in 1836.[6] Like Dousman, Ottawa’s earliest white settlers were Yankee-Yorkers. In 1842, the first German immigrants settled in Ottawa. By 1880, Welsh, German, Irish, Yankee-Yorker, and English communities were established in the town.[7] Most of these new residents worked in agriculture. In 1881, the Chicago & North Western Railroad entered Ottawa. The railway station, dubbed Dousman, would later become the site of the village by that name.[8]

Seeing opportunity in both the dairy farming of Ottawa and the natural resources of the Scuppernong River, Talbot Dousman opened a unique business in 1870. On the banks of the Scuppernong, Dousman and his partner, Curtis Mann, built both a cheese factory and a trout farm. The men used the by-products of their factory to feed trout in the ponds they created by damming the Scuppernong.[9] These trout ponds, which held a million fish at a time, became one of the largest in the United States.[10] In 1880, the cheese factory was converted into a hotel for guests visiting the ponds.[11]

The portion of the Scuppernong Marsh which held these ponds is now part of the Kettle Moraine State Forest.[12] The Kettle Moraine State Forest-Southern Unit forms a significant portion of modern Ottawa. In addition to the Scuppernong Marsh, the Ottawa Lake Recreation Area and Pinewoods Campground are located in the town. These recreation areas include hiking trails, campgrounds, and fishing piers. The Ice Age National Scenic Trail passes through the state forest and the Town.[13]

Ottawa has strived to maintain its rural atmosphere. To this end, Ottawa solidified its borders with its incorporated neighbors. Initiated by Ottawa and signed in 2004, agreements with both Dousman and North Prairie limit future annexations by the villages.[14] In 2010, Ottawa had 3,859 residents, living primarily in single-family homes built since the 1970s.[15] Ottawa is served by the Kettle Moraine School District.[16]

The History of Waukesha County, Wisconsin, Containing an Account of Its Settlement, Growth, Development And Resources; An Extensive and Minute Sketch of Its Cities, Towns and Village—Their Improvements, Industries, Manufactories, Churches, Schools and Societies; Its War Record, Biographical Sketches, Portraits of Prominent Men and Early Settlers; The Whole Preceded by a History of Wisconsin, Statistics of the State, and an Abstract of Its Laws and Constitution and of the Constitution of the United States. Chicago, IL: Western Historical Company, 1880.