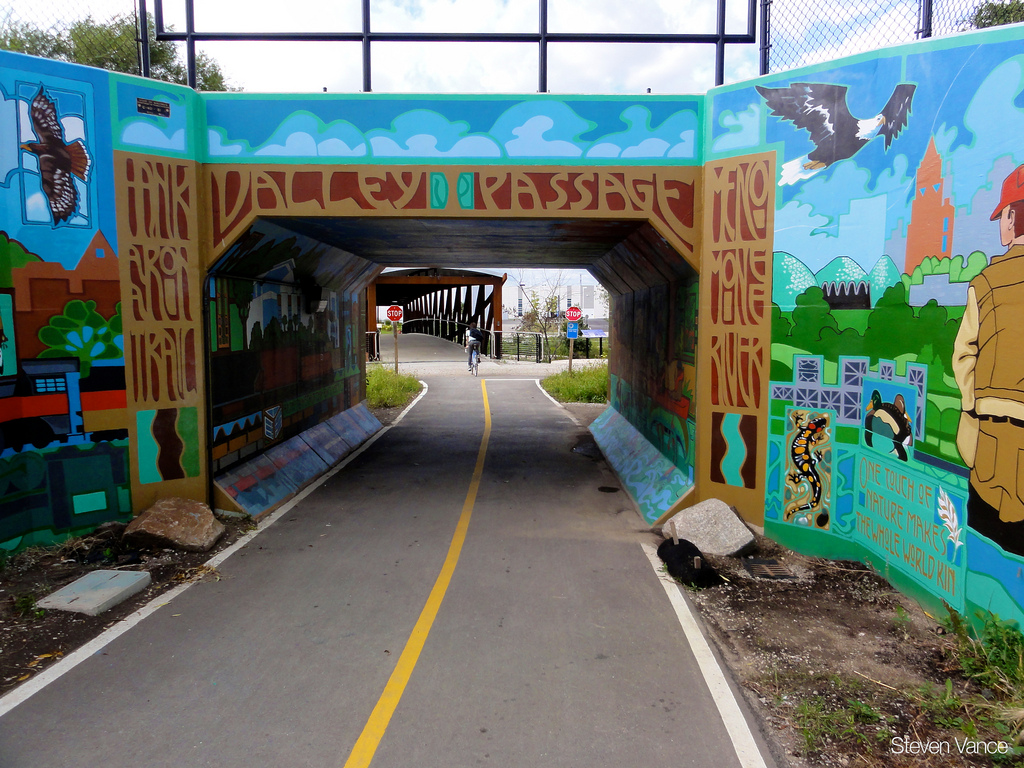 Winding through an area once home to Native Americans and, later, much of Milwaukee’s heavy industry, the Hank Aaron State Trail was first considered as part of a Menomonee River Valley redevelopment project. Construction on the path began in 1998. It now provides a twelve-mile connection between Milwaukee’s west side and the lakefront. It is used by bicyclists, walkers, runners, and skaters as they pass the Mitchell Park Domes, Miller Park, Menomonee Valley Urban Ecology Center, National Soldiers’ Home Historic District, State Fair Park—and the natural areas that surround them. A Friends organization offers events and fundraisers for people who want to support the project.[2]

Located on a triangle of land on the west side of Milwaukee (its northwest corner is at 60th and Silver Spring), Havenwoods was first surveyed for settlement in 1836. Milwaukee County purchased the area and operated it as the House of Correction starting in 1917. The U.S. Army took it over in 1945, and over the years the site served many purposes: as disciplinary barracks, housing for prisoners of war, Nike Ajax missile base site, and training facility. Milwaukee County also used it as a landfill and provided housing for homeless families. Through the efforts of citizens and elected officials, Havenwoods became Wisconsin’s only urban state forest in 1980.[3] With 42,000 visitors in 2015, it provides six miles of hiking, and the Environmental Awareness Center, which offers classes, workshops, and events.[4]

Lakeshore State Park is located east of the Henry W. Maier Festival Park Grounds on Milwaukee’s lakefront. It occupies on a human-made island created in 1991 by the Milwaukee Metropolitan Sewerage District in collaboration with the City of Milwaukee Board of Harbor Commissioners to provide shore protection. In 1998, Wisconsin Governor Tommy Thompson proposed creating an urban state park, and in 2001, work began on Lakeshore State Park. The twenty-two-acre park formally opened in June 2007 and includes a 130-foot long pedestrian bridge, walking trails, docks, and overnight boat, camping, and fishing areas. [5] Its proximity to Discovery World and summer festivals makes it a popular destination, with an estimated 249,475 visitors in 2015.[6]

Ali, Barbara J. 101 Things to Do in Milwaukee Parks: A Guide to the Green Spaces in Milwaukee. n.p.: CreateSpace Independent Publishing Platform, 2013. 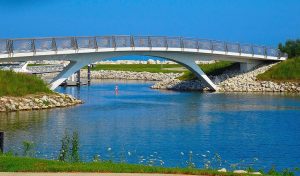 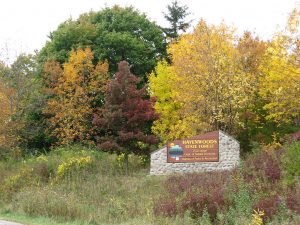