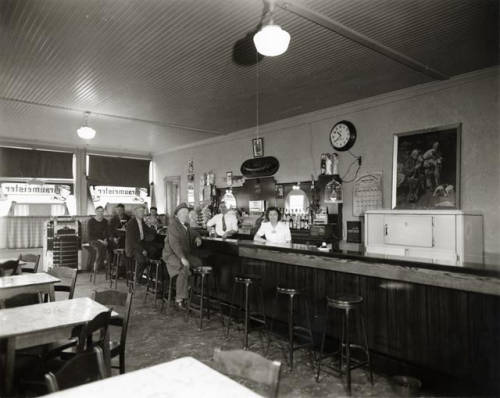 Milwaukee’s taverns were shaped by complex societal changes and largely defined by the lasting influence of the city’s large German population and significant brewing industry.

Scattered along networks of dirt and plank roads connecting small settlements in Milwaukee and its surrounding counties, early wayside taverns were more than simply a place to get a drink. Weary travelers could expect warm meals along with basic overnight accommodations. Wisconsin’s Territorial statutes of 1839 required that “every tavern-keeper shall keep in his house at least two spare beds for his guests” and stables with hay. The taverns served as gathering places for the surrounding frontier communities.[1]

As Milwaukee grew in size, so too did the number and variety of drinking establishments. The earliest taverns, nicknamed “rum holes,” were often dirty and primitive affairs. A more refined kind of tavern, a “sample room,” offered customers the opportunity to taste local spirits before purchasing. Louis Trayser’s bierstube, which opened in 1837 on State and Water Streets, offered German immigrants a decidedly familiar and comfortable place to socialize.[2]

Wisconsin’s breweries benefited from good water, close proximity to necessary agricultural products, and a growing population of German and other Eastern European immigrants during the late 1800s. Intense competition and low beer prices led many breweries to establish “tied houses” through exclusive agreements with tavern owners to sell just their brand of beer. Milwaukee’s behemoth breweries also began purchasing hundreds of properties and operated or leased them out. Schlitz, Best (later Pabst), and Blatz snapped up over two hundred corner lots in the city in 1884 alone.[3]

Taverns served as neighborhood gathering places catering to a very local clientele. Working Milwaukeeans could count on a free lunch, usually consisting of meats, cheese, pickles, and crackers, for the price of a five cent beer. Taverns were social and political spaces where citizens and workers organized unions, sought employment opportunities, and connected with local politicians there. As a result, tavern owners wielded a certain amount of influence in the community. In 1902, one-third of the city’s forty-six aldermen were tavern owners.[4]

Temperance activists took aim at taverns throughout the city’s history. German residents’ insistence upon “wholesome family fun” at taverns—some had ladies’ parlors or family rooms in back—especially on Sundays, raised the ire of Milwaukeeans of Puritan heritage. Though the city never fully submitted to the Eighteenth Amendment after it went into effect in January 1920, Prohibition did hit Milwaukee’s nearly two thousand taverns, breweries, and related businesses hard. Many taverns closed outright, but well over half transitioned into soft-drink parlors, which illegally sold alcohol on the side.

After Prohibition, tied houses became illegal, and enterprising owners opened new taverns and cocktail lounges with booths and stools along the bars in an effort to cater to couples and female clientele. New bar types, including theme bars, discos, gay bars, sports bars, and brew pubs, emerged during the post-war decades especially in commercial districts as automobiles facilitated transportation in and out of Milwaukee. The tavern in all its guises remains an essential part of Milwaukee’s nightlife, heritage, and culture. 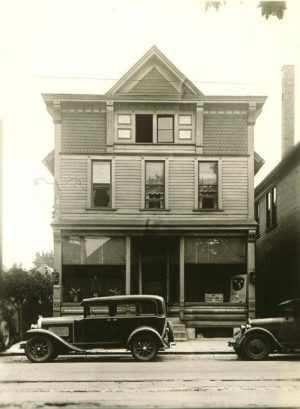 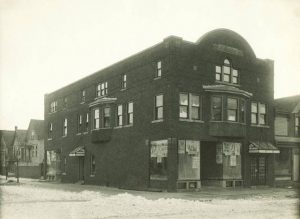 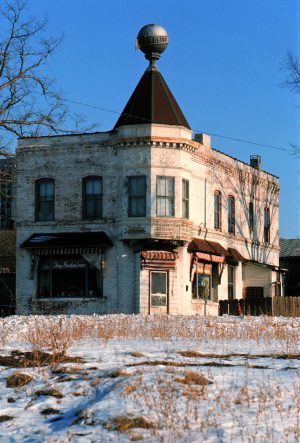