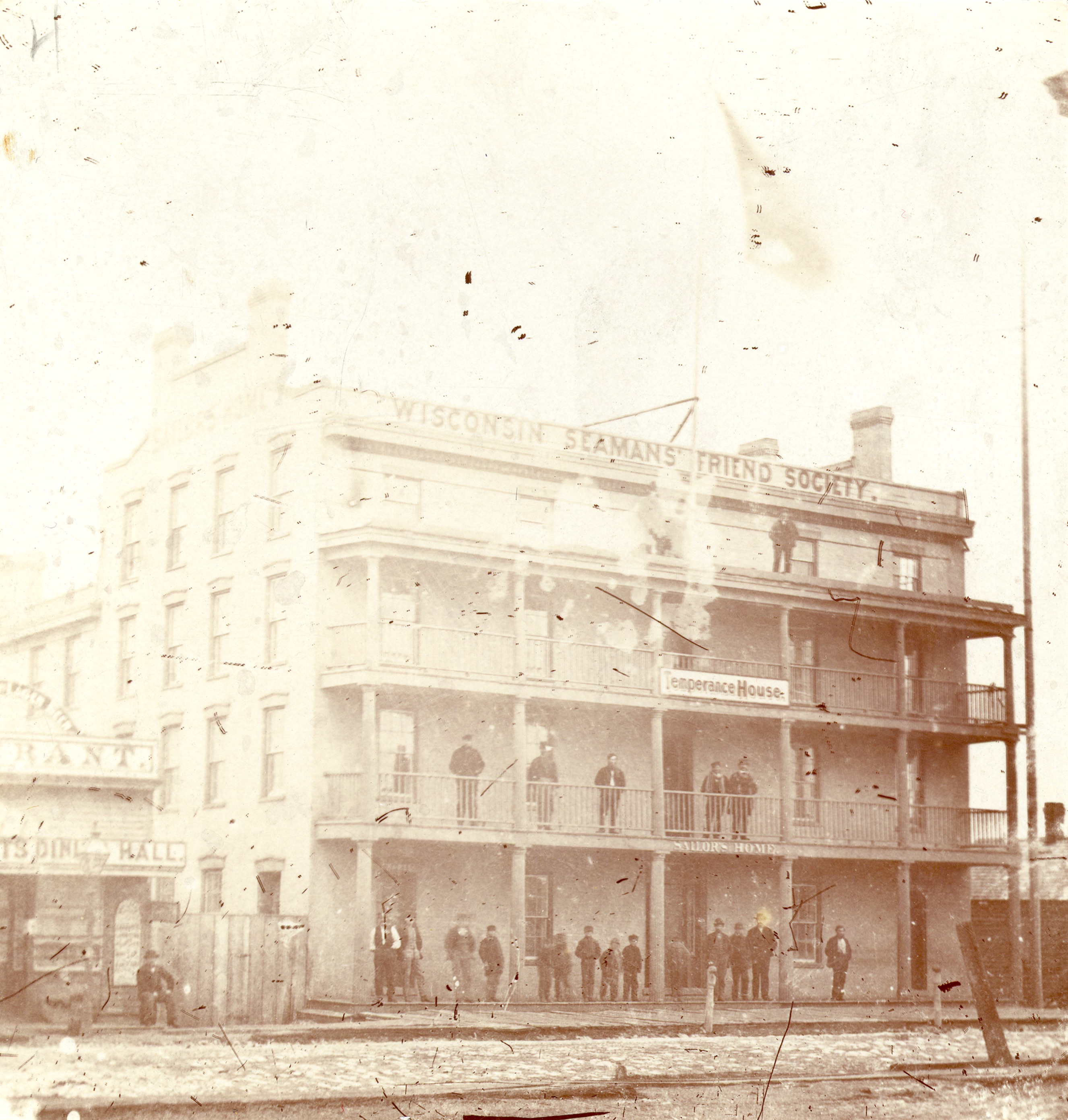 Temperance, or the crusade against alcohol in Jacksonian and antebellum America, resulted in the first support groups for alcoholics, the first local license laws, and then (in the 1850s and mostly in the Northeast and Midwest) statewide laws banning the manufacture and sale of liquor. The movement coincided with the settlement of Wisconsin and Milwaukee, and played an important role in early Wisconsin politics.

Temperance organizations were among the first interest groups to take advantage of the penny press to spread their message. Middle-class women, elevated by the “cult of domesticity” to guard the morals of the family, and by extension, society at large, played a significant role in the movement. Four major factors gave impetus to the early temperance crusade: the development of a socially-distinct middle class that worried about social instability and the habits of the poor; concern about the widespread consumption of alcohol (by some estimates, Americans drank, per capita, three times as much alcohol—mostly whiskey, rum, and hard cider—in the 1830s than they do today, and the movement succeeded in sharply reducing the consumption of hard liquor in the United States); the advent of the Second Great Awakening—a Protestant religious revival (from the late 1810s to mid-1840s) that emphasized free will, self-improvement, and the need for perfection on Earth in preparation for Christ’s “second coming”; and a reaction to the arrival, in the late 1840s and early 1850s, of hard-drinking Irish and German immigrants to America (and in Wisconsin in particular, to the proliferation of beer consumption).[1]

In Wisconsin, local chapters of the American Temperance Society formed in the mid-1830s in the more Yankee-populated counties, and by the end of the decade one had emerged in Milwaukee as well. These early organizations were varied in purpose. Some were closely tied to the Washingtonians, a self-help group consisting of reformed alcoholics; some preached moderation; probably the majority favored total abstinence. In 1839, they convinced the territorial legislature to enact a law that required tavern keepers, and grocery shops that sold liquors, to obtain licenses from county commissioners, stipulated the range of license fees to be charged, regulated the quantities of liquor that could be sold, and imposed penalties for violators. The Sons of Temperance, whose statewide organization was founded in Milwaukee in 1848 (along with their affiliate, the Daughters of Temperance), spearheaded efforts before the state legislature to curb and then ban the sale of liquor. Legislation enacted in 1849 and strengthened one year later required vendors to post a bond to secure their payment of damages in criminal and civil cases considered the result of actions caused by the sale of liquor. Married women could also sue vendors on their own for damages to themselves or children (presumably by the acts of their inebriated husbands). By most accounts, the law was flouted, and in 1850, a mob of German immigrants damaged the Milwaukee home of the legislation’s chief sponsor. The following year, the law was repealed.[2]

Temperance advocates succeeded in enacting a prohibitory liquor law in Maine in 1851, and their counterparts in several other states followed suit. After failing to secure passage of a law in Wisconsin, prohibitionists convinced the legislature to authorize an advisory referendum, held concurrently with the 1853 gubernatorial election, on the idea of a prohibition statute. Members of the Women’s State Temperance Society gave speeches, and at some polling places exhorted men to vote, in favor of prohibition. The organization also recruited prominent women from other states to lecture in different counties on the benefits of the proposed law. In each of Milwaukee’s five wards, German immigrants held rallies opposing it. Although voters in the city rejected the measure by more than a three to one margin, it received 53% of the statewide vote. In the ensuing legislative session, however, anti-prohibitionists, armed with the argument that the lower turnout level in the referendum (compared with that in the gubernatorial contest) refuted the notion that voters had given lawmakers a clear mandate, defeated a prohibition bill by insisting on a Senate version that provided for another referendum.[3]

In the early 1850s, the party system of Whigs and Democrats decomposed. Historians disagree over the extent to which issues related to slavery and nativism (or anti-Catholic, anti-immigrant sentiment) bear responsibility for that system’s collapse. But all historians agree that neither party found it easy to manage the issue of prohibition, for while Whigs had traditionally favored governmental intrusiveness on social issues, and Democrats had traditionally opposed the same, the question of banning the manufacture and sale of liquor divided both parties’ leaders strategically and both parties’ constituents on either an ideological or ethnoreligious basis. The antislavery Free Soil party was more unified than the major parties in its position of support for prohibition, but it, like the major parties, refused in 1853 to stake out a clear-cut position in its state party platform. Although the temperance crusade shared much in common with the nativist and antislavery movements, it was distinctive from them. The passage of the Kansas-Nebraska Act in 1854—which opened those territories to slavery on the basis of popular sovereignty, reignited antislavery sentiment and led directly to the formation of the Republican party (a coalition in Wisconsin that consisted of former Whigs and Free Soilers, and some Democrats as well) —further complicated the liquor issue. Without question, the core of the Republicans’ support came from native-born, Yankee Protestants, but the party also sought votes from antislavery German immigrants who nonetheless opposed prohibition. And while Democrats in Milwaukee and the other lakeshore counties opposed prohibition, those elsewhere were more divided.[4]

In the legislative session of 1855, the majority of Republicans lawmakers, along with a minority of Democrats, twice passed prohibition bills—including one which was tailored to attain the greatest amount of support by exempting from its application all Wisconsin-produced beer, wine, and cider. Despite having given vague assurances that he would consider signing a prohibition bill, Democratic Governor William Barstow twice vetoed the legislation, citing constitutional concerns about the due process property rights of liquor manufacturers, and the exemption of beer as an unprincipled compromise. The attempts to override the vetoes failed, and in Milwaukee, opponents of prohibition celebrated with a 100-gun salute and a torchlight parade. In the ensuing gubernatorial race, Republicans defeated Barstow in a contested election, but their 50.1% of the votes cast paled by comparison to the 56% they had won in the previous year’s congressional races in the state. Believing that temperance was dividing their party, Republicans shelved the issue after 1855. By 1857, the temperance movement in the state had ended, not to re-emerge until the late 1870s.[5]