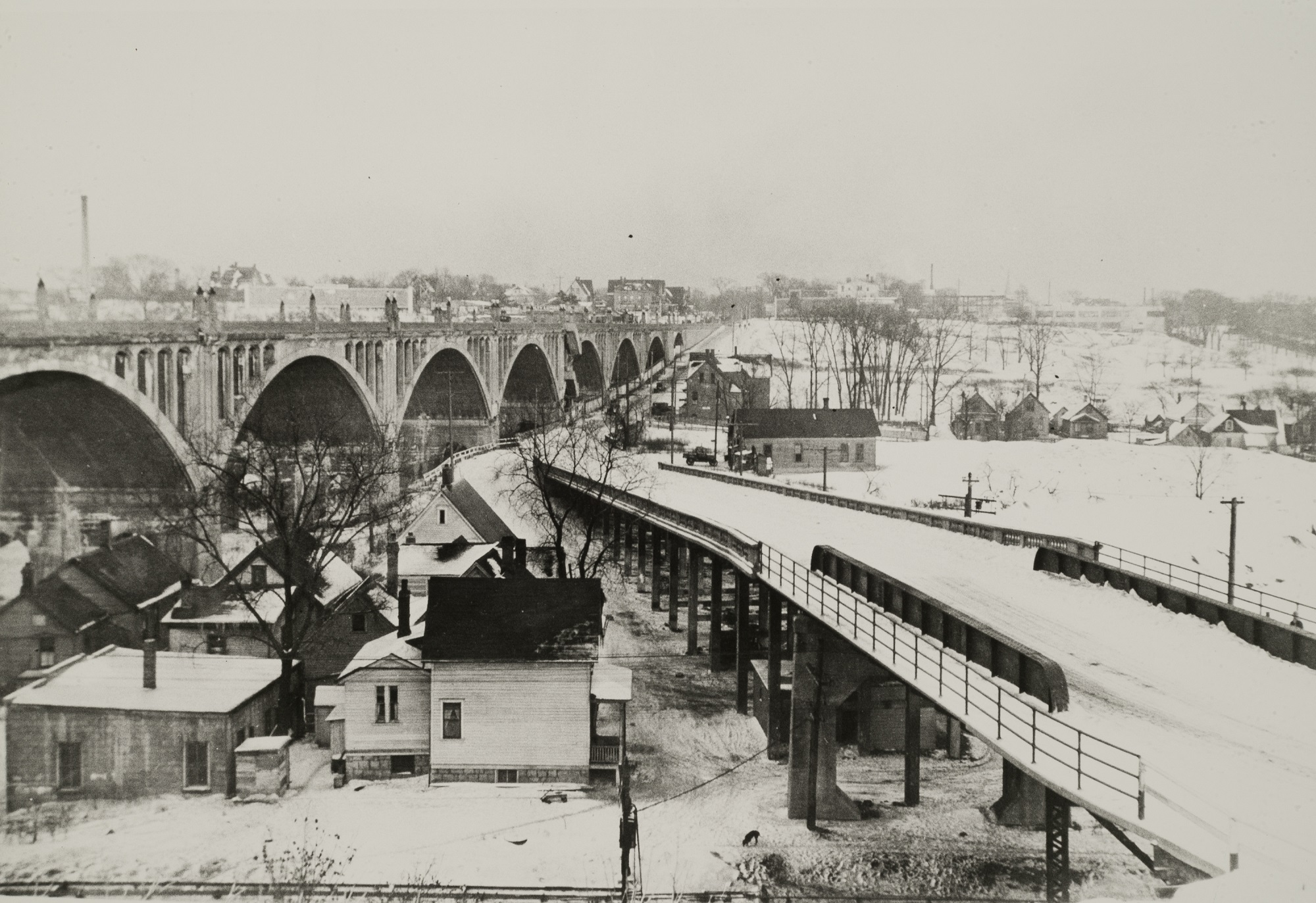 Piggsville is a neighborhood in the city of Milwaukee. Its borders are Wisconsin Avenue to the north, Interstate-94 to the south, 39th Street to the east, and 44th Street and Miller Parkway to the west. The northwest section of Piggsville was under the Wisconsin Avenue viaduct, which was torn down and replaced in 1993.[1]

Pigssville is the only residential neighborhood in the Menomonee Valley. The origins of its name are obscure. According to one story, the neighborhood is named after George Pigg, who owned a stagecoach tavern in the valley. But according to historian John Gurda, George Pigg actually lived in the Third Ward in the 1850s and moved to Merrimac, Wisconsin, by 1860. Piggsville was part of the Town of Wauwatosa until 1925, and Gurda’s research shows that the town never issued a tavern license to anyone named Pigg. Gurda argues it more likely that the neighborhood is named after a large pig farm located there in the late nineteenth century. The neighborhood was referred to as “Pigtown” in the Milwaukee Sentinel in 1894 and as “Pigsville” in the early 1900s. The two “g” spelling did not appear in print until the 1920s. Gurda, therefore, believes the name should be spelled with one “g.”[2] When the city of Milwaukee mapped and named all neighborhoods in the early 1990s, it designated Piggsville as “The Valley,” presumably because it is a more attractive name. But residents still favor the Piggsville name with the double “g” spelling.[3]

Piggsville was settled by farmers in the 1850s. Its first non-farm settlers arrived before 1886. By the 1920s, Germans populated some blocks, while others blocks were home to a mix of different Slavic groups. Settlers were attracted to nearby industrial jobs, often at the Milwaukee Road or Miller Brewery.[4]

Piggsville developed into a close-knit community due to its relative isolation in the valley on the edge of Milwaukee. Catholics and Lutherans intermarried. Activities, such as swimming in Story Quarry, playing baseball, and exploring woods and small caves were popular among children. Adults enjoyed fraternal organizations, church activities, and neighborhood taverns.[5]

Being a valley community, Piggsville is also subject to flooding. The neighborhood has nearly been swept away several times since the 1880s.[8] The Milwaukee Metropolitan Sewage District decided to establish a new flood plain along the Menomonee River after a severe deluge in 1997. This process required the removal of eighteen houses, including all the homes and two streets under the Wisconsin Avenue viaduct.[9] 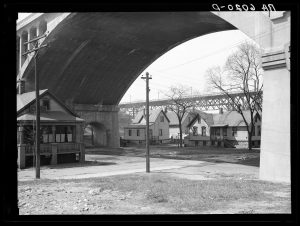