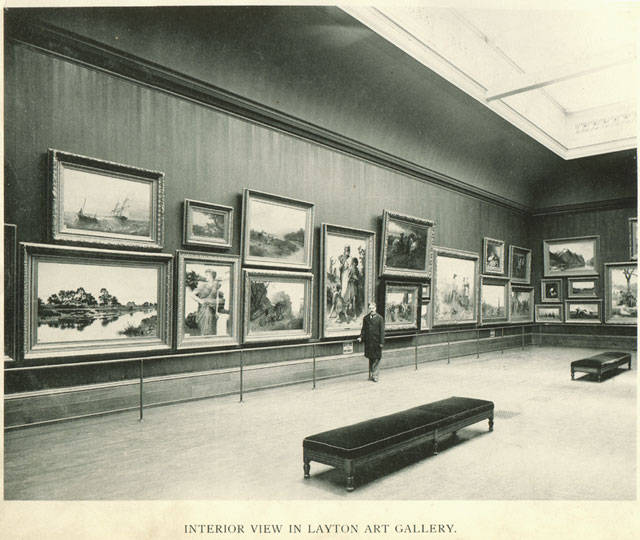 Historian Robert Bremner declares in his seminal work on the history of American philanthropy that, “Americans have regarded themselves as an unusually philanthropic people.”[1] The history of philanthropic giving in the city of Milwaukee mirrors Bremner’s characterization of American society, but the story in Milwaukee is an often-underemphasized element in the city’s development as an urban community. Translated from the Greek root philanthropos as the “love of man,” modern American philanthropic activity ranges from giving to religious institutions to the formation of secular or civic associations to the more formal construction of legal trusts and foundations dedicated to the planned distribution of large-scale donations. Many of Milwaukee’s most successful and notable business leaders formed their own family-based philanthropic foundations over the course of the twentieth century. By the 1960s, a professional non-profit sector emerged in the city, spearheaded by some of the county’s most influential foundations, including the Greater Milwaukee Foundation, the Faye McBeath Foundation, and the Walter Schroeder Foundation. By 2016, the philanthropic sector in Milwaukee disbursed grants to a variety of charitable and non-profit organizations across the city, state, and nation.[2]

While philanthropy funded the formation of public, religious, and civic business organizations, Milwaukee’s philanthropic energy during the nineteenth century was also notable for its ingenuity and foresight. In 1888, industrialist Frederick Layton supported “one of the first purpose-built, single-patron art galleries in the United States.”[6] The Layton Art Gallery, located on Jefferson and Mason streets, opened to the public on April 5, 1888. Its reputation quickly spread across the nation. Harper’s Bazaar declared the museum “the daintiest gallery in the west—a jewel, small, fine, and richly cut.”[7] Even though the art gallery was a first of its kind public museum, by 1957 the museum closed. Today, the Layton pieces remain available for public viewing as part of the permanent collection at the Milwaukee Art Museum. Captain Frederick Pabst also sponsored public and cultural initiatives dedicated to improving the quality of life in Milwaukee. He was a dedicated proponent of the Milwaukee park system, an endeavor advanced by other Milwaukee philanthropists including Alexander Mitchell’s family.[8]

The turn of the twentieth century transformed the operation of philanthropy in Milwaukee. Among the city’s most notable philanthropic patrons, none did more to support the development a professionalized philanthropic sector in the city than Patrick and Anna Cudahy. Patrick Cudahy not only believed in donating money to fund a variety of charitable causes, but the successful meatpacker also believed in the power of group giving and fundraising. In his autobiography, Cudahy detailed the process by which he enlisted donations from other prominent businessmen in the city: “I conceived a dream that worked like a charm. I had a sheet for each industry. I headed one myself with two hundred dollars. Then went to a banker whom I felt could work pretty well. He went down for two hundred more.”[9] Cudahy’s vision of fundraising marked philanthropy as a contest for who could donate equivalent amounts, or as Cudahy hoped, even more than his own donations. In this sense, philanthropy served as a powerful social force establishing personal charitable reputations. In 1915, Cudahy donated $25,000 to create the first public fund within the newly established Milwaukee Foundation, Milwaukee’s original community trust foundation (now known as the Greater Milwaukee Foundation).[10] By 1917, during World War One, Cudahy had donated an additional $50,000 to the community foundation. The Cudahy donations represented the majority of the foundation’s capital during this early period, and the aging meatpacker hoped his contributions would inspire further philanthropic donations into the trust.[11]

While Patrick Cudahy’s giving marked the introduction of coordinated group fundraising, a modern, collaborative philanthropic sector did not fully emerge in Milwaukee until the 1960s. In 1964, Faye McBeath, the niece of Lucius Nieman, founder of the Milwaukee Journal, formed her philanthropic foundation, the Faye McBeath Foundation. Central to McBeath’s vision of philanthropic work in the city was her commitment to using the wealth earned by her uncle and the Milwaukee Journal to improve the “welfare of the people in the community in which he lived and worked.”[12] As a part of their mission, the McBeath Foundation’s board of trustees collaborated with the trustees of the Greater Milwaukee Foundation and the Walter and Olive Stiemke Foundation in a partnership they called Foundation Studies, Inc. The goals of Foundation Studies, Inc. included a provision to engage in professional research studying the needs of the community.[13] This philanthropic partnership included sharing professional costs and office space; in 1970, it jointly hired the first executive director of the Greater Milwaukee Foundation, David Huntington.[14] By the late 1960s, federal tax reform acts made the partnership between McBeath, Stiemke, and the Greater Milwaukee Foundation illegal; Foundation Studies, Inc. dissolved in the 1970s.

Today, Milwaukee’s philanthropic community is a rich and vibrant component in the city and in the surrounding region, distributing more than $200 million annually in grants to a variety of charitable and nonprofit organizations across the region and nation. Notable philanthropic foundations in the city include the Bader Philanthropies, the Zilber Family Foundation, and the Bradley Foundation. A key component in Milwaukee philanthropy during the twenty-first century is a commitment to ameliorating many of the social and economic problems associated with deindustrialization in the city. Since 2008 the Zilber Family Foundation has donated $39.1 million to support the Zilber Neighborhood Initiative, which aims to reinvigorate social and economic activity within neighborhoods such as Lindsay Heights, Clarke Square, Layton Park, Burnham Park, and Silver City.[15] Other foundations in the city, including the Burke Foundation and the Northwestern Mutual Foundation, also seek local solutions to urban poverty. The Lynde and Harry Bradley Foundation funds larger, national projects impacting public education and American political life. Following the sale of the Allen-Bradley Corporation in 1985, the Bradley family donated more than $290 million to the Bradley Foundation. In the twenty-first century, the Bradley Foundation invests grant money into four philosophically-defined categories, funding studies that advance the principles of limited government, free market economics, civil society, and education of American citizens.[16]

The Greater Milwaukee Foundation celebrated its centennial anniversary in 2015 and noted in its commemorative publication Greater Together: 100 Years of the Greater Milwaukee Foundation, 1915-2015 that they are inspired “by a simple, yet powerful, idea: together the community is greater than the daunting challenges it faces.”[17] Collaborative partnerships continue to be a hallmark of Milwaukee’s philanthropic community.

Ramsey, Jeffrey T., and Margaret Nettesheim Hoffmann. For the Benefit of All: A Fifty-Year History of the Faye McBeath Foundation. Milwaukee: Marquette University Press, 2016. 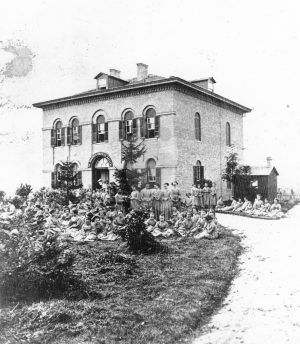 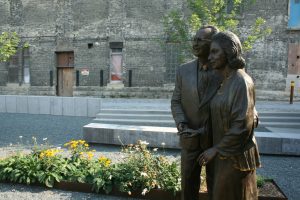 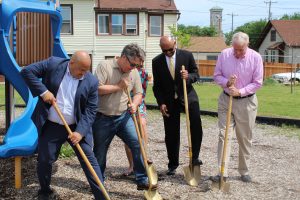 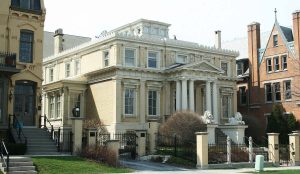