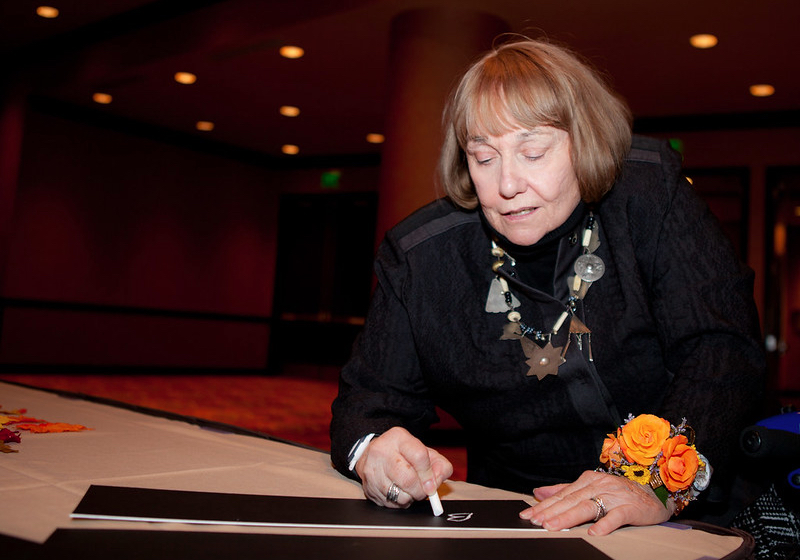 Betty Ewens Quadracci was born the fourth of six children in 1938.[1] Raised in Shorewood and Milwaukee’s Upper East Side, she overcame polio as a young girl in the 1940s.[2] In 1961, she graduated from Washington, D.C.’s Trinity College.[3] Trained as a Montessori teacher, she helped establish the Montessori School of Waukesha in 1964. She also helped found Waukesha’s Head Start program in 1968.[4] In 1971, she and her husband, Harry V. Quadracci, launched the Sussex-based Quad/Graphics, one of the world’s leading printing companies.[5] She served as president and publisher of one of Quad’s signature imprints, Milwaukee Magazine; she ran the award-winning glossy-print monthly for three decades (1983-2013).[6] As philanthropists, the Quadraccis donated millions to the Milwaukee Art Museum.[7] Betty Quadracci served on that institution’s board of trustees for twenty-six years, leading its marketing committee from 1983 to 1989 and encouraging the selection of architect Santiago Calatrava to design the building’s postmodern addition, the Quadracci Pavilion (completed in 2001).[8] She died in 2013, survived by her four children and ten grandchildren.[9]