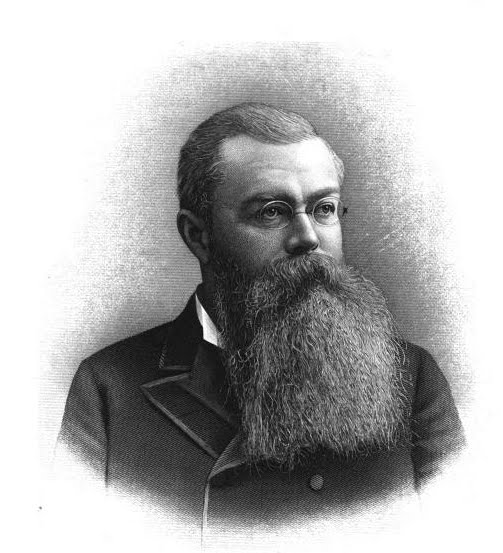 Only son of financier Alexander Mitchell and father of aviator William “Billy” Mitchell, John Lendrum Mitchell (1842-1904) was a prominent banker, Civil War veteran, philanthropist, and legislator. A self-described farmer, Mitchell’s interests included scientific agriculture, horse breeding, social reform, literature, and art, all of which he pursued at his Milwaukee-area estate Meadowmere.[1] Mitchell was a staunch advocate of education; he served as president of the Milwaukee school board and helped found the University of Wisconsin’s Agricultural College. He served in House of Representatives (1891-1893) before being elected to the U.S. Senate for a single term where he became noted for his anti-imperialist stance on American involvement in Cuba and Hawaii.[2]