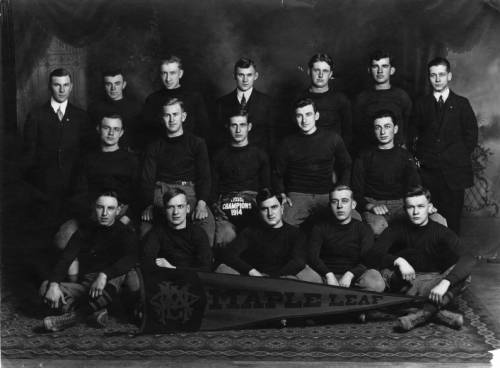 Participation in amateur organized sports, played for fun or pride, has long been a staple of both recreation and entertainment in Milwaukee. The first formal organized amateur sports clubs in the city were cricket teams. Then-congressman Abraham Lincoln reportedly watched a Milwaukee cricket team play a Chicago club in 1849.[1] By 1852, newspapers were carrying regular notices of local cricket matches.[2]

Soon, another bat and ball game overtook cricket as Milwaukee’s preferred amateur sport.[3] The first organized baseball game took place in the city in 1859.[4] The following year, the Milwaukee Base Ball Club gave the city its first team, playing intersquad games and challenge matches against other local clubs at the old State Fair Grounds.[5] The Cream City Baseball Club formed in 1865 and soon claimed three state amateur championships.[6] By the late 1860s, the city was home to seventeen similar clubs, most built around ethnic or neighborhood boundaries. Into the late 1800s and beyond, the most popular amateur baseball action would be in the various sandlot leagues in the city.[7]

While club baseball gave way to sandlot teams, a new form of athletic recreation took the city by storm. The first bicycling clubs in Milwaukee formed in the early 1880s.[8] These groups eschewed competition for the leisurely aspects of riding, but by the 1890s, amateur racing tournaments were drawing huge crowds.[9] An elite group of Milwaukee riders known as the Milwaukee Push competed both locally and nationally and were among the city’s sporting heroes of the day.[10]

Amateur sports flourished off campus in this era as well. City basketball and football leagues, made up of company or neighborhood teams,[14] proved popular among participants and spectators. A city-wide basketball tournament debuted in 1916.[15] Contests between these teams were often spirited affairs. The Milwaukee Journal reported that fights were commonplace in these matches and that social center directors often had to “battle it out” with unruly fans and players.[16] By the mid-1930s, suburban Milwaukee had its own amateur basketball league and played full slates of games during the fall and winter.[17]

City football leagues drew similar attention in the 1920s and 1930s. In 1921, the city fielded nearly fifty amateur squads in leagues arranged by weight classes.[18] The top-ranked clubs competed at Athletic Park (later known as Borchert Field) in front of crowds that numbered as high as 3,500.[19] As with basketball, these teams often had sponsorship and were regularly arranged as a means of recreation for a company’s workers.[20]

First appearing as a recreational lure at city beer gardens and saloons, bowling was perhaps the city’s most popular amateur sport in terms of participation throughout most of the twentieth century.[21] The Milwaukee Bowling Association was formed in 1904 and within three years, the city was home to nearly 80 sanctioned leagues. Women’s leagues appeared in 1916 and by the late 1910s, almost 17 percent of the city’s population took part in organized bowling.[22] League bowling remained a major part of the city’s social fabric until the 1970s, when the number of active leagues began to rapidly decline.[23]

Amateur boxing in Milwaukee drew far fewer participants than bowling, but was wildly popular with spectators. The city’s first Golden Gloves tournament was held in 1930 and remained an annual event until 1956.[24] Top bouts during the tournament drew as many as 10,000 to the Milwaukee Auditorium (now the Milwaukee Theatre).[25]

As participation in city sports leagues declined in the postwar years, attention to amateur sports in Milwaukee became limited to a handful of collegiate and high-level non-professional teams. The Milwaukee Flyers were a regional amateur hockey powerhouse in the late 1940s, claiming a state title in 1949.[26] The Milwaukee Zip Codes had a brief but significant run in the late 1960s, playing their home games at the Marquette University gym and averaging nearly 2,000 spectators per game. [27] In 1969, the Zip Codes won the Amateur Athletic Union’s national basketball championship.[28]

Although Marquette dropped its football program after the 1960 season, its men’s basketball team, founded in 1916, became a national power in the 1970s.[29] Women’s basketball at Marquette has also flourished in recent years since debuting in 1975.[30]

In 1956, the Milwaukee State Teachers College (the old Normal School) became known as the University of Wisconsin-Milwaukee (UWM). UWM dropped its football program in 1975, and its athletic programs remained largely unknown nationally until the 2000s.[31] But in the early twenty-first century, both the men’s and women’s basketball teams made NCAA tournament appearances.[32]

Although the Marquette and UWM teams get the majority of local media attention, amateur sports in Milwaukee today is hardly limited to college teams. Milwaukeeans still participate in league bowling, softball, and basketball.[33] Long-standing amateur teams like the Milwaukee Cricket Club (founded in the 1940s) and the Bavarian Soccer Club (founded 1929) continue to compete both locally and nationally.[34] Bocce Ball, the lawn sport once prominent in Italian neighborhoods of the Third Ward, is still a big attraction at the annual Festa Italiana celebration.[35] The Riverwest 24, a 24-hour bicycle race through the city’s Riverwest neighborhood, has brought renewed attention to competitive cycling and maintains a focus on community-building that is reminiscent of early neighborhood amateur athletic teams.[36] The Brewcity Bruisers roller derby league was founded in 2005 and features an all-star squad that competes nationally, standing out as a rare example of an all-female city sports league.[37] 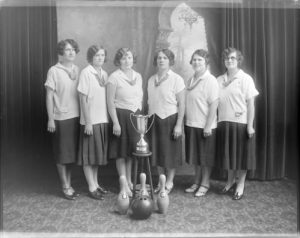 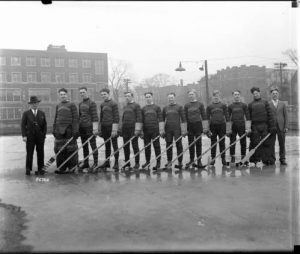