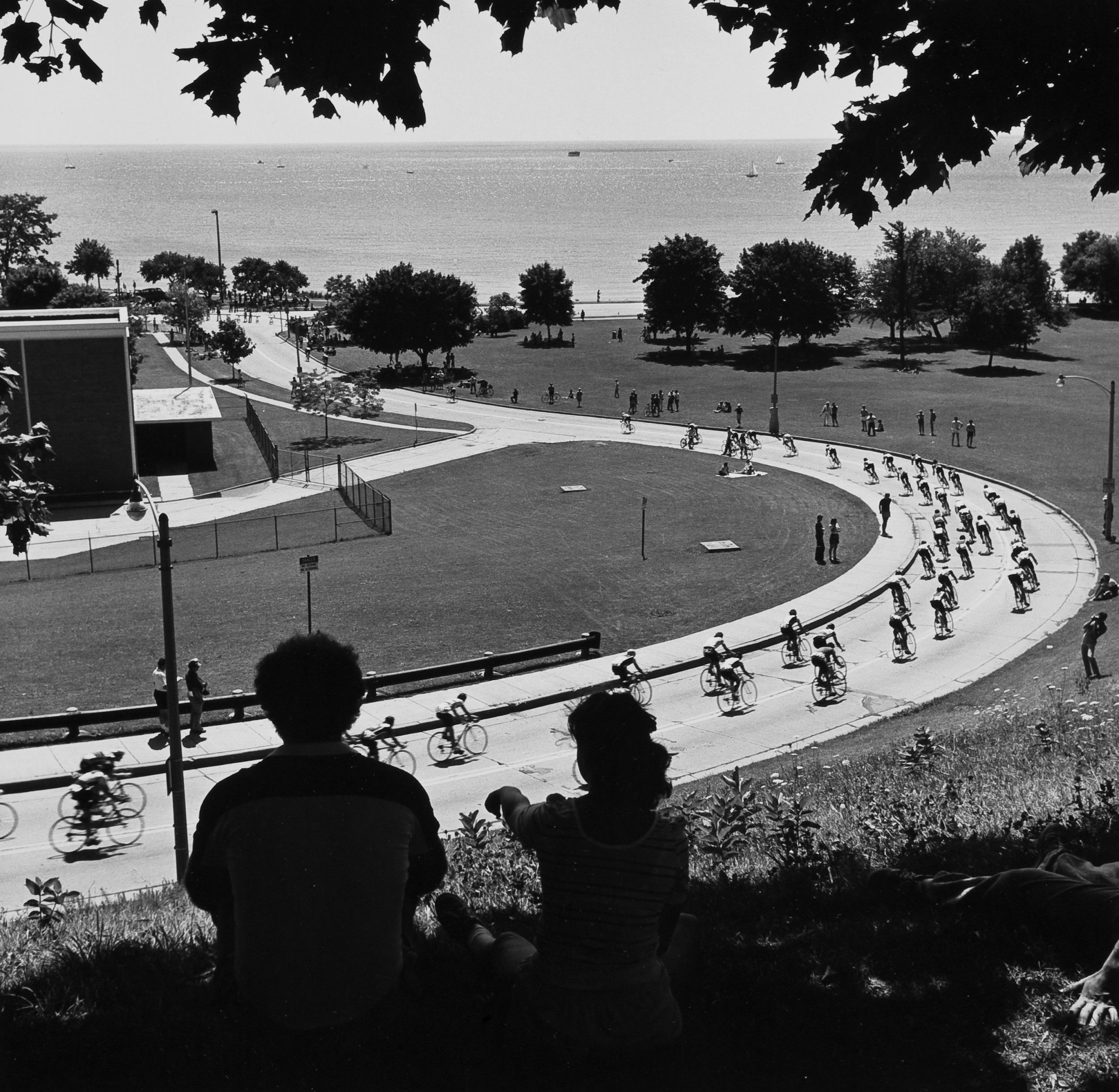 The Milwaukee region has been the epicenter of Wisconsin’s long and complicated love affair with bicycling since the last decades of the nineteenth century.[1] In January 1869, a young man named Joshua G. Towne rode a velocipede—the all wood-and-iron frontrunner to today’s more modern bicycle design—through the city for the first time.[2] Milwaukee residents soon recognized that the velocipedes were impractical for the state’s still-primitive road conditions.[3] As bicycle design advances occurred elsewhere, such innovations helped lead to a resurgence of statewide interest in bicycling by the late 1870s and early 1880s, as gender-exclusive “hi-wheel” bicycles became the norm.[4] After the state’s first high-wheel ride occurred at Racine in 1879, local bicycling advocacy clubs, organized nationally under the League of American Wheelmen (LAW), proliferated throughout Milwaukee and the far corners of the state.[5] Bicycling’s popularity as a white, middle- and upper-class recreational pursuit soared even more in the late 1880s and early 1890s. The advent of a lowered frame, pneumatic tires, and centralized chain drive—along with lower prices due to greater production—also encouraged large numbers of women and non-white riders. Clubs such as the Milwaukee Wheelmen and the North Side Bicycling Club expanded access for white riders even more, even as the LAW placed implicit and formal bans on African American and women’s bicycling participation after 1894.[6] At the same time, internationally recognized racers like Milwaukee-based rider Walter C. Sanger wowed audiences with world-record speeds.[7] Milwaukee also emerged as a national industry leader during the boom’s highpoint in the middle 1890s. Company names such as Sercombe-Bolte, Andrae, and Meiselbach became synonymous with bicycling nationally, and local companies filled advertisements in Milwaukee-based bicycling publications like The Pneumatic.[8] Local firms such as Harley-Davidson Motorcycle further capitalized on the boom by initiating experiments with motorized bicycle frames by the turn of the century.[9]

The advent of the combustible engine nearly spelled the downfall of both Wisconsin’s bicycle industry and Milwaukee’s pre-eminence as the state’s bicycling hub.[10] For much of the early twentieth century, as the automobile industry co-opted industrial foundations prepared by the bike boom in the 1890s, the automobile became Wisconsin’s preferred private transportation option.[11] Only after the Second World War did bicycling begin its slow and steady resurgence throughout the Milwaukee region.[12] Beginning especially in the 1970s, the industry reclaimed some of its former strength when several bicycling companies again became headquartered in the state, including Trek Bicycle Corporation, originally a subsidiary of the Milwaukee-based Roth Corporation.[13] The sport’s popularity then exploded throughout Milwaukee and Wisconsin in the 1980s and especially 1990s, giving rise to advocacy organizations like the Wisconsin Bike Federation, which today retains offices in both Madison and Milwaukee.[14] Milwaukee’s historical, industrial, and cultural footprint on bicycling remains strong. Events like the Riverwest 24, manufacturers like Ben’s Cycle, popular shops like Wheel and Sprocket, and infrastructure projects like the Oak Leaf Trail and, more recently, the Hank Aaron Trail linking Lake Michigan to Miller Park through the city’s Menomonee Valley, all serve as reminders of Milwaukee’s longstanding ties to today’s often-diverse bicycling industry and culture. 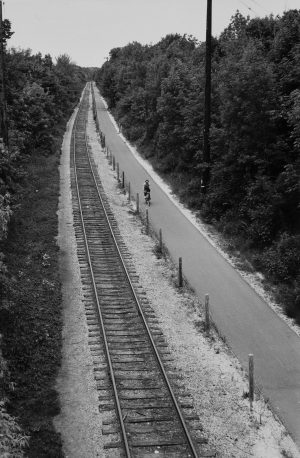 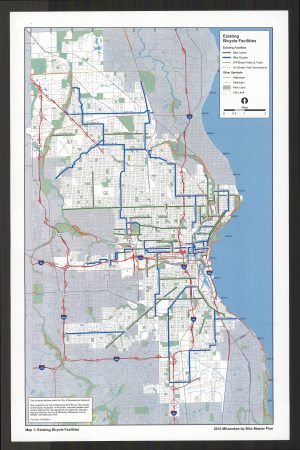