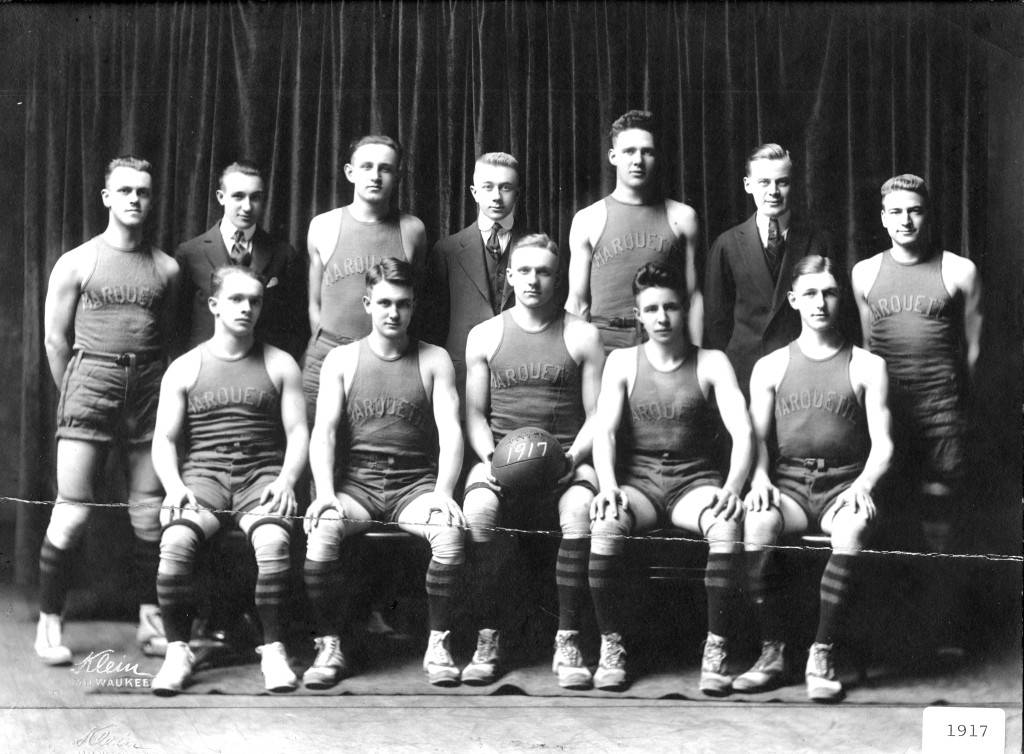 The game of basketball appeared in Milwaukee shortly after it was first played by students at Springfield College in Massachusetts in 1891.[1] The popularity of the game increased rapidly and, by 1896, Milwaukee was home to five organized teams, including the city’s first high school squad at East Division High School. These clubs competed with each other and with traveling teams from as far away as Chicago.[2]

Basketball was one of the first team sports in which Milwaukee girls and women participated. The first girls’ games were played around 1896 at the Old Baptist Church on Sycamore Street[3] (now West Michigan) and, by 1897, girls and women were playing in teams at East Division and at the Wisconsin State Normal School (now the University of Wisconsin-Milwaukee). The Normal School women were so talented that the Milwaukee Journal reported they were having difficultly finding opponents.[4]

In 1898 four teams formed the first city high school basketball league. They played twice-weekly games at the Burnham Gymnasium on the top floor of the McGeoch building on East Michigan Street.[5] Interscholastic basketball was discontinued in 1907 over fears that competition between schools would cause sectional divisions within the city and distract students from schoolwork. The ban continued until 1931, when the Milwaukee City Conference was formed.[6] It would be twenty years before the conference allowed its teams to participate in the annual Wisconsin Interscholastic Athletic Association (WIAA) basketball tournament.[7] South Milwaukee claimed the city’s first state title in 1952 and Milwaukee Lincoln High was the city’s first state-wide power, winning five boy’s state titles between 1959 and 1967. [8]

College basketball emerged around the same time as organized high school play, with the Wisconsin State Normal School beginning men’s play in 1895.[12] The dominant women’s team was organized around the same time, but was not granted varsity status until 1971. These teams were initially nicknamed the Green Gulls but became known as the Cardinals when the Normal School joined the University of Wisconsin system in 1956. Both teams were renamed the Panthers in 1965. The UWM men’s team gained NCAA Division 1 status in 1990 and made national news with a surprise run to the Sweet 16 round of the NCAA tournament in 2005.[13] The women’s team was a small-school power in the 1980s and also joined Division 1 in 1990.[14]

Marquette University launched its men’s basketball program in 1916. Known as the Hilltoppers, Warriors, and Golden Eagles, the team has made 31 NCAA tournament appearances, finishing as the national runners-up in 1974 and winning the National Championship in 1977.[15] Thirty-seven Marquette players have gone on to play in the NBA, including all-stars Dwayne Wade, Doc Rivers, and George Thompson.[16] Marquette’s women’s basketball team began play in 1975 and has made nine NCAA tournament appearances since 1994.[17]

Non-scholastic amateur teams began to flourish in the 1910s, with dozens of neighborhood and company teams competing in local tournaments and leagues.[18] In 1966, the top amateur players in the city formed the Milwaukee Zip Codes, who competed in play sanctioned by the Amateur Athletic Union (AAU). The Zip Codes were runners up in the AAU national tournament in 1967 and won the national title in 1968. In 1969, renamed the Cudahy Medalist Mods, the team joined the semi-professional minor league Continental Basketball Association.[19] In 1980, an AAU boys’ basketball program formed in Wisconsin, featuring several teams affiliated with Milwaukee-area Boys and Girls Clubs. In 1991, an AAU Girls Basketball program was launched in the area. Participation in each of these programs has increased steadily since the mid-2000s.[20]

In 1951, the Tri-Cities Blackhawks of the NBA relocated to Milwaukee and became known as the Milwaukee Hawks. Playing at the Milwaukee Arena (now the UW-Milwaukee Panther Arena), the Hawks had little success in Milwaukee. Hall of Famer Bob Pettit played his rookie season with the Hawks in 1954-55. After that season, however, poor attendance forced the Hawks to relocate to St. Louis. The franchise currently plays in Atlanta.[24]

In 1968, Milwaukee won an expansion franchise in the NBA. Christened the Bucks, the team played at the Arena and became serious title contenders in just their second year of existence. Led by three-time MVP Kareem Abdul-Jabbar, the Bucks won the NBA Finals in 1971 and came within one victory of another title in 1974. The Bucks remained a power into the 1980s, winning seven straight division titles. The Bucks moved to the Bradley Center in 1988.[25]

Fishman, Marv, and Tracy Dodds, Bucking the Odds: The Birth of the Milwaukee Bucks, Milwaukee: Raintree, 1978. 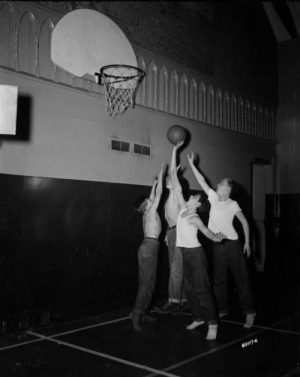 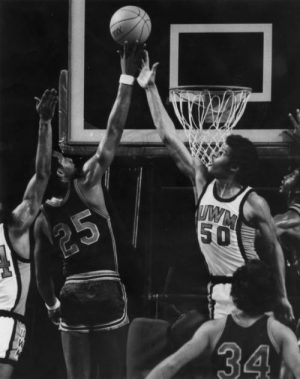 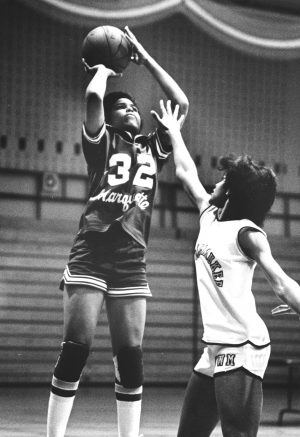