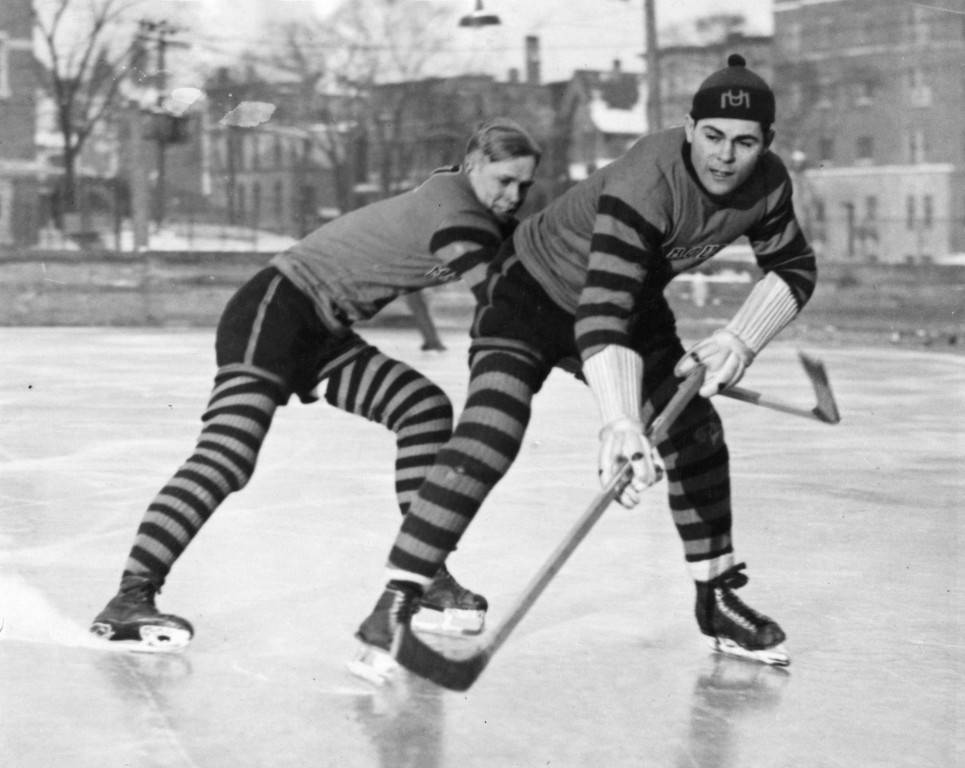 Hockey in Milwaukee has had a rocky history, although the Admirals are quite beloved in the region. A hockey demonstration sponsored by Schlitz Park Polo Club on the Milwaukee River in 1887 first introduced hockey to Milwaukee, but it was only thirty years later that organized games were consistently played. The Milwaukee Drueckers, named after team founder Robert Pierre Druecker, played amateur hockey from 1918 to 1922 and played professionally from 1922 to 1926, when the team and its sponsoring company folded. Shortly after, the Luick Dairy Company sponsored a team that lasted five years in the late 1930s. After the Luicks ceased playing, many teams started in Milwaukee, although none of them lasted more than two seasons: the Clarks (1948-1949), the Seagulls (1950), the Chiefs (1952-1954), the Falcons (1959-1960), and the Metros (1961).[1]

Despite the tenuous nature of professional hockey, collegiate and youth hockey quickly found a home in Milwaukee. Hockey was a popular high school, prep school, and collegiate sport. During the 1920s, hockey teams from both Marquette University and the University of Wisconsin were well regarded. Marquette University played their games on outdoor ice to crowds of 1,500 to 2,500 people. During the Great Depression in the 1930s, hockey was dropped by both universities. It was not revived until the 1960s, when the University of Wisconsin started their hockey team again, and the 1970s, when Marquette restarted their club hockey program.[2] The Wisconsin Amateur Hockey Association, WAHA, was established in the 1960s. The Southeastern Hockey Association of Wisconsin was started in the 1970s to further promote youth hockey.[3]

The longest-lasting professional hockey team in the city has been the Milwaukee Admirals. Originally named the Milwaukee Wings, the team was renamed in 1971 when Bill Chimo purchased the team. The Admirals’ first game was played against the Rockton, Illinois, Wagon Wheel Cardinals to benefit the Southeastern Hockey Association.[4] Jane and Lloyd Pettit purchased the team from Chimo in 1976 and continued ownership until their deaths.[5] The team, which joined the International Hockey League (IHL) in 1977, played at the MECCA (now the UW-Milwaukee Panther Arena) from the mid-1970s through their 1986-1987 season.[6] Under head coach Gene Ubriaco during the 1976-1977 season, the Admirals made it to the Turner Cup finals only to lose to Toledo’s hockey team in six games. The 1982-1983 season was the closest the Admirals came to winning the Turner Cup during their IHL affiliation.[7]

When Jane Pettit built the Bradley Center in 1988, the Admirals moved from the MECCA to play there. The Pettits attempted to petition for a National Hockey League (NHL) expansion team in the early 1990s due in part to the Admirals’ success as an IHL team, the presence of the Bradley Center, and the belief that Milwaukee would support an NHL franchise. However, Lloyd Pettit withdrew his petition in 1994 due to high entrance fees that would have made Milwaukee’s potential team “non-competitive” and “an economically unsound franchise.” [8] Since the 1994 NHL petition, no further attempts to join the NHL have been made. The Admirals joined the American Hockey League in 2001 but have not been able to recapture the team’s IHL success.[9] Game attendance has dropped every year since their last season in the IHL, an average of 7,039 people, to an average of 4,754 people per game in 2004.[10] Although attendance recovered somewhat—averaging around between 5,000 and 6,000 in the next decade—the decline in attendance contributed to the team’s decision to return to the University of Wisconsin-Milwaukee Panther Arena at the beginning of the 2016-2017 season.[11] 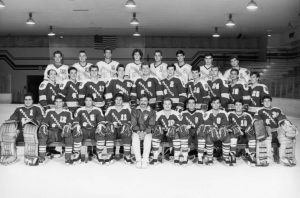