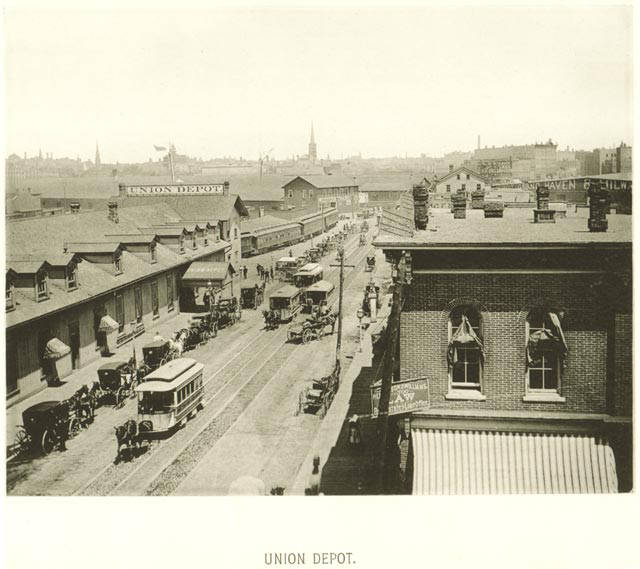 In the 1830s and the 1840s, Virginian George Walker filed, lost, and reacquired a land claim for 160 acres bordered by the Milwaukee and Menomonee Rivers and the contemporary Greenfield Avenue and Sixteenth Street (S. Cesar Chavez Drive). Milwaukee’s two other original settlements of Juneautown and Kilbourntown soon joined with Walker’s Point to form the core of the city.

In the mid-nineteenth century, Yankee, German, Irish, and later other immigrant settlers were drawn to Walker’s Point to work in the factories that developed near the rivers and, later, the railroads. By the early 20th century, the area was the founding site of many major machine manufacturers, including Allis-Chalmers and Allen-Bradley. In the 1920s the Pfister-Vogel Tannery began to recruit Mexican workers. Today the neighborhood is home to the largest concentration of Spanish speakers in Wisconsin.[1]

Modern Walker’s Point is noted for its distinct historic character and the opening of new restaurants, galleries, and loft spaces. Although the interstate highway project cut through the neighborhood in the 1960s, still the neighborhood retains many Greek revival, gothic, and Italianate worker cottages as well as more substantial Italianate and Queen Anne residences. Decorated cornices on 19th century buildings are evident on many commercial buildings that line Second Street, National Avenue, Fifth Street, and Sixteenth Street and factories in the neighborhood. Holy Trinity, the South Side’s first Roman Catholic church, dates from 1850 (now merged with Our Lady of Guadalupe, founded in 1926). Other historic churches originally served other ethnic congregations in the neighborhood.

Residents translated their concern for the deteriorating condition of Walker’s Point into action after the nearby Chicago and North Western Railroad Depot was demolished in 1968. Land Ethics, Inc., a newly formed non-profit historic preservation organization joined with the Junior League of Milwaukee to begin a pilot project. Subsequently, in 1973, Historic Walker’s Point, Inc. (HWP) was founded as a non-profit organization of residents and non-residents to begin restoration projects and neighborhood tours. In 1978, HWP nominated a part of the neighborhood east of the expressway to the National Register of Historic Places. They argued that much of the 19th century working-class neighborhood remained intact, showing the close proximity and scale of the factories, homes, shops, schools, and churches of the walking city. HWP also built a pocket park on a blighted lot at Third Street and Walker Street, lobbied to reopen a branch bank on National Avenue, and helped arrange the Milwaukee Ballet Company’s move to Walker’s Point. In 1979, HWP formed the Walker’s Point Development Corporation to continue local rehabilitation. In 1981, HWP became Historic Milwaukee, Inc. and expanded walking tours and preservation activities citywide.

Today nearly 9,000 people live in Walker’s Point.[2] While challenges continue, such agencies as the United Community Center on Walker’s Square have emerged to serve current residents. Vacant factories are being transformed into loft apartments and offices, and new restaurants and bars are revitalizing underused commercial space. The emergence of a research hub around the Global Water Center is an additional example of Walker’s Point’s ongoing evolution. 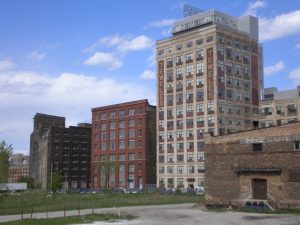