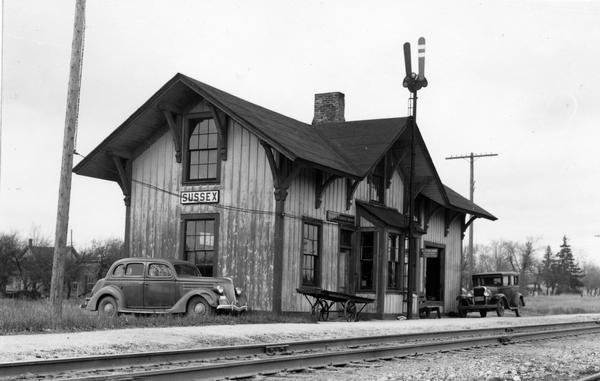 The Village of Sussex, the second most populous village in Waukesha County, is about twenty miles northwest of Milwaukee.[1] The area’s early residents settled a village within the Town of Lisbon in 1842. Their origins in Sussex, England, gave rise to the village’s nickname as “that English Settlement.”[2] Villagers maintained English style and custom until a wave of German immigrants arrived in the last decades of the 19th century, attracted by the area’s growing industry.[3]

Sussex’s first settler, Richard Cooling, ran a blacksmith shop and general store. He also served as the first postmaster, eventually giving the responsibility to his son-in-law, James Templeton.[4] After the arrival of a new railroad crossing, Templeton established a new village to the east, taking the post office with him. In 1888, Templeton named the railroad stop and the new settlement after himself.[5]

Several industrial concerns, including hops producers, limestone quarrying, and canning, started operations in Sussex around the turn of the twentieth century. An increasing number of Germans, as well as some Irish, Scots, and Scandinavians, came to work in the new industries. Responding to the demand generated by the rise of the brewing industry in Milwaukee, the Weaver family dominated Waukesha-area hops production.[6] Quarries provided another economic boon for the village because of its high quality limestone, often called Lannon stone. Several railroad lines facilitated distribution of stone for buildings in Milwaukee and elsewhere. The Halquist Stone Company, founded in 1929 by Swedish immigrants, produced stone for many of Milwaukee’s houses and churches after World War II and remains one of Sussex’s biggest businesses.[7]

Canning, though no longer active in Sussex, was lucrative when farming was still the most common occupation. In 1920, the Kraemer family moved to Templeton and established the Mammoth Spring Canning Company, distributing local farmers’ produce widely until it closed in 1996. This vegetable cannery employed German prisoners of war during World War II and often hired Mexican-American migrant workers from Texas in the post-war years.[8]

John P. Kraemer, manager of Mammoth Spring Canning, created the Templeton-Sussex Advancement Association in 1921 to found the area’s first fire department. This successful collaboration led to the Association’s petition for the merger and incorporation of Sussex and Templeton. The village was incorporated as Sussex on September 12, 1924 with a population of 387.[9]

Sussex continues to serve as the social and business center of the surrounding Town of Lisbon. The two communities share several public services. Unlike rural Lisbon and other neighboring municipalities, Sussex’s housing stock includes many duplexes and apartment buildings.[12] Area residents make use of the village’s commercial and community facilities, including eleven parks and several nature preserves.[13]

Recollections from the Past: Sussex, Wisconsin. Sussex, WI: The Bank, 1972. 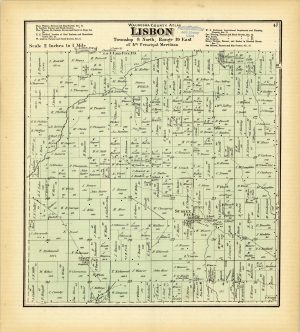 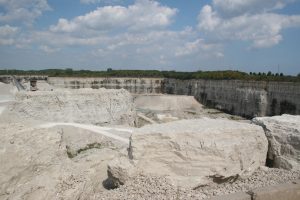