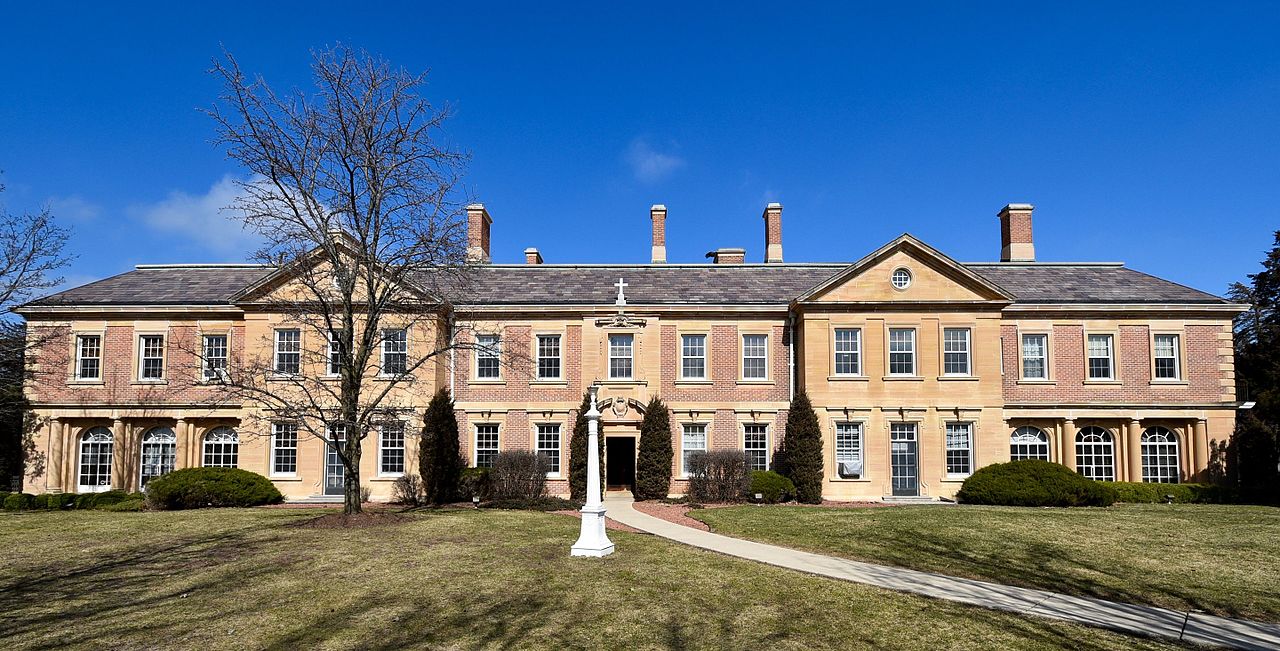 Before European settlers arrived in the 1830s, the Ho-Chunk and Potawatomi Native American tribes lived in the Summit area.[1] Effigy mounds in the town predate both of these groups.[2] As was common, several of Summit’s main roads were adapted from Indian trails.[3] The first white settlers arrived in Summit in 1837, and early settlements included the hamlets of Summit Corners and Summit Centre.[4] A stagecoach stop on the road from Milwaukee to Madison brought business to Summit Centre.[5] But when the plank road and then the railroad bypassed Summit in favor of Oconomowoc, the town’s isolation kept it rural.[6] An 1852 tornado that destroyed both settlements sped this process.[7]

By the twentieth century, Summit gained prominence for its agriculture. The dairy industry became Summit’s most important business.[8] The county’s first two cheese factories opened in Summit in the 1870s.[9] In 1906, Frederick Pabst, son of the brewery founder, bought a farm in Summit.[10] Pabst Farms, which occupied more than 1,400 acres, won international acclaim for its prize-winning horses and pedigreed Holsteins.[11] Conceived as a self-sustaining model farm, Pabst Farms successfully continued its dairy enterprise into the 1960s. In 1963, the completion of Interstate 94 divided the Pabst Farms property.[12] Although Pabst Farms continued to raise crops, it ended its dairy business.[13] As suburbanization increased, farming steadily decreased in Summit. No dairy farms remain in the Village, although it does contain other agricultural operations.[14]

As farming declined in the region, the future of Pabst Farms helped Summit to solidify its borders and incorporate as a village. Since 1965, Summit faced annexation attempts from surrounding municipalities.[15] In the 1990s, the City of Oconomowoc sought to annex the Pabst Farms land for new development. Objecting to the annexation, Summit took Oconomowoc to court in 1995.[16] Although Summit lost this case, the Town secured boundary agreements with its neighbors between 2000 and 2009.[17] These agreements paved the way for incorporation in 2010, with a population of 4,674.[18]

Summit is home to many lakes and wetland areas. The Village contains sixteen of Lake Country’s named lakes.[19] The lakes are significant landmarks in Summit, and village residents speak of their neighborhoods in terms of nearby lakes.[20] The eastern portions of Summit, especially the Nemahbin Lakes region, are the Village’s most densely populated areas.[21] Many Summit residents live on smaller, lakefront lots, while those not living on a lake generally have larger, rural acreage. Properties that once hosted summer cabins are increasingly being fitted with year-round homes.[22] Western Summit is predominantly wetland.