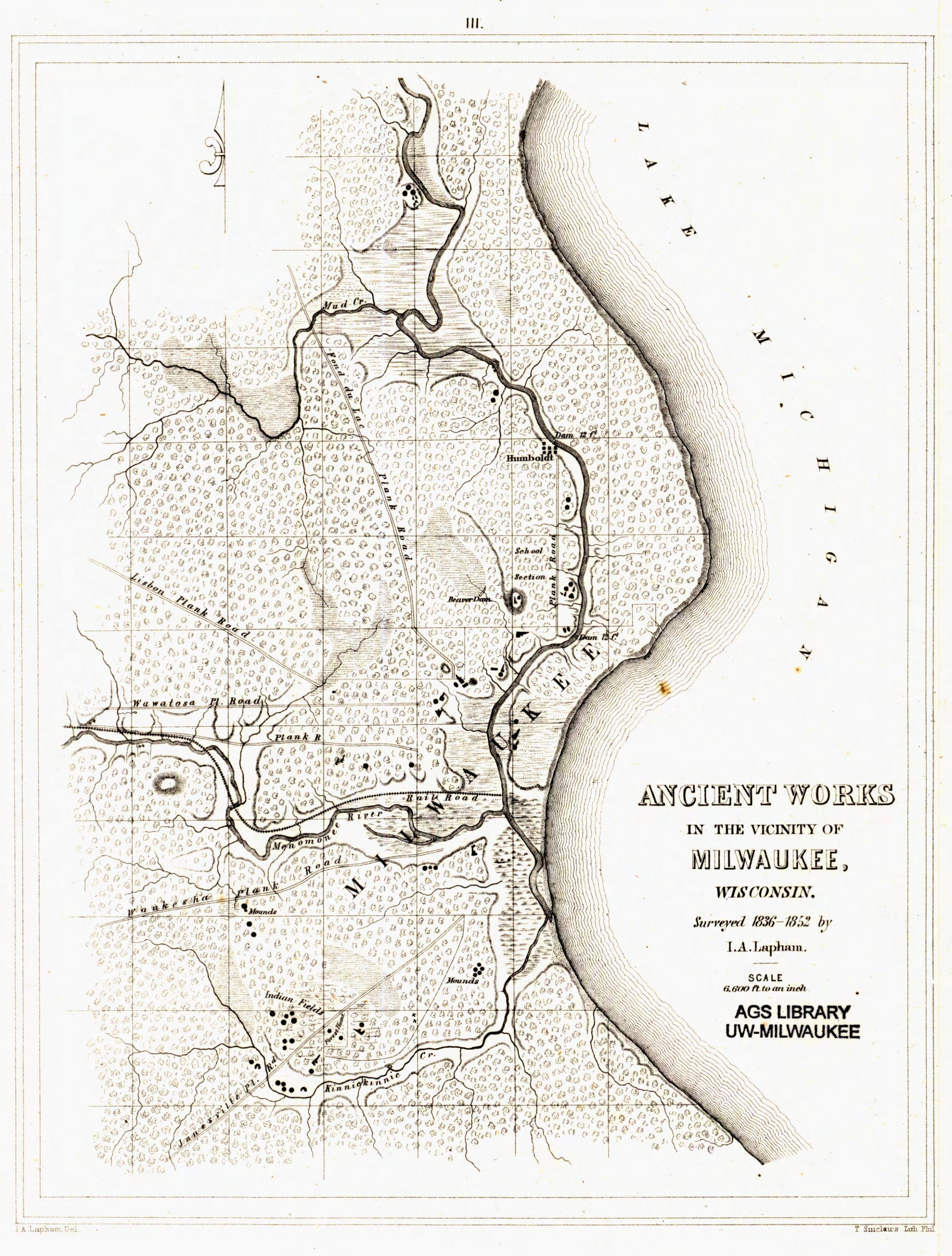 Milwaukee was Native American land until the 1830s. The Potawatomi lived in the area in the early 19th century but lost their lands as a result of coerced treaties that forced them to cede the territory to the United States for American settlers. Most of these people were removed west to a reservation in Kansas, but one group that refused initial resettlement moved to northern Wisconsin, where they were eventually recognized by the U.S. government as the Forest County Potawatomi.

However, Native people had occupied Milwaukee and surrounding areas for 13,000 years before the removals, first moving into the area after the Ice Age. Subsequent populations grew and formed ever more complex cultures, at first supported by hunting, gathering and fishing, and later by the farming of crops such corns, beans, and squash.

The custom of building earthen mounds for burial and other broader ceremonial purposes began about 800 B.C. and persisted until about A.D. 1200. The earliest mounds were large, round earthen mounds used for burial of the dead from especially important segments of society. After 700 A.D., and for another four centuries, mound building took a dramatic turn. Throughout the southern part of what is now the Wisconsin and portions of surrounding states, the ancient people sculpted prominent places of natural landscape into thousands of earthen effigies—burial mounds shaped like animals and supernatural beings, along with other forms.[1] The reasons for this relatively short-lived phenomenon remains a mystery, although the effigy forms correspond to animal ancestors, named clans, and spirit beings important to the religious beliefs of more recent tribes.

The records of the Wisconsin Historical Society document several hundred Indian mounds at over 50 places in what is now Milwaukee County, mainly along rivers. In one case, a grouping of at least 55 mounds once spread over a broad area along the Kinnickinnic River.

Urban and suburban expansion destroyed nearly all mounds in the Milwaukee area, but Increase Lapham’s 1855 book Antiquities of Wisconsin provides insight into how the cultural landscape once looked.[2] Lapham, Wisconsin’s first natural scientist, came to Milwaukee from Ohio in 1836. He encountered the numerous mounds here and elsewhere during his work as a land surveyor and became so taken with the mysterious ancient features that he set about mapping other mounds across Wisconsin. His book, published by the Smithsonian Institution, contains maps and descriptions of long-gone mound groupings, including in the Milwaukee area.

Only a few mounds survive in metropolitan Milwaukee. One of these is at Lake Park on a high bluff overlooking Lake Michigan. It is a large, low conical or round mound, 40 feet in diameter and 2 feet high, that was once a part of a small grouping of similar mounds.[3] It is undated but may have been constructed as early as 2,000 years ago. The preservation of the Lake Park mound serves as a reminder of a time when Milwaukee was Indian land and the ancient burial mounds were a prominent feature of the landscape.

Birmingham, Robert A. Spirits of Earth: The Effigy Mound Landscape of Madison and the Four Lakes. Madison, WI: University of Wisconsin Press, 2010. 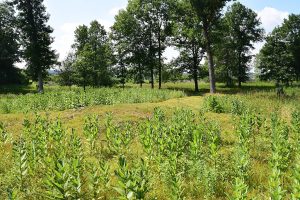