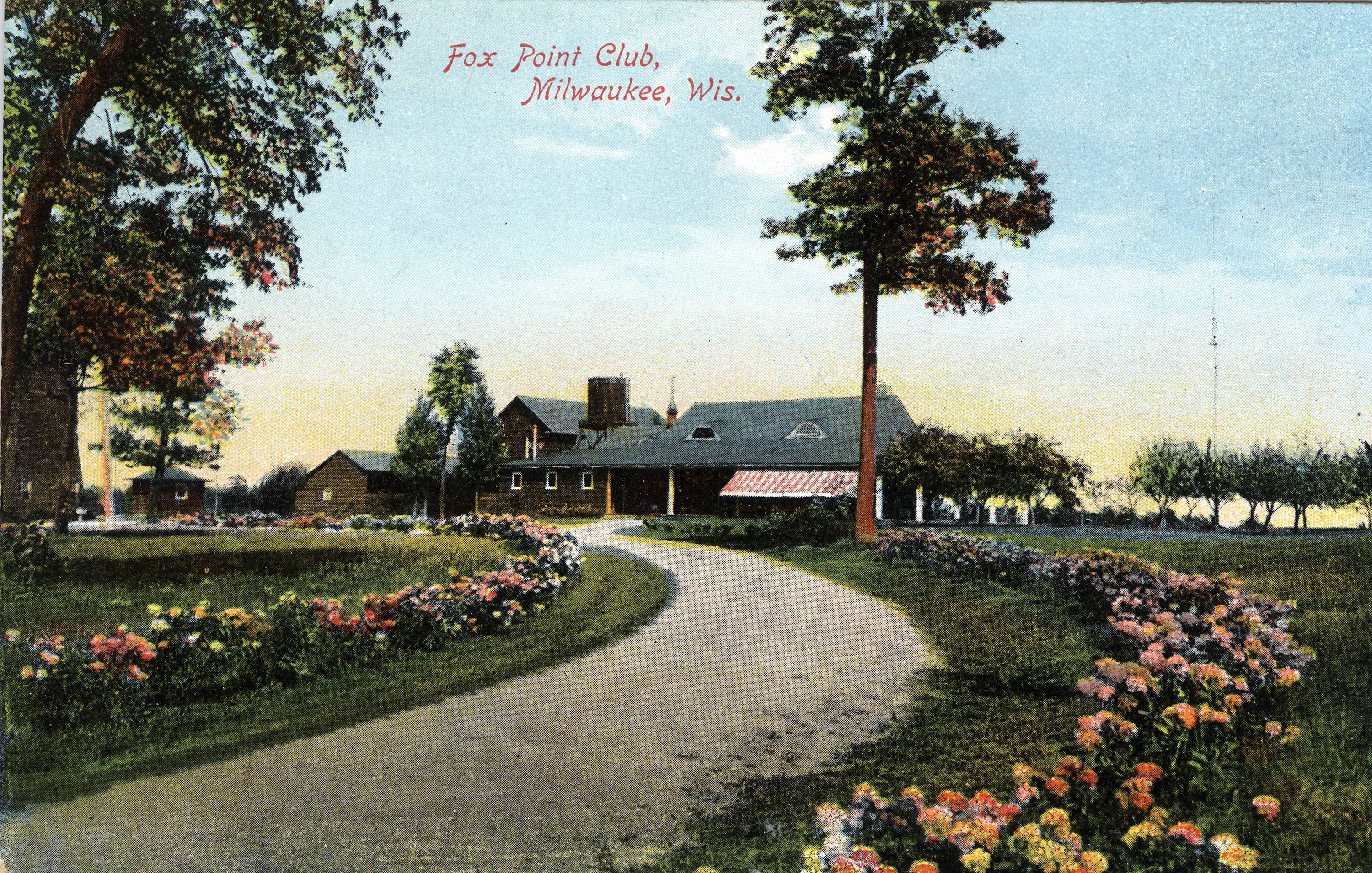 Fox Point is a suburb of Milwaukee. It is located on the North Shore, east of Milwaukee along Lake Michigan, and was incorporated as a village in 1926. As a village, it does not have full-time elected officials. Rather, it has a village board that consists of a president and six trustees. They serve three-year staggered terms. The village’s daily operations are supervised by professional administrators, including a village manager, village clerk/treasurer, and a financial manager.[1]

Most of the early Fox Point settlers were Dutch. Joel Buttles was the first white person to settle in Fox Point. He bought 560 acres of land in what is now Fox Point, River Hills, Shorewood, and Whitefish Bay in 1843. There were few, if any, Native Americans in Fox Point because the soil was thick with clay, which made farming difficult. Other Dutch settlers followed Buttles and used new agricultural techniques to grow wheat, barley, rye, and corn despite the clay. Some residents noticed that a point of land (in what is now Doctors Park) that jutted into Lake Michigan looked like the head or nose of a Fox, and so they named the area “Foxes Point.” Eventually, the name was shortened to “Fox Point.” Public services were provided by the Town of Milwaukee, which then covered all of Milwaukee County north of Greenfield Avenue. Fox Point’s first school opened in a log cabin in 1848. Dutch Reformed church services were held in the 1850s. Germans arrived and erected Lutheran churches in the 1860s.[2]

The second settlement of Fox Point began in the 1890s when wealthy Milwaukeeans built summer homes in the community. They also established the Fox Point Club, a private club where members could golf, boat, swim, or attend parties and balls. Being a rural area, there was no electricity, running water, sewage, or garbage collection. By the 1920s, the residents expected a better level of services than the Town of Milwaukee was providing. Thus, Fox Point incorporated as a village in 1926. The Fox Point School District began to operate the following year. The Village of Bayside acquired a school in 1948 and merged it into the new Fox Point-Bayside School District.[3]

As more people arrived from Milwaukee, they needed more land and more schools. Representatives from Bayside, Fox Point, Glendale, and River Hills met in 1954 and agreed to annex what was left of the Town of Milwaukee, a move that prevented the City of Milwaukee’s eastward expansion. The newly annexed western portions of Bayside and Fox Point became what is now the Maple Dale-Indian Hill School District. Nicolet High School opened in Glendale in 1955 and serves all four communities.[4]

Fox Point’s residents are financially better off than the average Milwaukee-area population. According to the U.S. Census Bureau, the median income was more than $115,000 in 2015. Careful zoning laws require large lots for home construction, while the zoning laws also preserve some of the rural character of the village. Fox Point is known for the Schlitz Audubon Nature Center, a 185-acre preserve on what once was the Schlitz Brewing Company’s farm for retired horses. It is also the home of Cardinal Stritch University and the Mary Nohl House, a residence and sculpture garden of the modern artist Mary Nohl who died in 2001.[5] 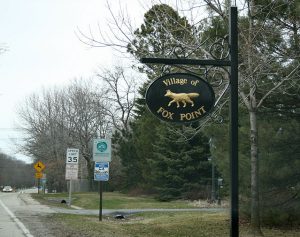