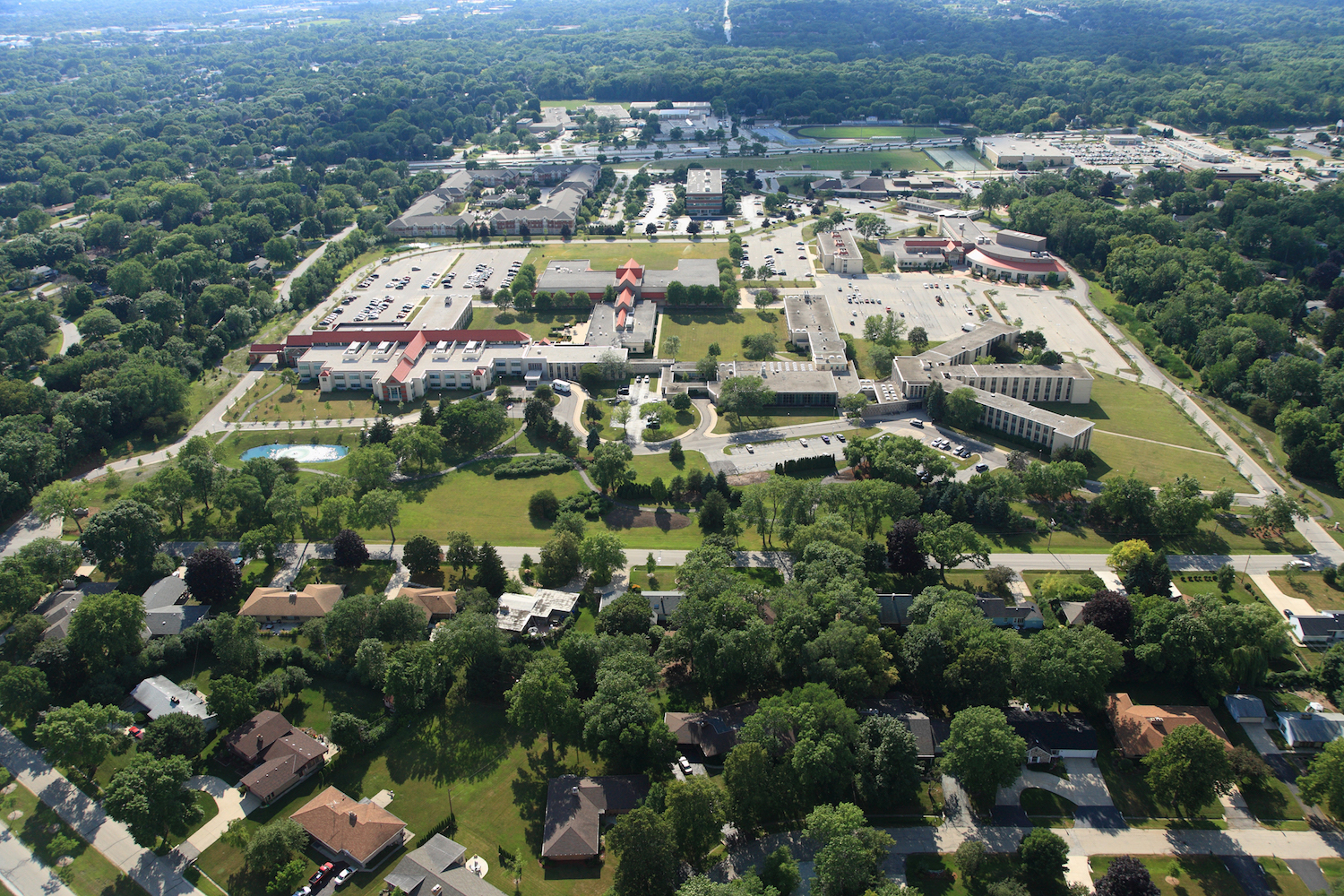 Since 1937 Cardinal Stritch University has been dedicated to offering a liberal arts education and providing for the underserved. Stritch’s story began in the depths of the Great Depression when Milwaukee Archbishop Samuel A. Stritch urged the city’s women’s religious communities to establish teacher training schools for the nuns within their orders. The Sisters of St. Francis of Assisi answered this call and opened St. Clare College, which dedicated itself to the “spiritual, intellectual, moral and physical development of its students.”[1] The institution not only trained nuns as teachers but also created programs to prepare educators to work with students with developmental disabilities and opened a clinic to help children struggling with reading.[2] In 1946 the institution broadened its mission, began admitting lay women, and renamed the school Cardinal Stritch College after Cardinal Samuel A. Stritch, the former Milwaukee Archbishop.[3]

Throughout the 1950s and 1960s, Stritch expanded its reach. It began programs in health sciences and graduate education.[4] By the fall of 1961 enrollment reached 425 students and Stritch had outgrown its S. Lake Drive campus.[5] The college relocated in 1962 to a larger campus along Port Washington Road in the north suburbs of Glendale and Fox Point.[6] The new campus and the high number of college-aged students in the 1960s brought a jump in enrollment and by 1967 Stritch had 650 students.[7] However, despite the large number of college-aged youth in the United States, by 1968 Stritch’s enrollment began to decline.[8] This caused concern among college officials. The President reported that “in part, this drop was due to the drift [of lay undergraduates] toward coeducation and public institutions.”[9] So, in the fall of 1970 Stritch began accepting males in its undergraduate programs; by the spring of 1971, there were thirty-two men enrolled.[10]

In the last decades of the twentieth century, Stritch experienced an era of growth. It added a host of new majors, establishing a Nursing Department and expanded its innovative reading clinic.[11] In 1982 Stritch connected with a new group of underserved students by creating a business program for working adults, a program which offered courses in the evenings.[12] Two years later the physical campus was expanded when construction of a library, fieldhouse, and student union was completed.[13] In 1997, recognizing the wide ranging of programs in the liberal arts, education, nursing, and business, the Board of Trustees voted to change the institution’s status from college to university.[14]

By the late twentieth century as the number of Sisters of St. Francis of Assisi on campus declined, the university took steps to ensure their mission and values remained part of the university’s fabric. In 1997, a Franciscan Center was opened in the library that offered a wide range of materials related to the Franciscan intellectual tradition.[15] In 1999 the university began an annual Franciscan Leadership Pilgrimage that sent students, faculty, and staff to Assisi, Italy to visit important Franciscan sites. In 2014 a new core curriculum was implemented, integrating the Franciscan values into students’ program of study.[16]