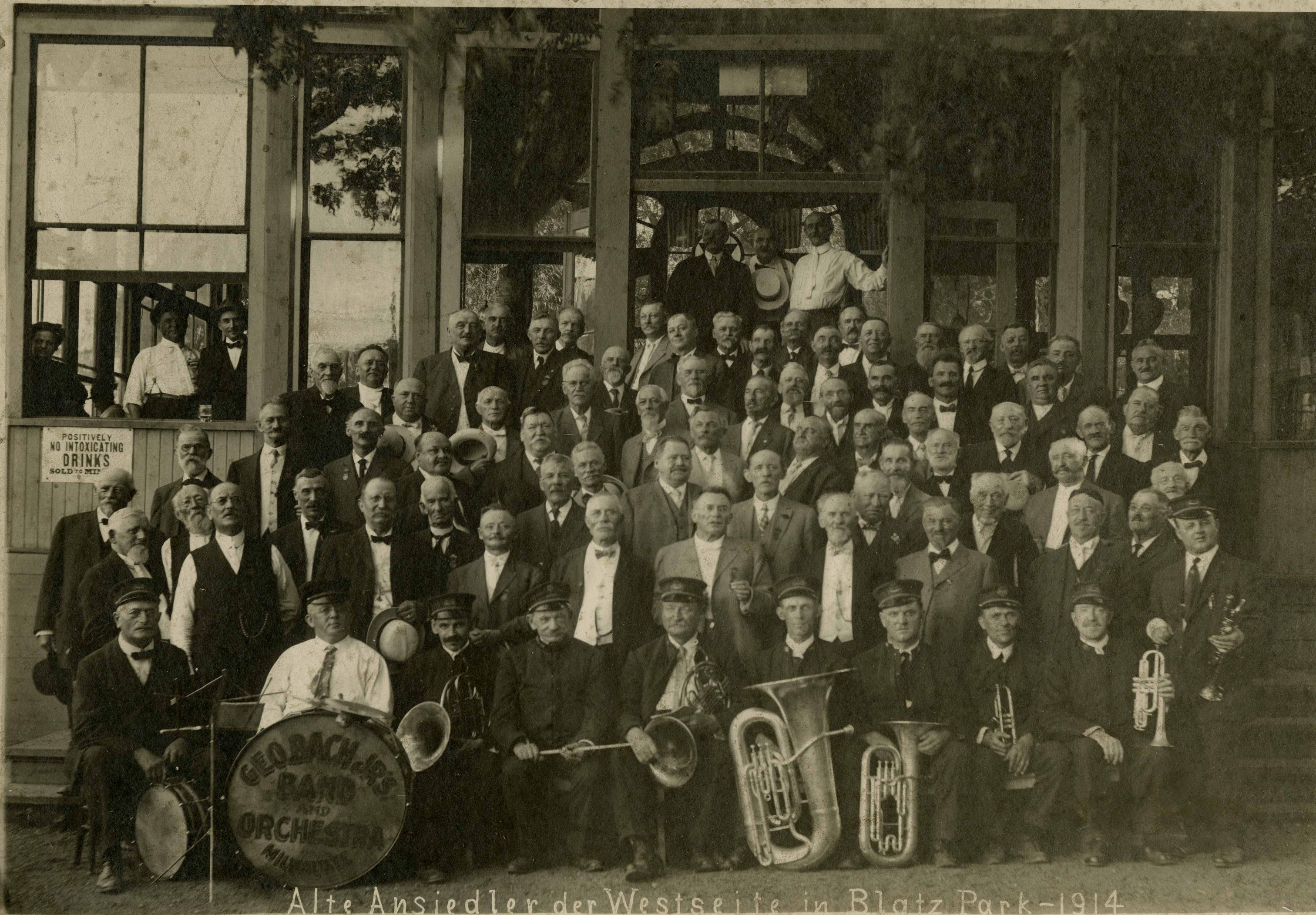 Milwaukee has been a vibrant, distinctive center for popular music since the earliest years of the twentieth century. Styles widely popular with performers, listeners and dancers in Milwaukee changed with different eras, but live music remained essential to local cultural life—deriving from the gemütlichkeit principle of well-being through balanced work and recreation instilled by the city’s German population.[1]

A quintessential Milwaukee institution from the late 1800s that continued until Prohibition in 1919 was the performance of brass bands and ethnic music ensembles at outdoor beer gardens and summer resorts run by breweries.[2] The early twentieth century also saw the expansion of piano-based songwriting and player-piano roll and sheet music publishing. Grand Avenue-based composer-publishers like Charles Harris and Joseph Flanner reached Milwaukee and national audiences until popular music came to be dominated by recorded music. (Years later, music publishing returned to Milwaukee in a big way when Hal Leonard established its home office on the West Side of the city and eventually became the largest publisher of popular music songbooks and instrumental methods in the U.S.).[3]

Music now considered “classical” rather than “popular”—German liederkranz choruses and symphonies, as well as Italian light opera—was widely popular with Milwaukeeans in the first half of the twentieth century, often filling music halls like the Pabst Theater. Grassroots participation in this genre of “popular” music could be achieved by singing in an ethnic music organization, church choir, or local opera company, or by playing German orchestral works in an amateur orchestra or smaller ensemble; all intersected with the European identity of the city. A similar middle ground between classical and popular music was found in the mandolin, banjo, and accordion orchestras that flourished in the city during the early twentieth century, with the Milwaukee Mandolin Orchestra, which was still performing in 2015.[4]

Popular music and dancing came together throughout Milwaukee’s history, with small orchestras, swing bands and polka groups performing frequently through the mid-1950s at ballrooms such as the Schlitz Palm Garden, the Modernistic Ballroom at State Fair Park, and the Eagles Club. The ascent of rhythm and blues and rock and roll music reduced the pull of swing and polka bands, but those newer styles often attracted dancers in the latter two ballrooms. In Milwaukee neighborhoods, dancing to local polka, swing, or rock bands has continued to the present day, especially in summertime, at the many Roman Catholic church festivals found from the South to the East Side of the city.

Though rarely a center for nationally distributed records, Milwaukee area labels released the music of local dance bands and ethnic music ensembles during the late 1920s and early 1930s on Broadway and Paramount Records (Port Washington and Grafton) and of polka groups in the 1940s and 1950s on the Pfau label (Milwaukee).[5] Radio stations and early live television broadcasts employed house orchestras and novelty bands like Heinie and his Grenadiers and Joe Shott and the Hot Shots, who also appeared at local dance venues. The identification of Milwaukee as the preeminent “polka city” also reflected the early dominance of European cultural groups, with German (often called “Dutchman”), Polish, and Slovenian sub-styles all represented. The Walker’s Point native and concertina and accordion player Louise Bashell’s popular recording of “Silk Umbrella Polka” (Pfau label, late 1940s)—based on a Slovenian folksong—helped solidify the dominance of that ethnic polka style in Milwaukee.[6] Though the national star of Slovenian-American polka, Frankie Yankovic, was a native of Cleveland, he was crowned “polka king” in Milwaukee. But it was home-grown Verne Meisner (born in 1938) who most prominently represented that style during its widest popularity in Milwaukee during the 1950s and early 1960s. A virtuoso with the amplified piano-accordion, Meisner released locally-popular singles and albums on the Cuca label (Sauk City, WI) and could be heard (with many other local polka performers) in taverns and clubs on the South Side on a weekly basis. Meisner passed his Slovenian-American style down to his son Steve, who performs widely in Southeast Wisconsin, while there has been an early twenty-first century revival of polka accordion music played weekly at the Lakefront Brewery Friday fish fry and in Milwaukee County Park beer gardens that have multiplied since 2012.

Big band swing music and combo-driven modern jazz were both popular in Milwaukee dancehalls, clubs and taverns. They started with African American performers and audiences but quickly attracted an interracial mix. The pre-1960s popularity of jazz gave African American musicians a way to perform widely in a racially segregated city. In the North Side area called Bronzeville starting in the late 1920s and 1930s, clubs like the Metropole and the Flame—“black and tans,” with both white and black patrons—featured local African American jazz musicians, blues singers, and dancers as part of a Cotton Club-style floor show.[7] Smaller clubs and taverns in African-American neighborhoods on the North Side—the Polk A Dot, Moon Glow, and Max’s Lounge—featured jazz of all kinds from the 1930s until the 1970s. Downtown clubs like Curso’s, Gallagher’s, and the Brass Rail drew a mainstream audience for national touring artists along with local jazz musicians playing in small combos. As jazz began to draw smaller audiences in the 1970s and 1980s, clubs dedicated to presenting and preserving the style—such as the Jazz Gallery, Jazz Estate, and Jazz Oasis—provided area musicians and listeners with places to experience the style.

The growth in popularity of R&B and rock & roll groups gradually overshadowed jazz in Milwaukee from the late 1950s onwards. Electric bands playing these styles appeared regularly at former jazz clubs and ballrooms (Gallagher’s, the Jazz Estate, Muskego Beach, Eagles Club), held forth at new music clubs across the urban area, and released records on labels run by area engineer/producers (during the 1960s, for example, Raynard, Cuca, and Teen Town Records).[8] Amateurs and aspiring professional groups played gigs at Catholic Youth Organization (CYO) dances in Milwaukee’s many Catholic churches and schools from the late 1950s to the early 1970s, as well as in suburban teen venues like Teens-ville in Thiensville, 400 West Silver Spring in Whitefish Bay, and The Living Room in Fox Point. Milwaukee’s tradition of celebrating live music in its precious few warm months, in evidence with the Midsummer Festival at the lakefront in the 1930s and early 1940s,[9] continued years later at Summerfest, of course, but also by impromptu events featuring local rock bands like the Be-Ins in Lake Park in 1968 and shifting Alternate Site stages at the lakefront. Acoustic folk, blues, and bluegrass found audiences in East Side venues like Kalt’s and the Avant Garde coffeehouse in the late 1950s and 1960s), church coffeehouses on West Wisconsin Avenue since the 1960s, downtown’s Blue River Café in the 1970s and 1980s, and University of Wisconsin-Milwaukee concert venues. 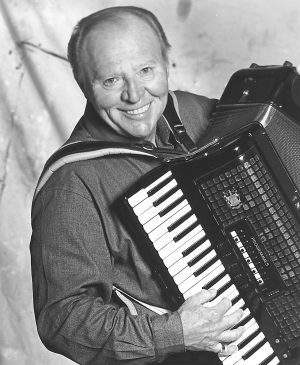