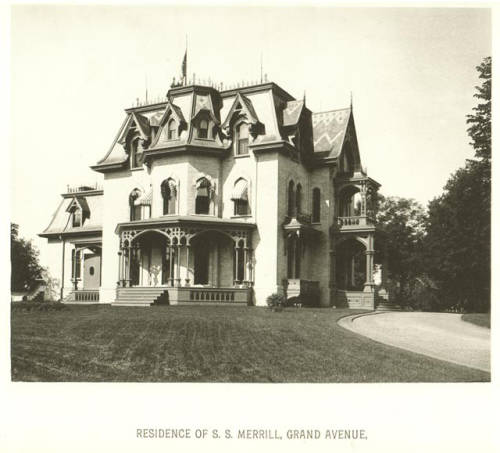 The Merrill Park neighborhood is in the City of Milwaukee between Wisconsin Avenue, Interstate 94, from 27th Street, and 39th Street.[1] It is south of the Concordia neighborhood and east of Piggsville. Together, the three neighborhoods make up the “West End,” so named because in the late nineteenth century it was at the west end of Wisconsin Avenue.[2] The neighborhood is named after Sherburn S. Merrill, the general manager of the Milwaukee and St. Paul Railroad. In 1868 Merrill purchased a large home on fifteen acres of land between 30th and 35th Streets.[3]

The railroad expanded operations after 1880, for which it required additional labor. Merrill platted his land in 1883 and began selling small lots to large numbers of Irish immigrants. The Irish migrated from the Third Ward and constructed duplexes to house their families.[4] By 1888, there were enough residents to erect St. Rose Catholic Church at 31st and Michigan Streets. Small groups of German Lutherans and English Methodists lived nearby and built their own churches, [5] but the neighborhood was overwhelming Irish Catholic until the mid-twentieth century. St. Patrick’s Day was the biggest holiday of the year, and hundreds of children attended St. Rose’s school.[6]

St. Rose offered activities for the whole neighborhood virtually every day of the week. Residents could also visit the circus grounds between 35th Street, 38th Street, Michigan Street, and St. Paul Avenue. Ringling Brothers and other circuses passed through the grounds until 1923, when the Grand Avenue Park Company sold the land to the city. The eastern half became a public park, and Marquette University built a football stadium on the western half. The stadium became property of Marquette University High School after the university ceased football operations in 1960.[9] 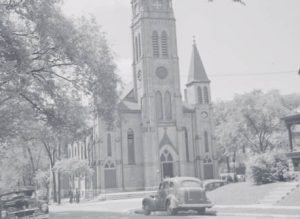