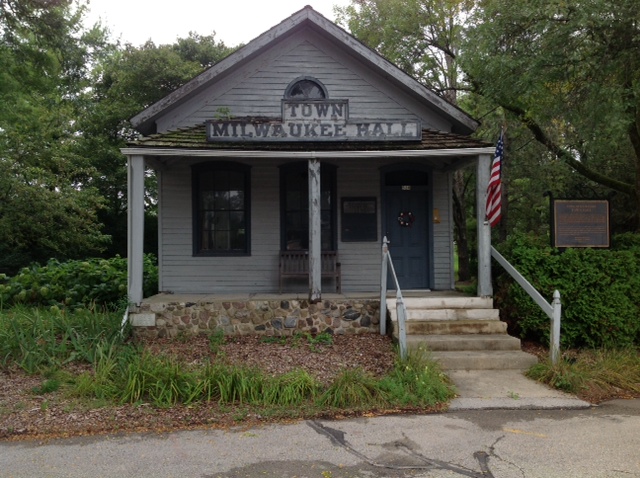 Glendale, Wisconsin, is an inner ring suburb just north of Milwaukee that was carved from the remains of the old Town of Milwaukee. When incorporated in December 1950 at the leading edge of a postwar suburban wave,[1] Glendale included 3,152 residents in a strangely shaped area that stretched east of the Milwaukee River and west to an industrial railway corridor just west of Green Bay Road. In 1950 Glendale encompassed only 2.9 square miles, yet its territory included valuable industrial property along Capitol Drive and Port Washington Road.[2] Glendale’s industrial corridor created a solid tax base, while its location between two county parks and the Milwaukee River drew in residents. The low residential tax rates, facilitated by Glendale’s industrial operations, attracted homebuyers eager to minimize their housing costs.[3] Within five years Glendale added another 2.87 square miles, thereby creating the 5.76 square mile city that exists today.[4]

The 1950s saw an acceleration of commerce and the arrival of new residents in Glendale. Bayshore Shopping Center opened its doors in April 1954 at the corner of Port Washington Road and Silver Spring Drive.[5] In 1958 Congregation Beth Israel submitted plans to build along Green Bay Road, and in 1959 Cardinal Stritch College successfully applied to rezone a residential area on the east side of Port Washington Road, just north of Bayshore Shopping Center.[6] By the late 1950s Glendale’s new industrial development included Red Star Yeast and U.S. Partition and Packing Company, while its new commercial tenants included Phil Tolkan Pontiac and Kohl’s Food Store.[7] The 1950s also brought a new interstate freeway (today known as I-43) through the community that resulted in the razing of homes and business, though many of the homes and businesses relocated within the city limits.[8] By 1960 Glendale tripled its population to 9,537.[9]

The pace of growth slowed in the 1960s, though by 1969 Glendale had new subdivisions, 35 factories, and 180 stores.[10] Most Glendale residents live in single-family homes. Multi-family housing expanded in Glendale in the 1970s with common council approval of Manchester Village Condominiums in the northwest corner of the city.[11] During the mid-1970s and 1980s, with a decline in industry and the closing of factories, Glendale planned for its future by purchasing land for redevelopment. When the Schlitz Brewing Company left Milwaukee, its grain elevator and adjacent land in Glendale became vacant. After a developer’s plan to build a strip mall in the area met with controversy, Glendale purchased the land, remediated it, put new infrastructure in place, and developed the area as a tax incremental financing (TIF) district.[12] From this point forward Glendale continued to use TIF sites to redevelop old industrial and commercial land throughout the city, culminating in the redevelopment of the aging Bayshore Mall as the mixed-use Bayshore Town Center in 2006.[13]

As of the 2010 census, 12,872 people live in Glendale, with a median household income of $61,296. Whites comprise the largest population group, representing 79.4 percent of residents, while African Americans represent the second largest at 14.1 percent.[14] While Glendale is no longer an industrial suburb, it retains a commercial character, serving as a home to Johnson Controls and many retail and health-care related businesses.[15]