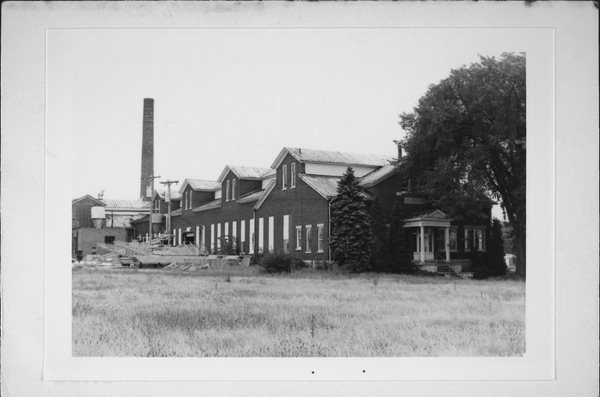 North Prairie is a village in Waukesha County, about thirty-three miles southwest of Milwaukee. It is surrounded by Eagle, Mukwonago, Genesee, and Ottawa.[1]

In the nineteenth century, North Prairie was an unincorporated village in the Town of Genesee. Three prospectors from Mukwonago—Thomas Coats, William Garton, and Thomas Sugden—settled and named the village in 1836. Within a few years, Charles Raynous set up the town’s first blacksmith shop in North Prairie, as well as the first school.[2]

North Prairie became Genesee’s major village after the Milwaukee & Mississippi Railroad built a station there in 1852. By 1907, it had around 300 residents, more than twice the population of Genesee Depot, the next largest hamlet within the Town of Genesee.[3] In 1919, North Prairie residents voted to separate from Genesee and incorporate as an official village.[4] Despite its relatively large size for the region, North Prairie saw little industrial development and remained mostly rural into the twenty-first century. Known as a rich farming area, village residents worked on dairy farms, raised livestock, and cultivated grain.[5]

North Prairie experienced some growth in 1917, after the Morey Milk Condensery opened there. By the time it closed in 1924, over 200 people worked at the plant; over 85% of village families depended on its support.[6] Despite the loss, the small farming community saw population growth in the mid-twentieth century and developed a busy village center. Over the next several decades, the number of businesses in the village decreased, farms transitioned into residential areas, and North Prairie began to transform into a commuter bedroom community.[7]

The village experienced a new influx of residents in the late twentieth and early twenty-first centuries when developers built several upscale subdivisions. The population rose from 1,322 in 1990 to 2,141 in 2010.[8] There have been mixed reactions to this growth; some residents fear that the village will lose its rural charm, and others are hopeful about its prospects for bringing more convenient business to the area.[9] The village’s land use plan indicates leaders’ intentions to preserve the historic structures and rural atmosphere while fostering a central area where residents can socialize and businesses can grow. Population growth is expected to slow despite the recorded trend, however, primarily because of the constraints of North Prairie’s boundary agreements with surrounding towns. [10]

Residents of North Prairie today, while still limited in commercial options, have many recreational opportunities available to them. North Prairie, situated in an area with woodlands and wetlands, is just east of the Kettle Moraine State Forest-Southern Unit. There are three public parks in the village. It also has one private recreational area, the Broadlands Golf Club, within the Broadlands subdivision.[11] North Prairie residents showed their commitment to the community’s youth by creating the North Prairie Athletic Association, a non-profit recreational league.[12]