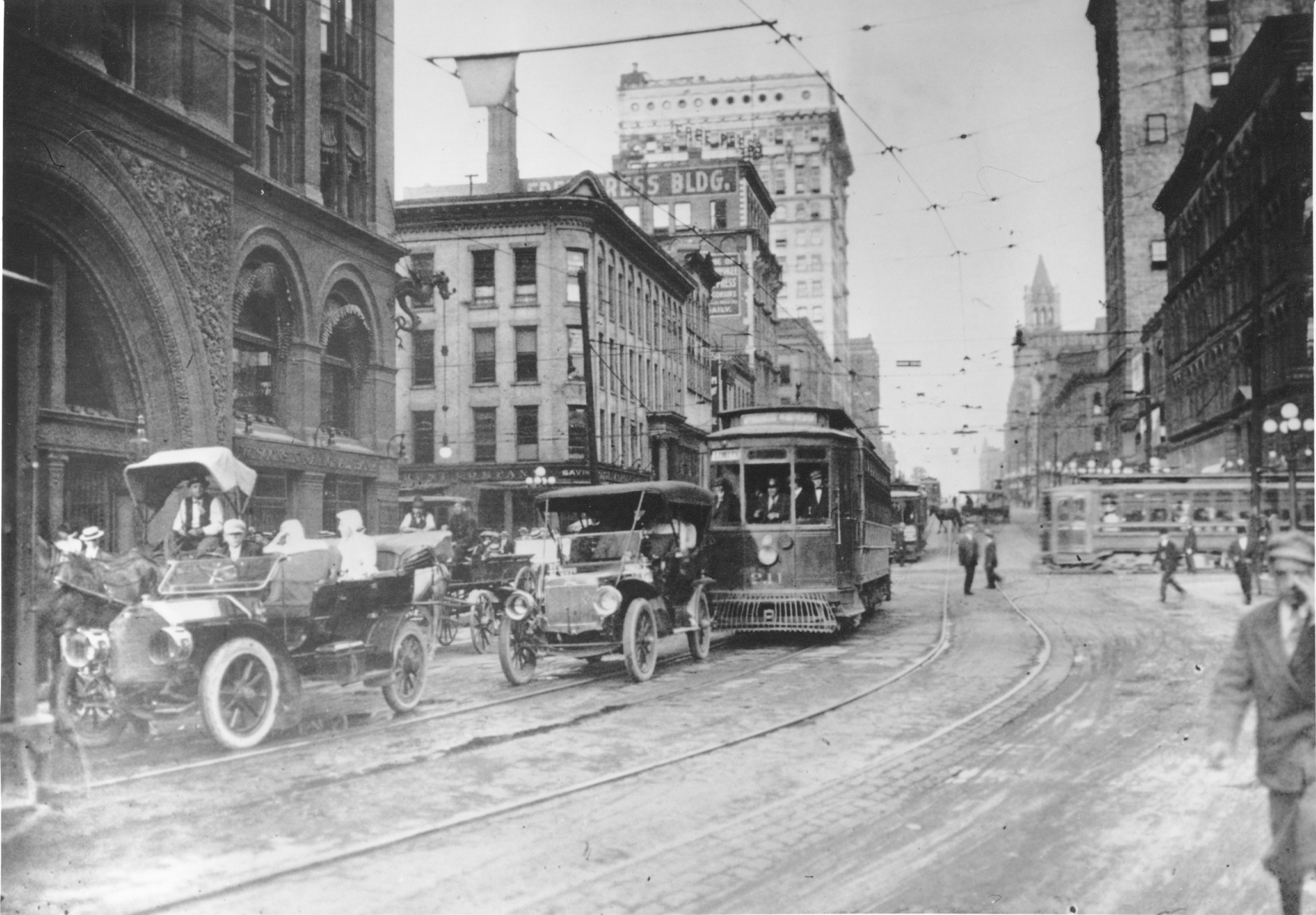 Milwaukee sits at the confluence of three rivers: the Milwaukee, Menomonee, and Kinnickinnic on Lake Michigan’s western shore, some eighty miles north of Chicago. This location has always been central to its appeal. The first sailing vessel to dock on its shores arrived in 1778, seventy years before Wisconsin became a state.[1] For centuries, native tribes had harvested wild rice and fished in the marshy shallows at the river delta and natural harbor. These shallows, however, proved an obstacle for large trading ships, forcing them to drop anchor in rough waters and transfer goods inland via smaller skiffs.

European settlers first attempted to solve this problem with a North Pier, built near the present-day Discovery World. However, this dock provided insufficient shelter, prompting the fledgling city to pursue federal investment for a deep “straight cut” channel and protected inner harbor. Failing to secure support, the city and private investors together completed this project in 1858. The resulting inner harbor is situated just beyond today’s Hoan Bridge and the former peninsula now known as Jones Island. This large commercial port offered ocean-going vessels access to industry six miles west and north along the Menomonee River Valley and to center-city commerce up the Milwaukee River. Soon thereafter, Captain James Monroe Jones built the first shipyard adjacent to the harbor, on land that came to bear his name. Attempting to capitalize on Milwaukee’s advantageous location, city co-founder Byron Kilbourn commenced a canal system that would have connected Lake Michigan trade with remote inland cities and ultimately the Mississippi River. This venture lost appeal, however, with the success of land-based rail transportation, arriving in the mid-nineteenth century.[2]

Once on land, European American settlers, constrained by the region’s geography, initially traveled by horse-power on the dirt paths of native peoples. Similar to the harbor, most pre-twentieth century road improvements were privately initiated. Such projects required capital beyond the budgets of state governments like Wisconsin with part-time legislatures and very little revenue. Yet state laws severely limited municipal coordination of such projects. Therefore, private entrepreneurs established toll-ways called plank roads—evenly-spaced wooden boards offering comparatively smooth surfaces for horse carts to avoid the uneven and muddy conditions of intercity travel.[3]

The region’s first railroads, built between 1840 and 1860, were the LaCrosse and Milwaukee, the Chicago & North Western, and the Chicago, Milwaukee & St. Paul (CM&SP, later known as the Milwaukee Road). Catalyzed by Civil War necessity, water-to-rail-freight transport came to dominate the region. States, rather than city common councils, usually regulated these early ventures, undertakings that thrived at least in part due to generous federal and state land grants. By 1863, this highly efficient rail-water shipping trade had transformed Milwaukee into the wheat capital of the world. By 1865, Alexander Mitchell, owner of the CM&SP, had acquired almost half of the railway miles in the state. The profit considerations of private investors like Mitchell determined the course of many routes and thereby the related settlement and business patterns—some still apparent today.[4]

Even within cities, contiguous property owners initially funded street improvements on a block-by-block basis. Harsh winters followed by melting and flooding further aggravated travel in and between early communities, begging for a technological solution and public oversight. Once the state granted the city power to direct such projects in 1873, the number of bridges and miles of paved streets increased substantially; between 1874 and 1889, Milwaukee gained 15 bridges and more than 150 miles of roads.[5]

Like freight railroads, passenger transit was a for-profit affair. The first regular city transit service took the form of horse-drawn trolleys on city streets, pursuant to municipal permits called franchises. Commencing service in Milwaukee in 1860, these were replaced a mere thirty years later, in 1890, with electric streetcars, complemented by heavier interurban electric trains between cities. Many streetcars were then replaced between the 1930s and 1950s by “trackless trolleys,” utilizing electric wires positioned along traditional routes. By 1958, gasoline buses had essentially replaced electric transit vehicles—both intra- and inter-urban. Transit remained in corporate hands until 1975 when the county assumed ownership, despite city efforts to acquire it since 1896.[6]

In contrast to harbors, local streets, and rails, neither highway nor airport development followed this private model. In the early twentieth century, with the influx of automobiles and prompted by the “good roads movement,” county governments built the region’s first reliable, asphalt trans-county and intercity roads. After World War Two, the federal government directed creation of an interstate expressway system—high speed roads with limited access. Major expressways in the Milwaukee area are I-94, I-41, I-43, and US 45, as well as the 794 and 894 spurs. While these expressways fostered rapid suburban development, they transected and thereby disrupted established neighborhoods and business patterns.[7]

Today the Wisconsin Department of Transportation oversees most transportation functions, primarily funded through tax dollars and license fees. Diesel buses mainly provide passenger transit, although Milwaukee broke ground on a new streetcar system in 2017.[10] The transportation history of metropolitan Milwaukee is representative of patterns throughout the United States in three important ways: many routes follow the paths of early settlers, shaped by geographical and technological limits; these routes in turn dictate present-day residential and business locations; and state and federal—not local—planners decide the types and placement of new transportation systems. 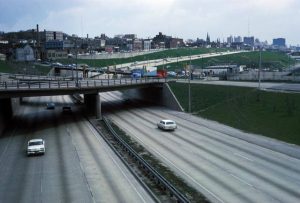 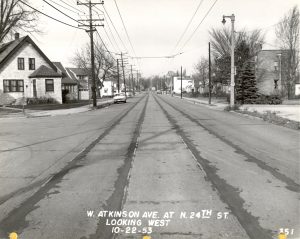