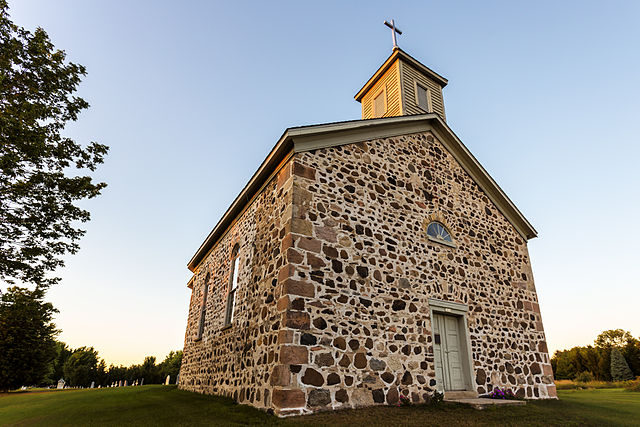 Between 1880 until 1950, the population of the Town of Farmington remained stable, with between 1,200 and 1,800 residents total.[3] None of the small settlements grew enough to warrant incorporation. The late twentieth and early twenty-first centuries saw sizable growth for the Town, however, and of the thirteen townships in Washington County, the Town of Farmington experienced nearly the most substantial development. The Town expanded from 2,523 in 1990 to 3,239 in 2000, an increase of nearly thirty percent. Within Washington County, only the Town of Erin had more significant population growth in the same period of time.[4] From its early days, farming, particularly dairy farming, played a central role in the Town’s economy.[5] About 60% of the land in Farmington remains in agricultural use in the twenty-first century.[6]

The Town of Farmington is home to several entries on the National Register of Historic Places. Of the twenty-six entries on the Register in Washington County, four are located within the Town of Farmington. Entries include: Saxonia House; St. John of God Roman Catholic Church, Convent, and School; St. Peter’s Church; and Lizard Mound County Park.[7]

Also listed on the State of Wisconsin’s Register of Historic Places, Lizard Mound Park makes up thirty-one acres of Town land and is part of the Washington County “Island” Effigy Mound District.[8] The effigy mounds in Lizard Mound County Park were constructed between 650 and 1300 CE[9] and served as burial sites. In the 1960s, archaeologists excavated numerous artifacts, including pots, tools, and beads. Thirty-one mounds are preserved in the present day, though there were originally as many as sixty in the group. The mounds are a variety of earthworks shapes, representing both animal and geometric forms, and are constructed of mounded earth about three-and-a-half feet high.[10]

The Town of Farmington is home to a multitude of waterways, including the North Branch of the Milwaukee River, Wallace Creek, and Stony Creek. The land is also dotted with numerous lakes and ponds, including Lake Twelve and Green Lake, the largest of these within the Town limits. Wetlands surround many of these bodies of water.[11] 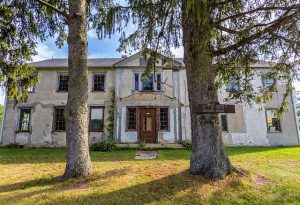