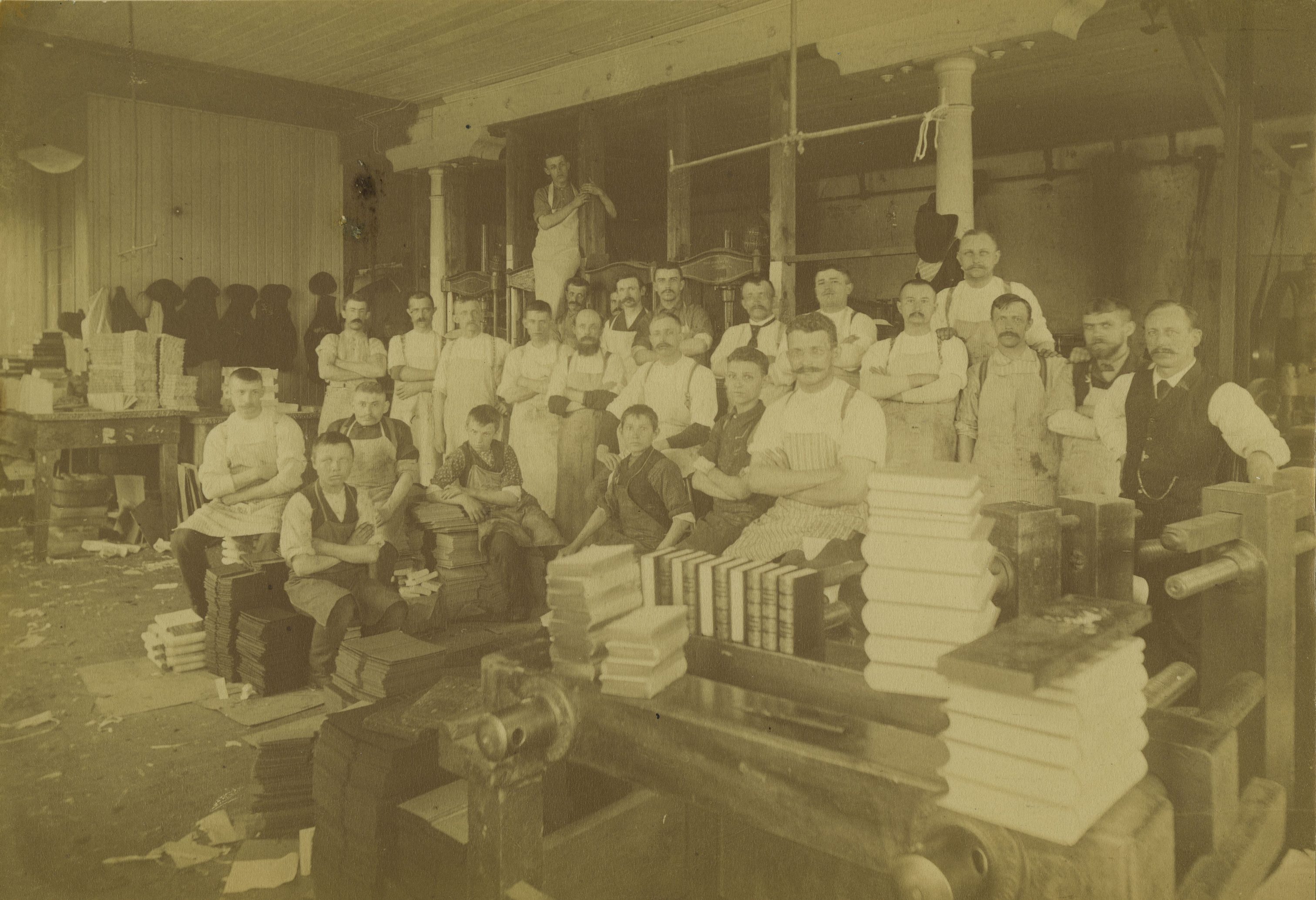 Milwaukee’s publishing industry dates from the founding of the city and has achieved its greatest success in the magazine business. A century after the city’s founding, it ranked within the top ten of all American cities when it came to publishing. Dominated by ethnic newspapers and religious periodicals in its early years, Milwaukee became home, in the twentieth century, to a flourishing magazine business. While continuing as a major site for the publication of church materials, the Milwaukee area also produced magazines for readers of specialized subjects as well as magazines reaching a larger national audience. In the 21st century, the industry is transitioning from print to digital publishing as well.

In 1836, Daniel Richards, a native of Burlington, N.Y., settled in Milwaukee and published the first issue of the Milwaukee Advertiser. Soon thereafter, Increase Allen Lapham, an engineer, went to Richards to inquire about publishing a 23-page pamphlet titled “A Catalogue of Plants and Shells Found in the Vicinity of Milwaukee on the West Side of Lake Michigan.” Lapham’s work became the first pamphlet ever printed in Milwaukee, or for that matter, Wisconsin.

Likewise, Lapham’s 1844 book, A Geographical and Topographical Description of Wisconsin,[1] which the Courier printed after the Advertiser closed its doors, was the first book published in Wisconsin. Nonetheless, newspapers represented the bulk of the early publishing in Milwaukee. Thus, by 1850, only one large-scale printing shop existed in Milwaukee. During these early years, much of the work published was in the form of directories—such as the Directory of the City of Milwaukee for the Years 1847-’48, published by Wilson and King—and reports—including the Second Annual Report of the Board of School Commissioners of the City of Milwaukee, which the Wisconsin Book and Job Printing Office published in 1848. By the 1870s and 1880s, however, as the paper industry in the Fox River Valley grew, publishers flocked to the city.[2]

The majority of these early publishers printed foreign language newspapers, religious texts, and trade journals. George Brumder was one of the most successful publishers in the late nineteenth century. Operating under the name North American Press Brumder purchased a book store and added a printing press to the business in late 1864. The press, located at West Water and Cedar Streets (Plankinton and Kilbourn), printed books for the Lutheran church, including bibles and songbooks, all in German. Brumder went on to publish a variety of English-language books as well.[3]

When a printing venture carried out by a group of Protestants failed to turn a profit, Brumder purchased a portion of the enterprise and, with two others, formed the Germania Publishing Company. The new printing company took over publication of Germania and Der Hausfreund. Finding financial success in his publishing ventures, in 1896 Brumder built the Germania (Brumder) Building on Wells Street, nestled between West Water and Second Streets. When he died in 1910, Brumder owned and published four German-language papers in Milwaukee, as well as seven others across the country. As for book publishing, Brumder is believed to have been the most prolific publisher of German-language books in all of the Northwest between 1864 and 1884.[4]

As Brumder built his publishing empire in Milwaukee, several other publishing houses catered to people of other religious faiths. In 1884, Linden H. Morehouse opened the Young Churchman Company, later known as Morehouse Publishing, to publish books and other periodicals for the Episcopal church. The periodical The Living Church served as the primary publication for Episcopalians. It has been published in Milwaukee since 1900. When the Dziennik Milwaucki (Milwaukee Daily), a Polish-language daily newspaper, failed financially in 1903, a group of Catholics met in late 1906 and started a weekly paper known as the Nowiny (News), which they published at the Nowiny Publishing Company.[5]

Besides serving as the publishing center for religious and ethnic materials, Milwaukee published trade journals for residents of Wisconsin and across the nation. Due to the leading role played by Wisconsin in the dairy business, the Olsen Publishing Company opened its doors in early 1910 in Milwaukee, quickly becoming the leading publisher of journals read by dairy farmers. Its list of publications included The Butter, Cheese, and Egg Journal, The Ice Cream Review, and The Milk Dealer, all of which were national journals. The Bruce Publishing Company, begun in 1891 by William George Bruce, published various special interest periodicals. The first publication, for instance, The American School Board Journal, catered to school administrators. Later, the company produced textbooks for students in vocational schools.[6]

By 1940, the publishing industry in Milwaukee provided jobs to 7,500 people and brought in $50,000,000 in business, was regarded as the fourth largest industry in Milwaukee, and ranked the city as the eighth largest in the printing industry.[7] Much of this success stemmed from the flourishing magazine publishing business. Kalmbach Publishing began as the Milwaukee Commercial Press in 1932 when Albert C. Kalmbach opened the printing shop in Wauwatosa. Although originally a publisher of materials for churches, Kalmbach started Model Railroader in 1934, which was followed by Trains and Better Camping.[8] By the late 1980s, the publishing company produced magazines devoted to astronomy, play dolls, and trains that sold a combined 800,000 copies a year.[9] As Kalmbach catered to model train aficionados and nature lovers, Roy Reiman, born to a farming family in Iowa, published the first issue of Farm Wife News in his Hales Corners basement in 1969. Reiman Publications eventually moved to Greendale and, by the mid-1990s, published ten magazines with subscription rates that totaled $12.5 million. Roy Reiman sold his majority stake in the company in 1998 and Reader’s Digest bought Reiman Publications in 2002. In addition to Farm Wife News, Reiman published Farm & Ranch Living and Taste of Home, which itself had 4.5 million subscribers by the early 2000s.[10]

Innovation in the local industry continues. In 1971, Harry Quadracci purchased a plant in Pewaukee for a new printing company, Quad/Graphics, after leaving the Milwaukee-based printer W.A. Krueger Company. Initially unable to secure any business, the single press operation run by ten workers printed 200,000 copies per month of Fishing Facts, and by 1986 published Newsweek, Playboy, National Geographic Traveler, U.S. News & World Report, Time, and Popular Mechanics.[11] Symbolic of the challenges in the publishing industry from digital media, Quad/Graphics introduced its software application, known as “actable.” The app simulates the experience of reading a magazine on a tablet device.[12] 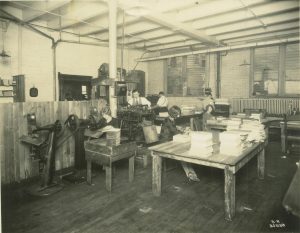