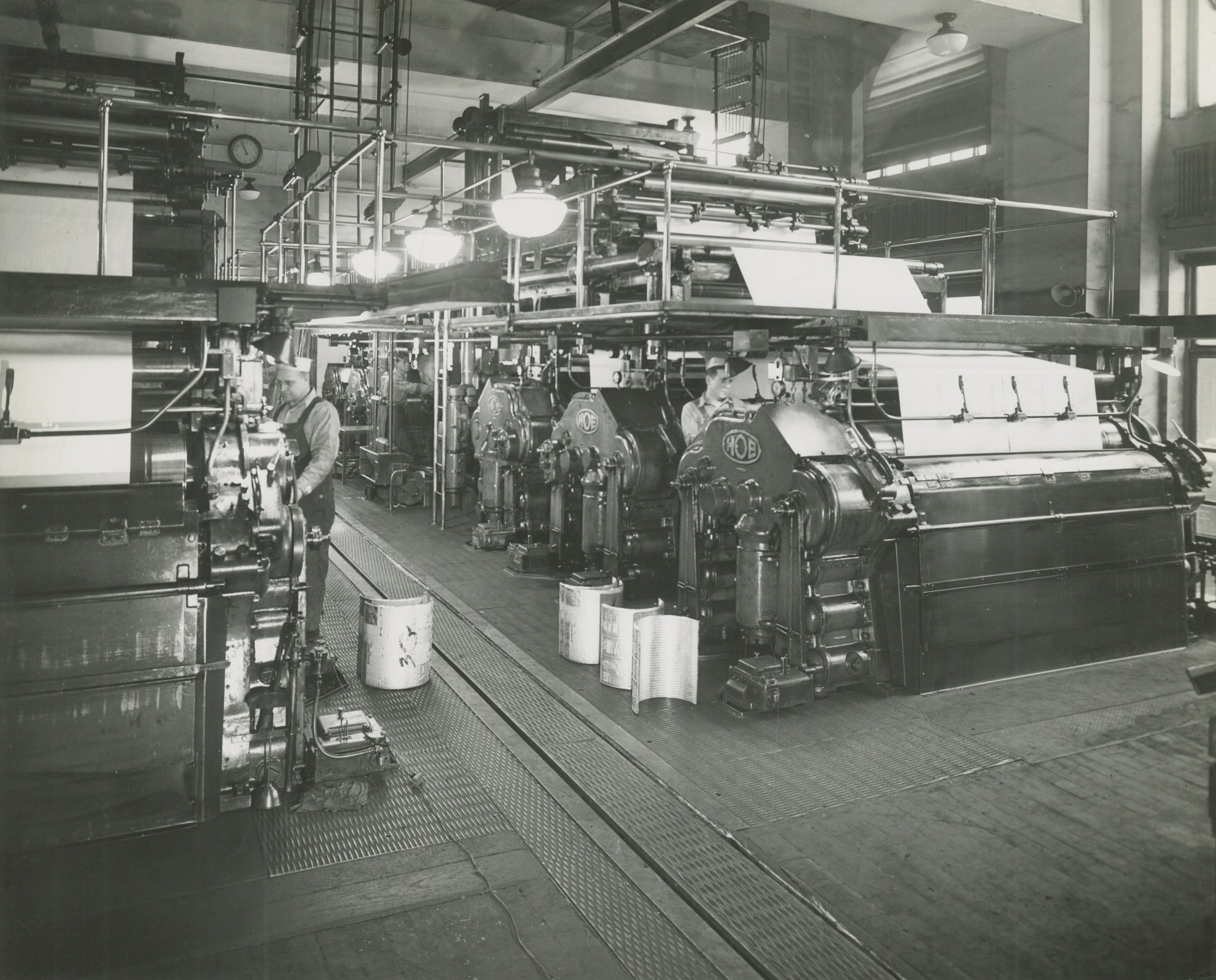 Tied largely to newspaper and magazine publishing, Milwaukee’s printing industry formed in the decade prior to the city’s charter and matured into one of the city’s largest industries, becoming a national industry center through the nineteenth and twentieth centuries.

In 1836, Daniel Richards established Milwaukee’s first printing operation near the current corner of Old World Third and State Streets, where he published the pioneer Milwaukee Advertiser newspaper and Increase Lapham’s scientific pamphlets.[1] The emergence of numerous newspapers in the burgeoning frontier community comprised most of the industry’s early development in Milwaukee. Much like Richards’ Advertiser, many of these newspaper operations also printed books, pamphlets, broadsides, and other commercial products.[2]

While newspapers like the Weekly Wisconsin developed separate commercial printing divisions, several independent commercial printing shops also emerged in the 1850s through 1870s.[3] These printers often employed only a small number of workers, and produced a variety of items, including stationary, cards, books, and advertisements for local businesses, railroads, and individual clients. The emergence of book publishing houses further contributed to the industry’s growth in the mid-to-late nineteenth century. For instance, one of the city’s most prominent publishers, George Brumder, operated a print shop that also performed commercial jobs.[4]

Several factors contributed to the growth of Milwaukee’s printing industry. First, the development of the paper industry in the nearby Fox River Valley offered easy and affordable access to paper stock. Second, Milwaukee’s burgeoning industrial economy and ethnic communities provided a growing market for advertisements, newspapers, and other printed materials. Third, cheaper shipping and production costs drew in a number of national clients.[8] By 1940, Milwaukee had become the eighth largest printing center in the United States, and printing was the city’s fourth largest industry.[9]

Through the mid-to-late twentieth century, several printing firms moved to larger facilities in suburban sites across the Milwaukee metropolitan area. Founded in 1934, the W.A. Krueger Company, for instance, relocated as it grew from its original downtown site to a larger facility on 38th Street and Wisconsin Avenue in 1943, and again to new plants in Brookfield and New Berlin in the 1960s.[10] Founded in Pewaukee in 1971, Quad/Graphics developed into an industry giant, printing major national magazines, catalogues, and advertisements in its Pewaukee, Sussex, New Berlin, West Allis, Hartford, and Lomira plants, as well as at other facilities throughout the United States and the world.[11] 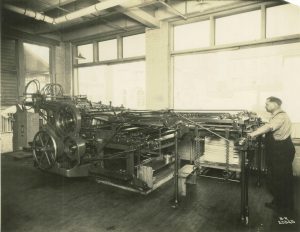