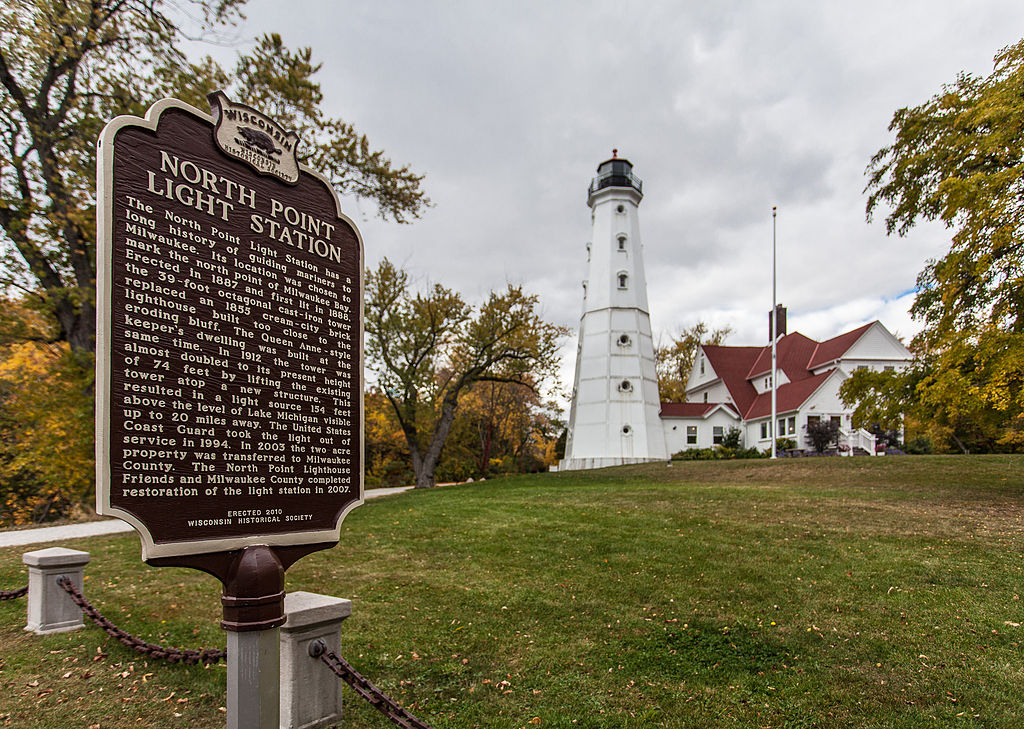 Milwaukee’s North Point neighborhood covers the area from E. Lafayette Place to the south, Lake Michigan to the east, E. Park Place to the north, and N. Summit and N. Downer Avenues to the west. The area takes its name from a part of the Lake Michigan coastline jutting into the water at about E. Park Place, forming the northern tip of the Milwaukee harbor.

North Point is mostly residential. It contains a sizable concentration of large homes and mansions, many built over 100 years ago that remain well preserved today.

North Point’s first substantive building came in 1846, with construction of a hospital for the poor. This began a trend of placing institutions in the North Point area that were not deemed well suited for more populated parts of the city. Other early institutions included an infectious diseases’ hospital, homes for the elderly, and an orphanage.[1]

At about the same time, the North Point was being platted for future residential development. Its views of Lake Michigan from the bluff attracted many of Milwaukee’s business leaders. Corporate executives and second-generation members of industrial dynasties built stately homes in North Point. Residents of North Point’s early mansions included the Pabst (brewing), Trostel (tanning), Smith (A.O. Smith Corp.), Harnischfeger (Harnischfeger and Co.), Manville (Johns Manville), and Chapman and Schuster (department stores) families.[2] Residential development began in the 1890s, with the North Point South area (south of North Avenue) generally built up by the 1920s, and North Point North by 1949, totaling around 300 homes. These imposing residences featured work by skilled craftsmen and were often architect-designed. Styles reflected the periods of construction, with many eclectic Tudor Revival and Neo-Classic homes.

The adjacent neighborhoods to the north, from E. Park Place to E. Edgewood Ave., share many of the same characteristics as North Point. That area features another seven hundred homes of similar quality and styles, built from the 1890s to 1950. The 1,000 homes in North Point and to the north are represented by a community group founded in 1973, the Historic Water Tower Neighborhood. The group was instrumental in winning local historic preservation protections and overcoming threats from institutions seeking to demolish homes for expansions.

In addition to its residences, the North Point area hosts several Milwaukee landmarks and amenities. These include the 175-foot gothic-style Water Tower; the 1855 North Point Lighthouse; Ascension Columbia St. Mary’s Hospital Milwaukee, founded in the neighborhood in 1848; Lake Michigan’s Bradford Beach; and Lincoln Memorial Drive, a scenic roadway along the lakeshore.

Also defining the neighborhood is Lake Park, an historic 138-acre park that offers lake views from its bluff. Park development began in 1892 with the hiring of the nationally famous landscape architect Frederick Law Olmsted and his firm. The park today closely resembles Olmsted’s original plans. It includes a number of quaint footbridges traversing ravines, a waterfall, a small golf course, and a French restaurant in a 1903 pavilion overlooking the lake. 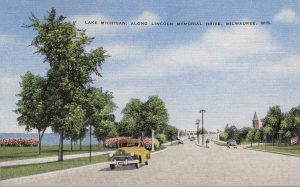 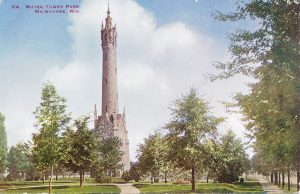 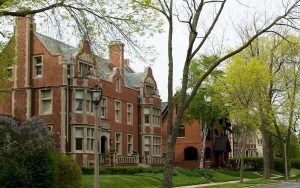 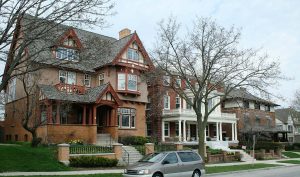