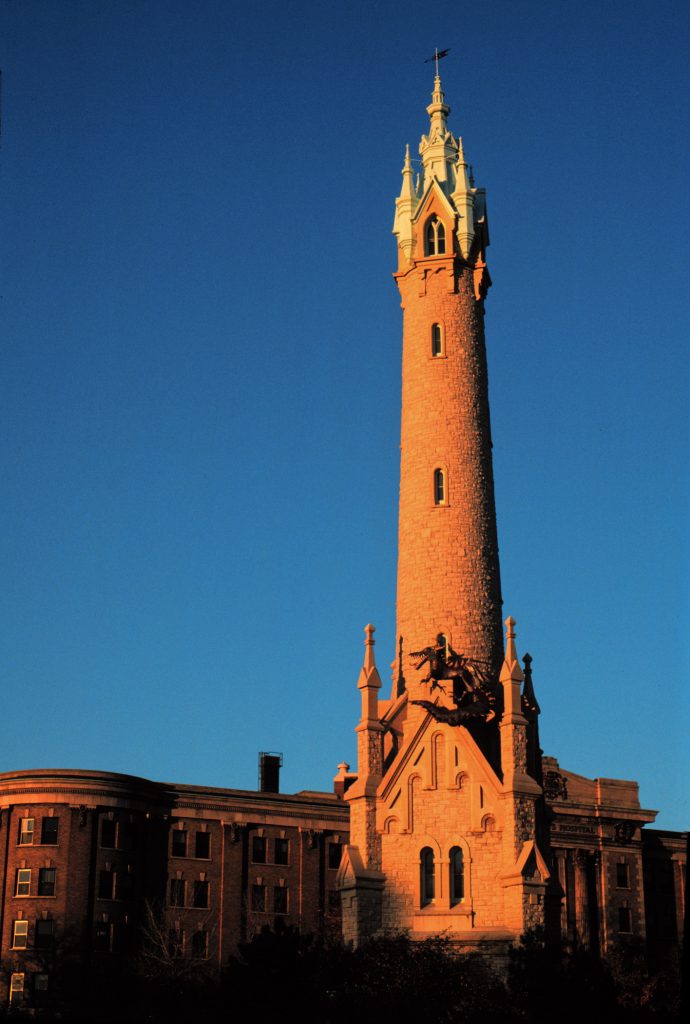 Opened in 1874, the North Point Water Tower encased a wrought iron standpipe to prevent ice from forming in the pipe.[1] The standpipe relieved surges in water pressure from the North Point Pumping Station, which provided 16 million gallons of water daily to satisfy Milwaukee’s need for clean water.[2] Charles A. Gombert designed the Victorian Gothic tower, which stands 175 feet tall.[3] The standpipe pressure system closed in 1963 when a modern facility was built.[4] The tower was named a Milwaukee landmark in 1968, a national landmark of the American Water Works Association in 1969, and listed on the National Register of Historic Places in 1973.[5] 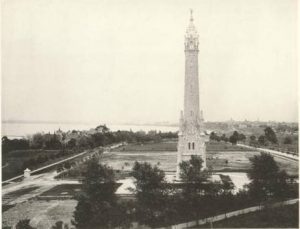