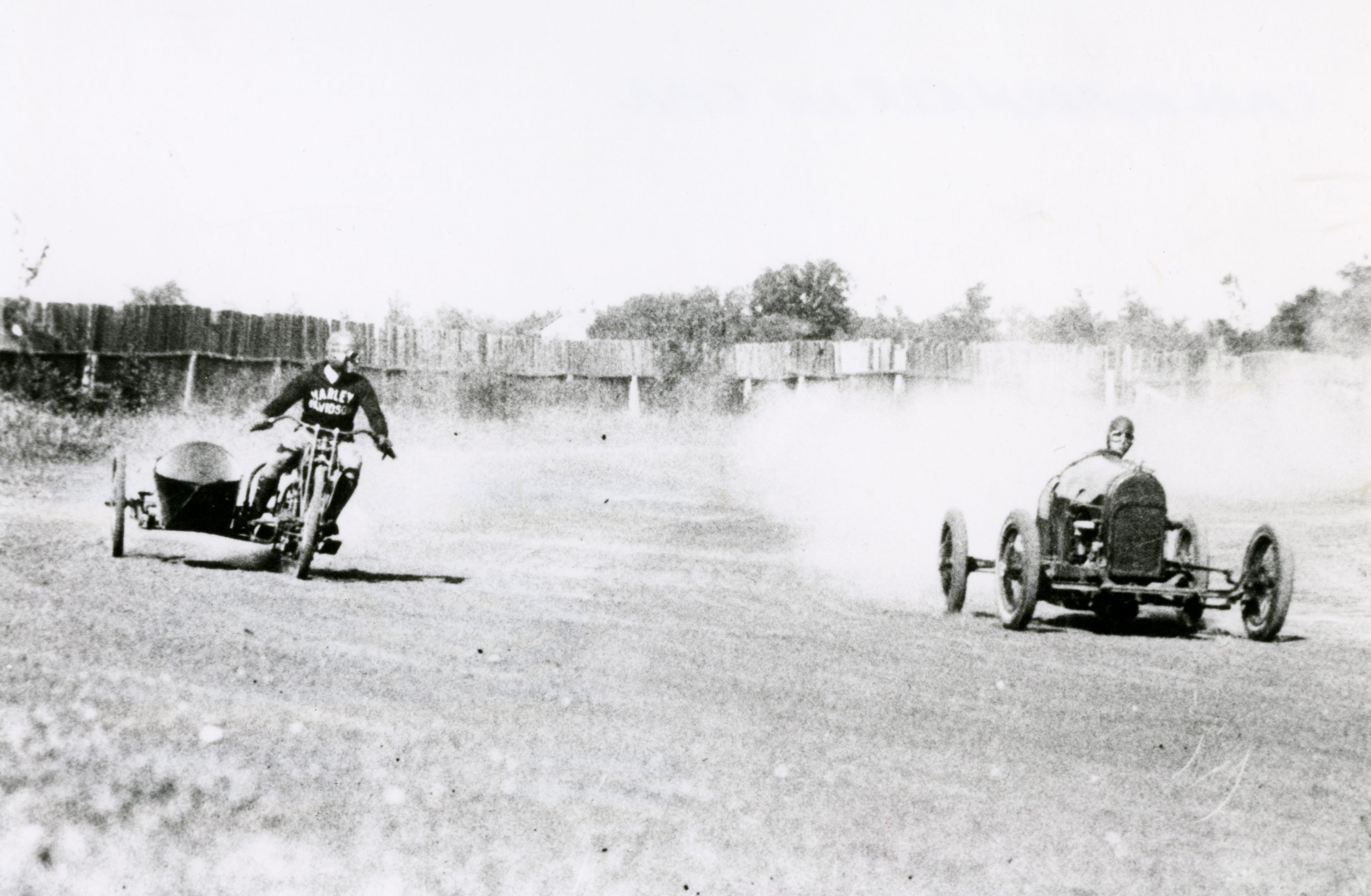 Motorcycling and Milwaukee have long and intertwined histories. In 1903, the Harley-Davidson factory was founded by William S. Harley and Arthur Davidson. Throughout the early twentieth century, the Harley-Davidson brand expanded its customer base and factory and employee size and began selling motorcycles outside the United States.[1]

The popularity of motorcycling grew with the formation of motorcycle racing leagues and tracks that were built in and around Milwaukee and throughout the United States. Walter Davidson, the brother of Arthur Davidson, was a prominent motorcycle racer, which helped expand Harley-Davidson’s popularity.[2] Motorcycle racing was an extremely dangerous sport due to high speed of early motorcycles (up to one hundred and twenty miles per hour), the construction of the tracks, and because racing motorcycles did not have brakes. Indeed, racing motorcycles originally had to be towed at the start of races.[3]

As the popularity of motorcycles rose, motorcycle clubs began to form in the 1930s. They became much more popular after the Second World War and the Vietnam War, as veterans returned home.[5] Clubs not sanctioned by the American Motorcyclist Association are considered outlaw clubs. Currently in Milwaukee there are two major outlaw motorcycle clubs that are not sanctioned by the American Motorcyclist Association and considered to be a gang by the Justice Department—the Outlaws MC and the Hell’s Lovers MC.[6] Both of these motorcycle clubs were founded in Chicago but spread to Milwaukee by the late twentieth century. Both of these groups have committed violent crimes in and around Milwaukee, as noted by Michael Grogan in You Gotta Be Dirty: The Outlaws Motorcycle Club in & around Wisconsin.[7]

Milwaukee also has a large leisure motorcycling culture, with many people coming from across the country to visit and ride near Lake Michigan. Harley-Davidson of Milwaukee also hosts an annual motorcycle rally called the H.O.G. National Rally—occasionally held in Milwaukee—that attracts thousands of people during Labor Day weekend every year.[8]

Grogan, Michael. You Gotta Be Dirty: The Outlaws Motorcycle Club in and around Wisconsin. Wales, WI: Badger Wordsmith, 2016. 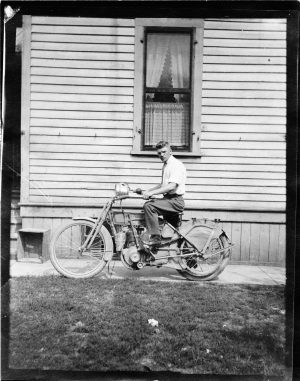 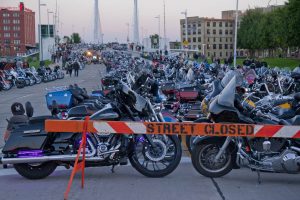