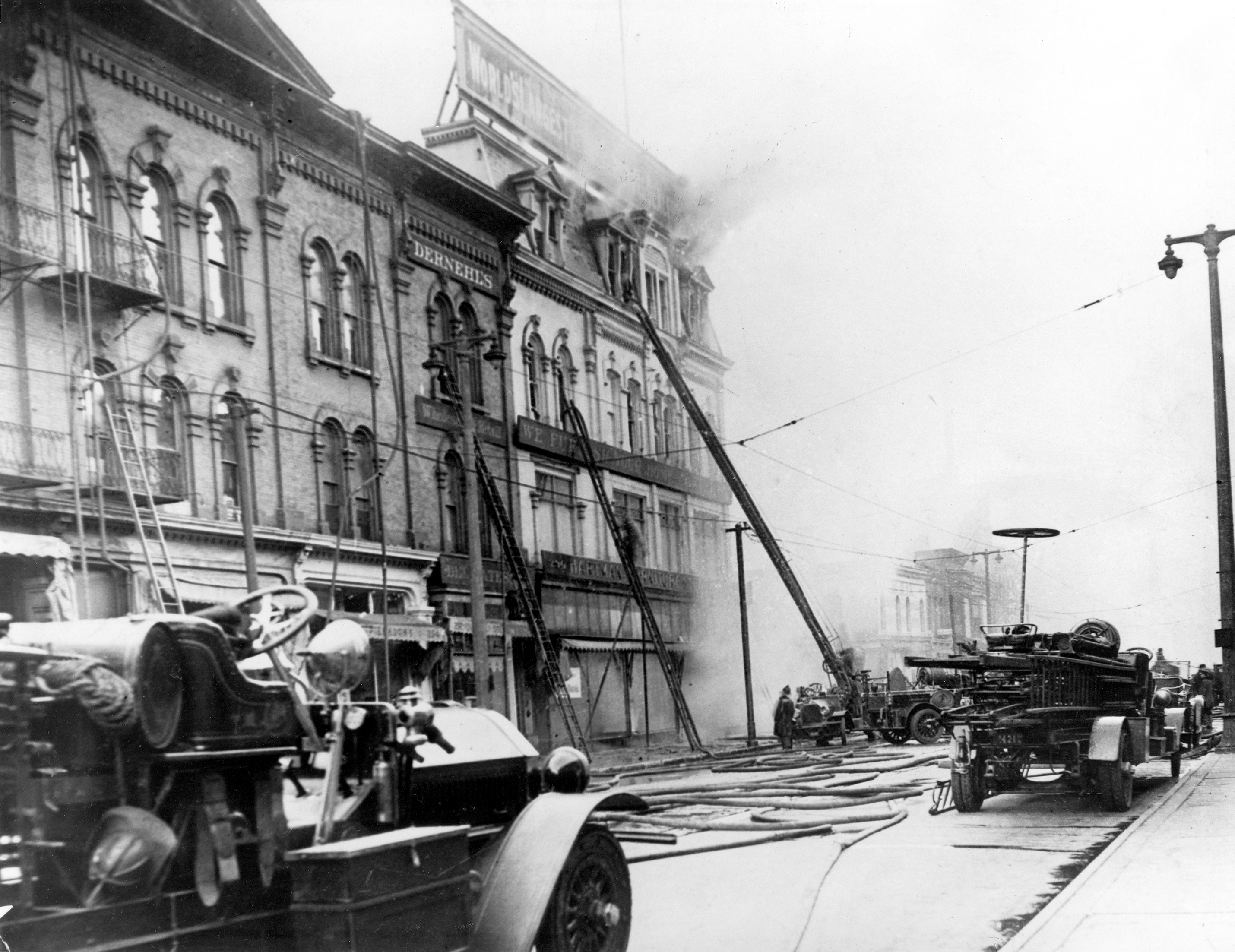 For most of the city’s history, the citizens of Milwaukee have relied upon the professionalism of municipal firefighters. And these thousands of dedicated members of the Milwaukee Fire Department (MFD) have had their traditions, literally, forged in fire.

Like most major cities in America, the MFD evolved from a volunteer force organized by concerned citizens. Membership rolls of the volunteer department, formed in 1837, comprised names that resonate with Milwaukee’s history: Juneau, Dousman, Auer, Ludington, Edgerton and Mitchell, to name a few.[1] Many were the movers and shakers that helped lay the foundation of the “Cream City,” later called “A Great Place by a Great Lake.”

In 1875, Milwaukee’s firefighting force officially joined the national trend of converting to a full-time, paid organization.[2] Throughout nearly a century and a half, the department has struggled to keep pace through decades that experienced budget restraints, ethnic discord, wartime concessions, political upheaval, labor-management disputes, and diversity issues. Yet, through it all, Milwaukee Fire Department leadership as well as the rank and file persevered, in spite of a heavy price: over 106 firefighters have been killed in the line of duty, plus countless others whose lives were affected by the hazards and injuries associated with this profession.

Throughout the department’s history, its members have left their mark in countless ways, reflecting the background, work ethic, and talent of those who wear a uniform that bears the Maltese cross. The past is marked by signposts that point to landmark events. They include the Newhall House blaze in 1883, Milwaukee’s largest loss of life from a fire, with more than 70 killed; the city’s largest conflagration, in 1892 in the Third Ward, then an Irish stronghold; and the Middleton Manufacturing Company fire in downtown Milwaukee that claimed the lives of workers and firefighters alike.[3] These and numerous other disastrous events were a call to action that resulted in stricter building codes and improved emergency services.

What is called “The Romance of Firefighting” had its beginnings in the horse-drawn era in which strong, smart horses—the pride of firemen—pulled intricate steam engines from whose gleaming stacks billowed smoke as horses’ hooves clopped noisily on cobblestone streets.

Horses gave way to full motorization during the 1920s, with fire department personnel continuing to earn a reputation for innovation as they built their equipment. Firefighting, then, was a way of life: in a firehouse that was home away from home and in working conditions that required much but paid little. Losses from fire were heavy in Milwaukee industry, with extra-alarm infernos commonplace. Fireboats became essential, with Milwaukee at one time boasting one of the largest fresh-water fireboats fleets.

The department kept pace with the city’s growth, despite budget constraints that surfaced during World War II. Budget woes from then on loomed like a pall of smoke on a still summer day. On the plus side, working conditions improved in the postwar period; equipment was modernized, and a fire prevention program was in full swing.

As the responsibility for Emergency Medical Services (EMS) shifted more and more to the fire department, the training of Emergency Medical Technicians (EMTs), along with a paramedic program during the mid-1970s, provided Milwaukee citizens and surrounding communities with services nearly unequaled nationwide. Five original paramedic units grew to a dozen units, with overlapping coverage today shared with suburban communities. Beginning in the 1980s, firefighters underwent mandatory training as EMTs to address an EMS response that today comprises more than 80 percent of alarms.

As in most major cities, the Milwaukee Fire Department struggled with inclusion. But eventually, the 1,000-member strong fire department has come to reflect Milwaukee’s diverse population. A key controversy arose over the hiring of females. After much debate and legal tussling, the hard shell of the male-dominated profession was cracked in 1983 when Debra Pross officially became Milwaukee’s first female firefighter.

New technology, especially in the modern workplace, could breed new hazards, signaling, for instance, the urgent need for a Hazardous Materials (HazMat) unit in 1980. Oldest among the department’s special teams is the Dive Rescue Team that was established in 1962 for responses along Milwaukee’s vast lakefront and inland waterways.[4] After a hiatus following inactivation of the MFD Arson Investigation Unit during the 1980s, a Fire Investigation Unit now tackles the never-ending arson problem. Despite ongoing and controversial inactivation of frontline companies, which requires personnel to do more with less while increasing the risk to them and the public, two rescue units were added, along with the fireboat Trident.

Special teams operate under the Special Operations Division that shares the division hierarchy with an Operations Bureau and three training divisions devoted to EMS, recruit training, and public relations. Completing the supervisory tier is a Support Bureau, and the Construction and Maintenance Division.

Although the exact numbers constantly change, at the time of this writing, Milwaukee had thirty-six firehouses in which were stationed thirty-one engine companies, fifteen ladder companies, and five battalion chiefs, along with EMS and special units. Staffing them were approximately 225 personnel on duty for a 24-hour shift beginning at 8 a.m.; three shifts allow a 48-hour off-period. Initially, the Milwaukee Fire Department was divided into nine battalions, each with about four or five firehouses geographically located for adequate coverage of the city and the quickest response times.

Throughout its history, the Milwaukee Fire Department has proven that its equipment outlasts that of any other organization. It was not uncommon for some apparatus to have performed frontline service for more than three decades. Department shop personnel not only have paid dividends in building equipment from the ground up since the horse era, they have continually provided unwavering support of units in the field. 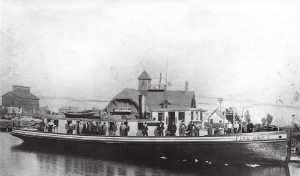 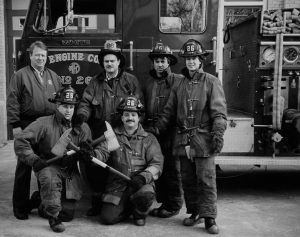