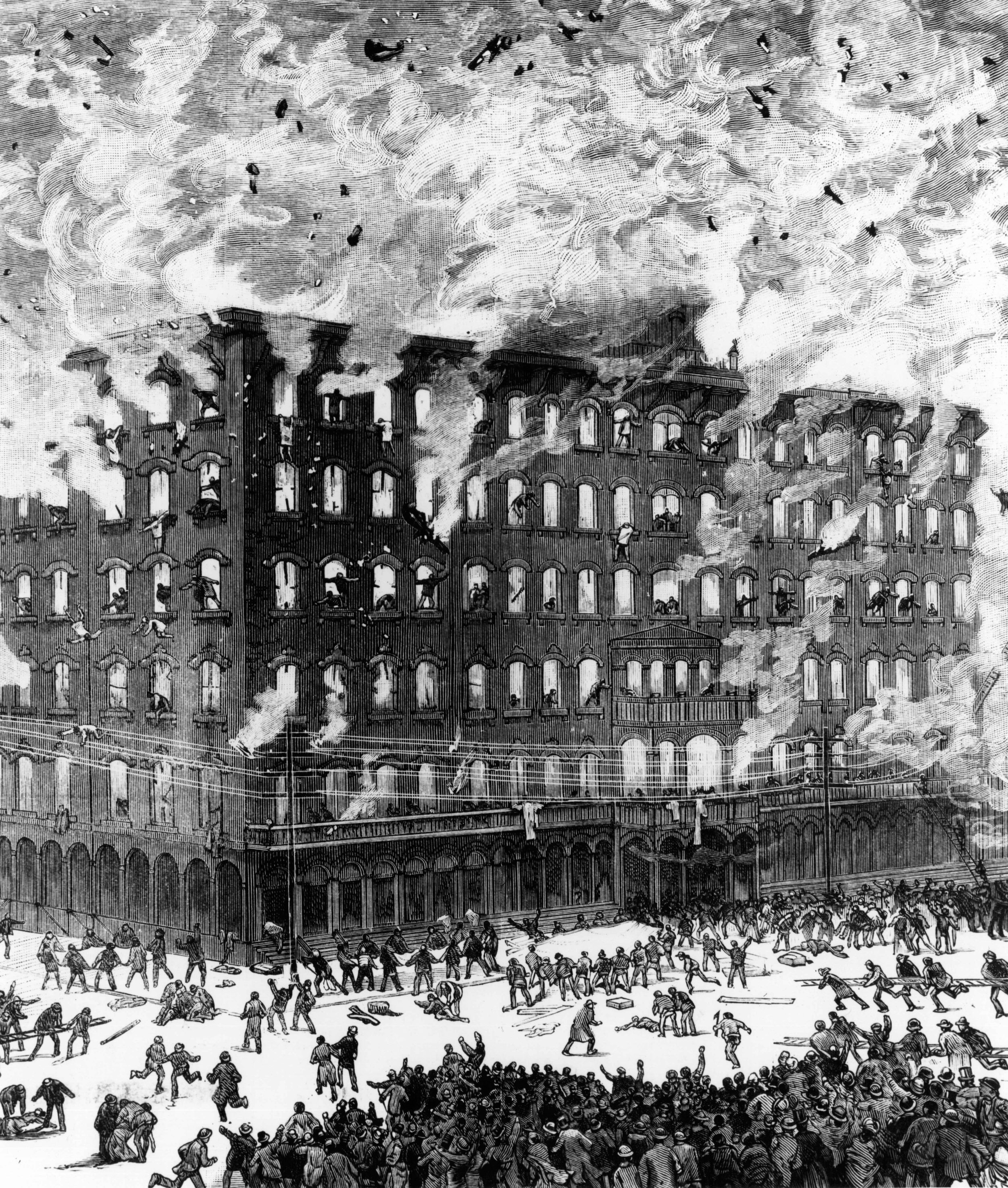 The deadliest fire in Milwaukee history[1] occurred at the Newhall House hotel on January 10, 1883 on the corner of Michigan Street and Broadway.[2] Firemen who battled previous fires at the hotel, one of Wisconsin’s largest, dubbed it a “tinder-box.” The inferno originated in the opulent structure’s wooden elevator shaft and took over twenty-six hours to extinguish.[3] Seventy-two people died,[4] many jumping from their rooms. After raising and extending a ladder across an adjacent building, firefighter Herman Strauss heroically rescued ten female servants.[5] A song composed by J. W. Kelley, “The Milwaukee Fire, or the Burning of the Newhall House,” memorialized the blaze,[6] and monuments at Forest Home and Calvary Cemeteries commemorate the victims.[7]

When disasters occur, counting the number of victims is a difficult task. First responders focus on rescuing the living; news media rush to disseminate information quickly. Sometimes only meticulous later research can establish precisely how many people were killed and injured. Accounts of the Newhall House Fire routinely mention 71 victims, but my review of the evidence suggests that the total was actually 72.

The Newhall House fire occurred on 10 January 1883, and before the end of the month newspaperman Julius Bleyer had published an account of the fire.[1] Regarding the number of victims, he wrote, “Coroner Kuepper took official cognizance of twenty-eight identified bodies and forty-three that could not be identified, a total of seventy-one.”[2] Bleyer lists the names of the 28 identified bodies, but he neglected to list Catherine Monaghan (or Monahan) as an identified victim.[3] The addition of Monaghan brings the total of identified bodies to 29, but leaves unchanged the 43 unidentified, resulting in a total number of victims of 72.

There were a number of reports that Monaghan, who jumped from an upper floor to escape burning, was among the victims. One report was that undertaker “S.F. Peacock conducted the funerals of Mary Conroy and Catherine Monaghan, both to Calvary Cemetery.”[4] Mary Conroy is on Bleyer’s list of identified victims, but Monaghan is not.[5] Other sources tell us that Kate Monaghan worked in the laundry at the Newhall House and that she was born about 1840 in Galway, Ireland.[6]

There may have been one more victim. Ben Tice, the chief clerk of the Newhall House, stated that there were 177 people in the building when the fire started, 110 guests and 67 employees.[7] With seventy-two dead and 104 saved, 176 are accounted for, leaving one person whose fate is unknown.[8]