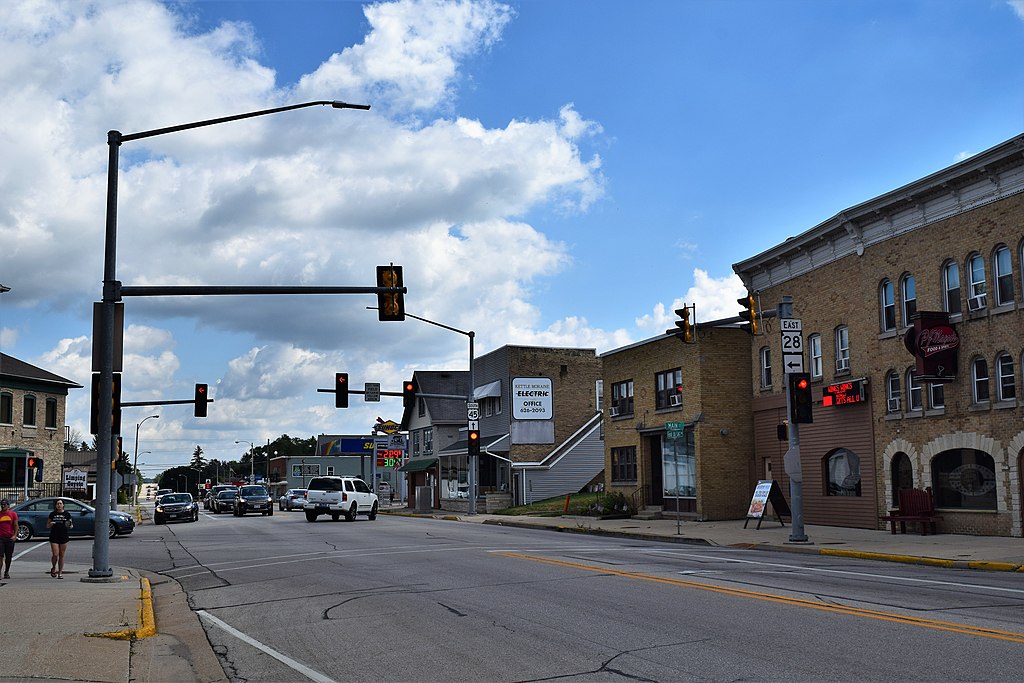 While the Village of Kewaskum exists nearly entirely within the limits of the Town of Kewaskum, the boundaries between the Village and Town frequently shifted. In 1846, the territorial legislature reallocated the Kewaskum area from north central Washington County to the neighboring Town of West Bend. Just a year later, the land was separated from West Bend and called North Bend; in 1849, the land was yet again divided.[1] The Barnes family, the first white settlers, arrived in the area that would become the Town of Kewaskum in 1844.[2] Between 1846 and 1849, settlers claimed most of the available land from the U.S. government.[3] To distinguish themselves from neighboring West Bend, residents of the newly-partitioned parcel of land renamed it “Kewaskum” in honor of a Potawatomi chief with the same name, a figure in local lore.[4]

The future Village of Kewaskum was established along a horseshoe bend in the Milwaukee River.[5] The river, and later the railroad, supported the village’s growth. Settlement began in 1852 when J.H. Myer constructed a log home, saw mill, and grist mill on the banks of the river. A blacksmith shop and general store soon filled out the village’s commercial core. A depot of the new Chicago and North Western Railway, which linked Milwaukee to Fond du Lac, supported further growth. By the 1880s, the village featured hotels; businesses that transformed raw materials into finished products; stores; and grain elevators.[6] Before its incorporation as the Village of Kewaskum in 1895, the community was known first as Myer’s (or Meyer’s) Mill and later as Kewaskum Center.[7] The first post office was established in 1847 and its first school in 1851.[8]

Managing the community’s residential growth has been a primary concern for decades. The Village of Kewaskum’s population slightly more than doubled between 1950 and 1990, growing from 1,183 to 2,514 residents. This growth resulted in a cycle of the Village annexing from the Town, which made more land available for development. The annexations provided both land for residential use and space for municipal services.[11] The 2010 census listed the population of the Town of Kewaskum as 1,053 residents and the Village as 4,004.[12] A 40-acre non-contiguous square of land within Fond du Lac County is also legally a part of the Village of Kewaskum.[13]

Despite residential and commercial growth, both municipalities protect the area’s rural landscape and natural resources.[14] The Village bills itself as “The Gateway to the Kettle Moraine State Forest.” The Northern Unit of the Kettle Moraine State Forest contains 3,054 acres of the Town of Kewaskum.[15] The Town and Village feature an abundance of rivers and streams, including the Milwaukee River and several of its tributaries.[16] The Eisenbahn State Trail, the longest bikeway in Washington County, cuts through both municipalities.[17] 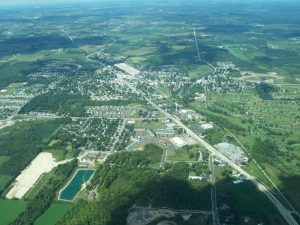 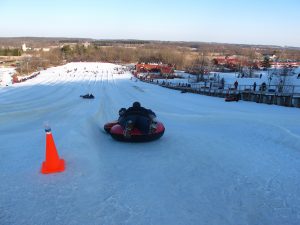