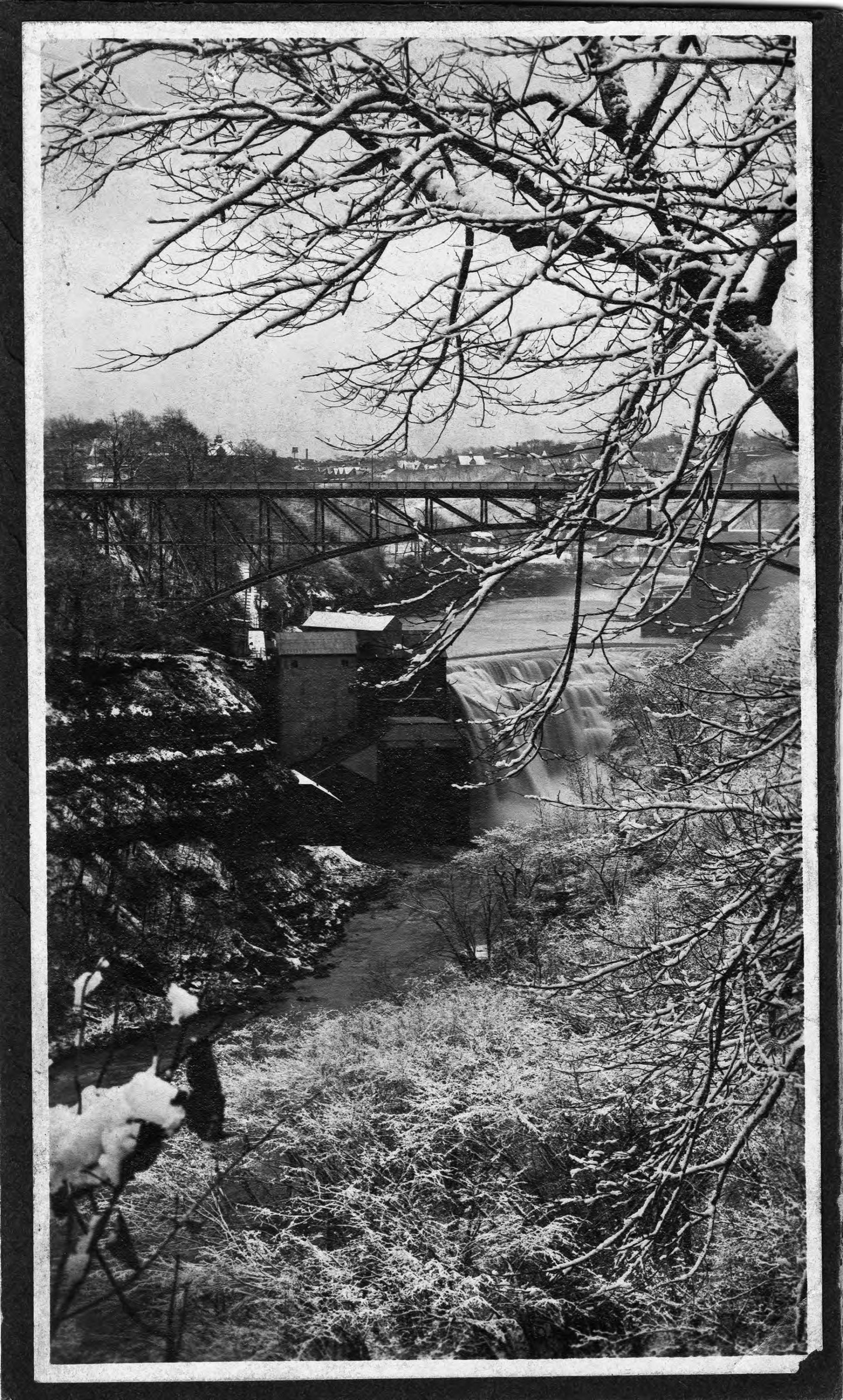 Watermills, structures that rely upon water power to drive mechanical processes, were common features in 19th century Wisconsin settler communities. The earliest of these mills were often sawmills. In addition to processing wood for export, sawmills produced lumber for local use, allowing more ambitious structures to rise alongside the early log cabins. In 1834, Dr. Daniel Bigelow erected Milwaukee’s first water-powered factory when he set up a sawmill beside a small wooden dam on the Milwaukee River near present day N. Humboldt Ave. Two years later Bigelow moved to the Town of Eagle in Waukesha County, where he set up that county’s first gristmill to grind grain into flour.[1] William See, a blacksmith and Methodist preacher, established the Racine area’s first sawmill in 1835, on the Root River at the site of the modern Horlick Dam.[2] Ozaukee County’s first sawmill was built in 1838 along Pigeon Creek by settler and preacher Peter Turck.[3] As migrants settled on rivers throughout southeastern Wisconsin in the 1840s, they built a growing number of sawmills and gristmills to power production of flour and lumber.[4]

Milwaukee’s industrial capacity received an important boost from the construction in 1842 of a large dam across the Milwaukee River near the site of Bigelow’s original sawmill.[5] Part of Byron Kilbourn’s project to build a canal stretching from Lake Michigan to the Rock River in Jefferson County, this dam diverted water into a mile-long canal tracing the Milwaukee River.[6] While the larger canal project was eventually abandoned, the Milwaukee River dam and canal provided water power to the city’s earliest factories and mills, laying the groundwork for Milwaukee’s rise as a major manufacturing center.[7] The city’s flour milling industry began in 1844 when Dr. E. B. Wolcott and John Anderson established a mill.[8] By 1848, the dam and canal provided water power to 25 businesses employing approximately 200 workers, including 5 flour milling companies; an edge tool and scythe maker; a woolen factory; a sawmill; an iron foundry; a tannery; a sash, door, and blind maker; a carriage maker; and a number of wood turning shops.[9]

In the 1850s, many manufacturers began using steam engines to power their mills, foundries, and machine shops.[10] Most firms located on Milwaukee’s canal switched from mills to steam power during the 1860s. Legal conflicts over payments for water, the threat of droughts and flooding, and the destruction of the dam by spring freshets in 1866 and 1867 convinced most owners that steam engines were a more reliable source of power.[11] The abandoned canal was used briefly in the 1870s as a free summertime bathing place for women and girls before the city filled it in in the 1880s. Its route is still visible, however, at N. Commerce St. between N. Humboldt Ave. and Pleasant St.[12]