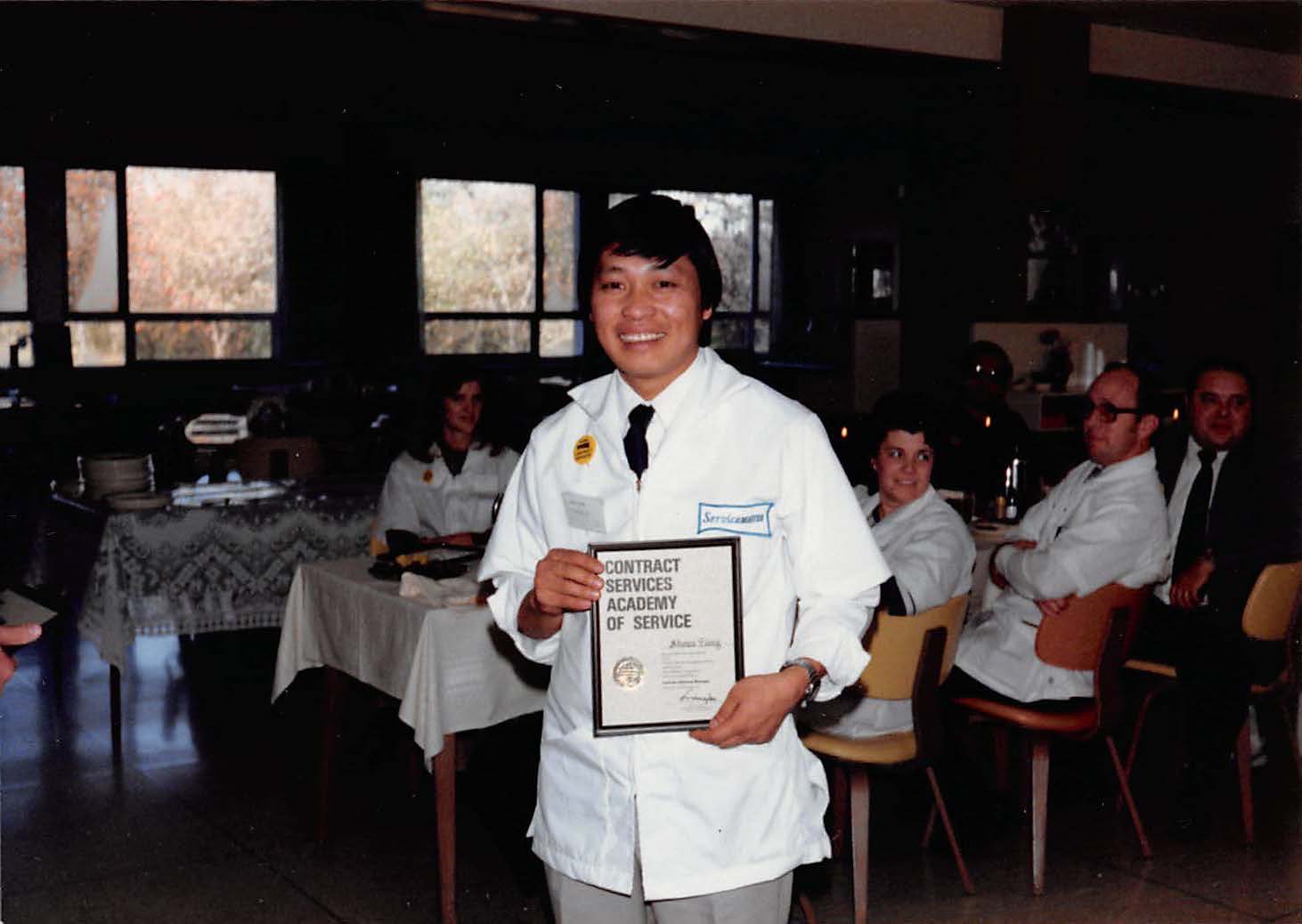 The Hmong came to the United States as political refugees from Laos beginning in the mid-1970s. As a result of their involvement with American military and humanitarian personnel during the war in Southeast Asia, more than 130,000 settled in the U.S.[1] The 2010 census reported the U.S. Hmong population had risen to over 260,000.[2] Almost eighty percent live in three states. The largest population is in California, followed by Minnesota and Wisconsin. Although California has a larger Hmong population, Hmong Americans are a small percentage of the Asian American population in the state. In Wisconsin, the Hmong represent more than one third (38 percent) of the state’s Asian population.

Between 1975 and 1980 about 2,000 Southeast Asian refugees resettled in the Milwaukee area, of which the Hmong represented slightly more than a quarter. Out of the 5,204 U.S. Hmong population in 1980, 550 lived in Milwaukee. The metro area Hmong population increased significantly to 3,400 by 1990. The growth of the population was partially due to secondary migration from other U.S. locations as well as new arrivals from refugee camps.[3] This trend, in addition to a higher fertility rate than the broader U.S. population, resulted in the Milwaukee metro area Hmong population reaching 8,000 in 2000 and almost 13,000 by 2010, which continues to be the largest concentration in Wisconsin. Nationally, the Milwaukee metropolitan area became the fourth largest concentration of people of Hmong ethnicity. The largest concentration in the country is in the Twin Cities (St. Paul and Minneapolis), followed by two cities in California: Fresno and Sacramento.

Life in Milwaukee for the Hmong somewhat reflects the experiences of earlier immigrants from other parts of the world, as well as Hmong who settled in other U.S. urban areas. In Wisconsin, the majority of Hmong community members work in the manufacturing and educational services, health care, and social assistance industries. Because the Milwaukee area is a second migration destination for most of the Hmong population, community members had to depend on a variety of support systems. The ability of refugees to rebuild their lives was greatly influenced by the generosity of American sponsors, both individuals and institutions, in particular those from the faith-based community. In contrast to such support, other local residents have met their Hmong refugee neighbors with resentment and, to some extent, hatred.[4] Joining other disenfranchised groups in deteriorating neighborhoods, some experienced aggression because they were vulnerable newcomers arriving on the turf of more established residents already stressed by social inequality. Language barriers and lack of transferable skills led many to compete for entry level jobs. When unable to find employment, they resorted to public programs designed for the poor in American society. Recent research documents that the Hmong have experienced severe discrimination in rental housing due to their large families and cultural practices.[5] Generally, Hmong prefer to live in enclaves due to a high reliance on their kin. When moving to an area that is perceived as safer, they encourage their relatives to move as well. Physical proximity is very important for sharing resources and assisting with daily activities.

In response to the challenges experienced by refugees, Hmong community leaders emerged to serve as bridges between their communities and employers, sometimes through groups known as mutual assistance associations (MAAs), locally-based refugee service agencies. Such organizations include the Lao Family Community (1980), the Hmong American Friendship Association (1983), and Hmong American Women’s Association (1997). These organizations have contributed to increasing access to a variety of services in the larger community and in reducing welfare dependency by eliminating barriers to employment, such as providing English as a Second Language (ESL) classes and assisting with job search. They have also played an important role in maintaining Hmong culture and its traditions. Music and culture classes are offered to young Hmong Americans. Annual New Year celebrations during November and December allow the young and old to wear Hmong costumes.

In their community formation efforts, a segment of the population invested tremendous time and energy in establishing churches while others continue to practice ancestral worship or animism where the place of worship is in the home. In the late 1970s, the number of Hmong Christians in the U.S. was small. Today, it is estimated that between 10 and 50 percent of the U.S. Hmong population have become Christians, and the Milwaukee Hmong have joined many Protestant and Catholic denominations.[6] Of the roughly 150 U.S. Hmong ethnic churches, 30 are located in Wisconsin, and at least six are in the city of Milwaukee. These Christian congregations have become a new form of extended family. Established in 1980 with just eight families, Grace Hmong Alliance Church, for example, is the largest Hmong congregation in the city. As of 2010, it has over 1500 members, or about 400 families.

While social and religious organizations played a major role in Hmong life, most people survive by working in manufacturing and service jobs, many of which cater to their ethnic group. Hmong in Milwaukee have also become entrepreneurs operating small businesses. In Milwaukee, dozens Hmong-owned businesses ranging from grocery stores to insurance and translation agencies, to a chiropractic clinic, serve the community. Hmong farmers in the Milwaukee area rent land in the surrounding area for seasonal farming. The farmers offer a variety of produce at local farmers’ markets. While seasonal farming does not provide adequate income for the many families involved, parents often use it as a way to teach their children the value of hard work. Hmong parents understand that farming is difficult to pursue in a modern society. Therefore, most encourage their children to pursue higher education. Despite the fact that most are unfamiliar with the American educational system, they associate higher education with success, and thus, encourage their children to do well in school. Because the Milwaukee Hmong population is heavily concentrated within its city limits, the majority of Hmong American children attend inner city public schools. However, as of 2011, some parents participated in the city-suburban transfer program and send their children to suburban schools. The Hmong American Peace Academy (HAPA), a charter school focused on Hmong history and culture, was established in 2004 by a group of community leaders. By 2011, the school served more than 1000 students in grades pre-kindergarten to high school. At the post-secondary level, Hmong American students have access to numerous institutions in the area, as well as in neighboring cities. As of the 2010s, over 500 Hmong American students were enrolled at the University of Wisconsin-Milwaukee, the largest Hmong population of any of the schools in the University of Wisconsin system. About 300 Hmong students attend Milwaukee Area Technical College (MATC). 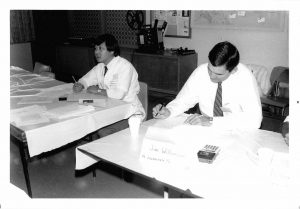 Population numbers give the reader a sense of certainty and clarity, but sometimes it is useful to take a look at where they come from and how they might be interpreted.

The data in the entry derive from the U.S. Census of Population from 1980 to 2010 and from the American Community Survey (ACS). The census and ACS ask several different questions that can be used to identify a race or ethnic group, including a question on race, place of birth or nativity, ancestry, or language spoken. The most common question used for the Hmong is the race question, which includes the Hmong as a write-in category in the “other Asian” population. So, if a person writes on the census form that they are “Hmong” on the race question, the person is added to the tally.

But census responses are sometimes ambiguous, and sometimes people do not write in that they are Hmong in answer to the race question, perhaps just checking the “other Asian” box without writing in a term. Later in answer to additional questions, they may respond that their ancestry is Hmong, or that they speak Hmong at home. Should they also be considered part of the Hmong community?

That question “bedeviled” census takers and scholars alike, and recently scholars Wayne Carroll and Victoria Udalova have argued that using a broader definition of Hmong would increase the size of the Hmong community by 18 percent in 2000. They analyzed the census microdata files that the Census Bureau publishes after each census, and included the broader definition of Hmong.[1]

As they write, “The definition of ethnic groups has bedeviled scholars and policy makers for decades…Our study …shows…that the usual definition …—based only on the respondents’ answers to the race questions—excludes a large number of people who identified themselves as Hmong elsewhere in the Census.” If, they suggest, the definition is expanded, “we obtain a more accurate picture of the Hmong community.”

What do you think? How do we measure race and ethnicity?