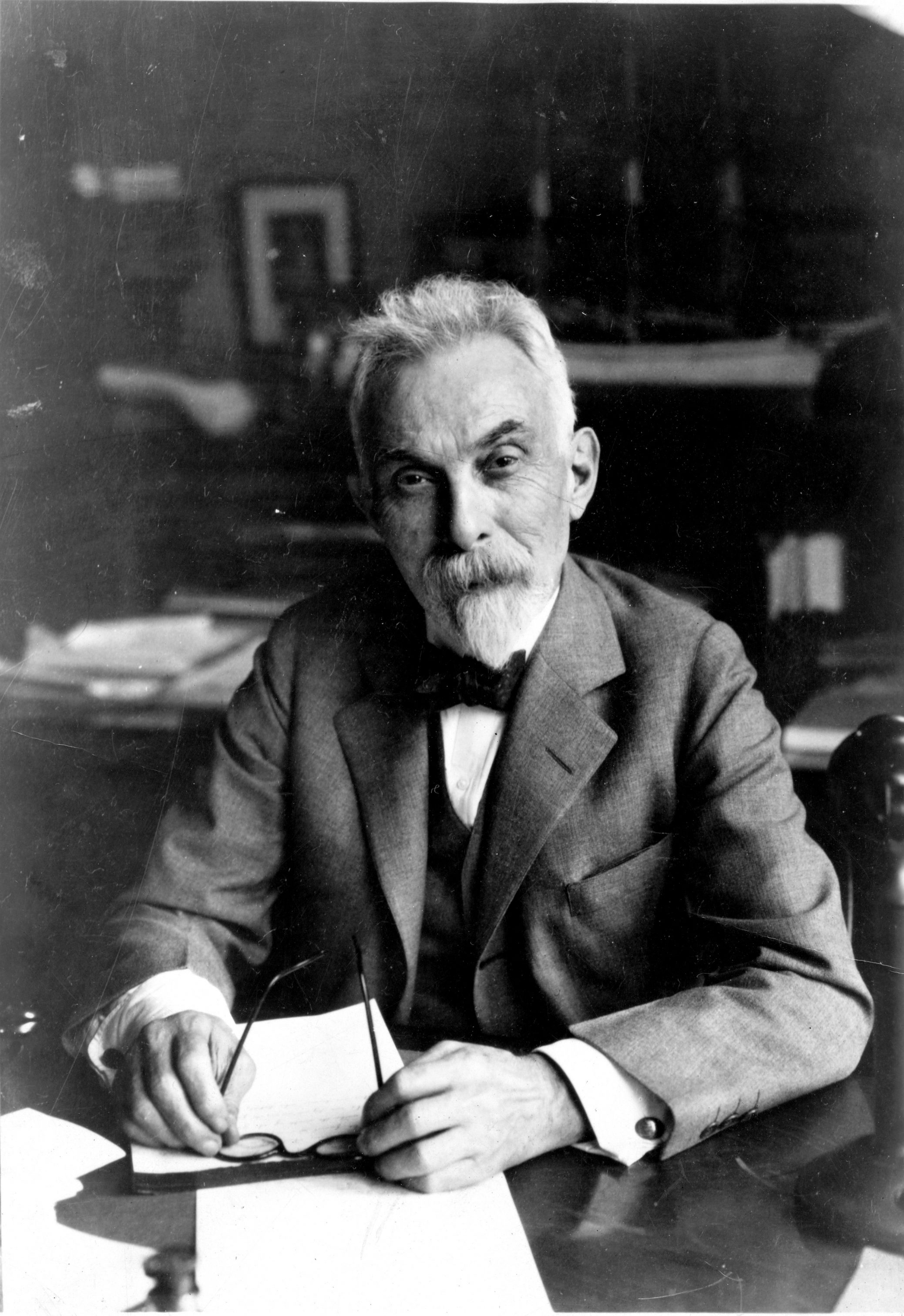 William George Bruce (1856-1949), a publisher and civic activist from a largely German North Side ward, was born to Augustus F. and Apollonia (Becker) Bruce on March 17, 1856. Bruce’s paternal grandfather had moved to Milwaukee from New York in 1842, four years before cityhood. A hip ailment left young William an invalid at the age of seven and he spent the following four years confined to his home. A “crippled and pale-faced lad,” in his own words, he was unable to fulfill his father’s wish that he become a sailor.[1] At the age of twelve Bruce went in search of a less arduous occupation, and subsequently worked in a crockery booth, a soda water factory, and finally found his niche in cigar making. Bruce spent two years in rural Mineral Point during the early 1870s honing his new trade, and shortly afterwards (having recovered from his childhood illness), decided to see the world. He traveled around the Midwest, residing briefly in Louisville, where he worked in a picture frame factory. Upon his return to Milwaukee, Bruce re-entered the cigar-making profession. In 1874, he was offered a clerical job at the Milwaukee Daily News.[2]

Bruce’s stint at the Daily News introduced him to the business world, where he excelled. He worked as cashier and bookkeeper for the paper, overseeing its advertising and subscriptions. Bruce went to work for the rival Sentinel in 1880 and remained there as a bookkeeper and later as advertising manager for the next eleven years. Bruce married Monica Moehring in May 1881; the couple had three children.[3] He left the Sentinel in 1891 to work on the American School Board Journal, one of many publishing ventures Bruce would undertake in his lifetime. Having been prevented from attending school as a child, Bruce had a strong appreciation for education and attended night school for years as an adult. He was a member of the Fifth Ward School Board, served two terms on the citywide Board of Education, and was instrumental in bringing the annual meeting of the National Education Association to Milwaukee in 1897. Bruce took great pride in the fact that both of his sons graduated from Marquette University.[4]

Bruce entered politics in the mid-1880s, but did so reluctantly, only out of a sense of civic duty. An active Democrat, Bruce belonged to the Jackson Club and the Jefferson Club. He was elected city and county chair of the party, and helped bring David Rose to the mayor’s office in 1898. After three years as tax commissioner under Rose, Bruce ran unsuccessfully against the mayor in the 1908 primary.[5] Bruce was a fixture in Milwaukee’s civic community, directing the campaign to bring a large auditorium to downtown, chairing the school system’s exhibit committee during the World’s Columbian Exposition in Chicago (1893) and the Louisiana Purchase Exposition in St. Louis (1904), as well as repeatedly lobbying in Washington on behalf of Great Lakes interests. An advocate for a St. Lawrence Seaway and Milwaukee harbor improvements, Bruce served as a director of the National Rivers and Harbors Congress and president of the Great Lakes Harbors Association of the United States and Canada. The Bruce Publishing Company produced an amazing array of magazines, journals, and educational textbooks. Bruce himself authored many books, including a memoir and several histories of Milwaukee, all of which reveal his lifelong fascination with in the city’s political, commercial, and cultural development.[6]