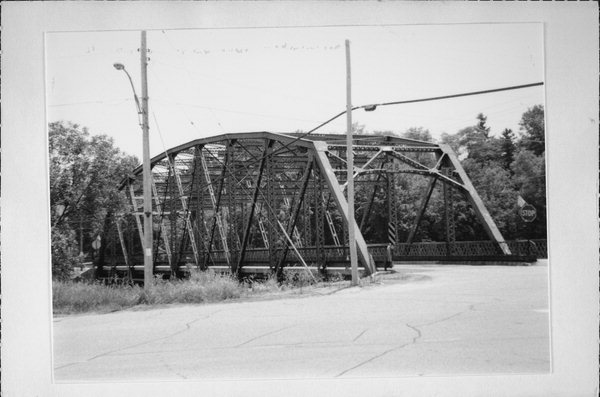 The area that later became the Village of Newburg follows several bends in the Milwaukee River and was first settled by Barton Salisbury in the winter of 1847-1848.[3] Salisbury recognized the benefits of harnessing the power of the Milwaukee River’s rapid current as it flowed through the area. By the end of the 1840s, he had built a sawmill, a gristmill, and a dam. The fledgling industry in Newburg was focused on logging and milling, as the first surveyors and settlers to Newburg and the surrounding Town of Trenton found a densely-wooded forest upon their arrival in the late 1830s. Also present in the early settlement was an ashery, which made use of the abundant ash, a byproduct of clearing the land of trees. Asheries produced pearlash and potash, a chemical leavener and fertilizer, respectively; both products served important purposes in frontier Wisconsin.[4]

Until it was demolished and replaced in 2003, one of the last steel truss bridges in Wisconsin stood in Newburg. Built in 1929 by the Wisconsin Bridge and Iron Company of Milwaukee, the original bridge made up a section of Main Street (County Highway MY). The bridge crossed a 150-foot span over the Milwaukee River on the west end of the Village’s central business district; a new concrete bridge crosses the same length.[5]