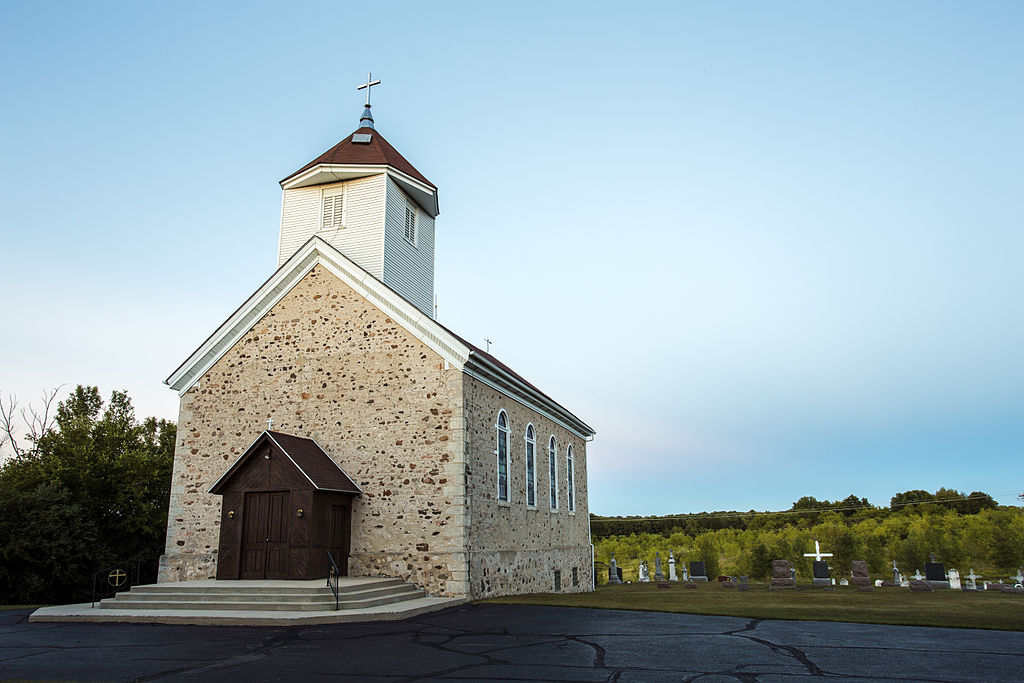 The Town of Trenton is located on the eastern edge of Washington County and originally occupied a six-mile square, or thirty-six square miles of land. This land area diminished after an extensive series of annexations by the neighboring Town of West Bend, the construction of the West Bend Municipal Airport, and the incorporation of the Village of Newburg (which was originally a hamlet located within the original Town limits).[1] In 2010, the Town occupied 32.83 square miles.[2]

Established on March 11, 1848, the Town of Trenton attracted white settlers more than a decade earlier, upon the regional completion of the U.S. Public Land Survey.[3] In 1836, the City of Milwaukee’s first mayor and co-founder Solomon Juneau and other land speculators started purchasing land in the Town of Trenton; Juneau’s property lay along the Milwaukee River. By the mid-1840s, settlement concentrated in the hamlet of Newburg, located in the eastern part of the Town. A sawmill, a gristmill, and a dam, all built in the late 1840s, harnessed the power of the Milwaukee River.[4] This infrastructure and the resulting opportunities for trade and commerce attracted residents to the little hamlet, which was officially incorporated as the Village of Newburg in 1973.[5] A second hamlet, Myra, grew in the central part of the Town, along another bend in the Milwaukee River. By 1881, the two urban centers housed post offices that served the Town of Trenton.[6] Myra remains an unincorporated community within the Town of Trenton in the 21st century.[7]

Between 1845 and 1848, migrants from the eastern United States occupied nearly all the available farmland in Trenton. By the early 1880s, most residents of the Town were German immigrants and their children.[8] Much of the dense forest that early settlers met was cleared by the late nineteenth century, and the principal industry in the area became farming. The local economy also relied on cattle and dairy farming; a large cheese factory was located in the western part of the Town.[9]

The Milwaukee River roughly bisects the Town of Trenton today. State Trunk Highway 33, an east-west thoroughfare that links residents to the larger urban area of West Bend, follows the path of the Milwaukee River through the Town of Trenton. The area also includes an abundance of small lakes and ponds, as well as the North Branch of Cedar Creek.[10]